Stage managing from Calvin to NYC 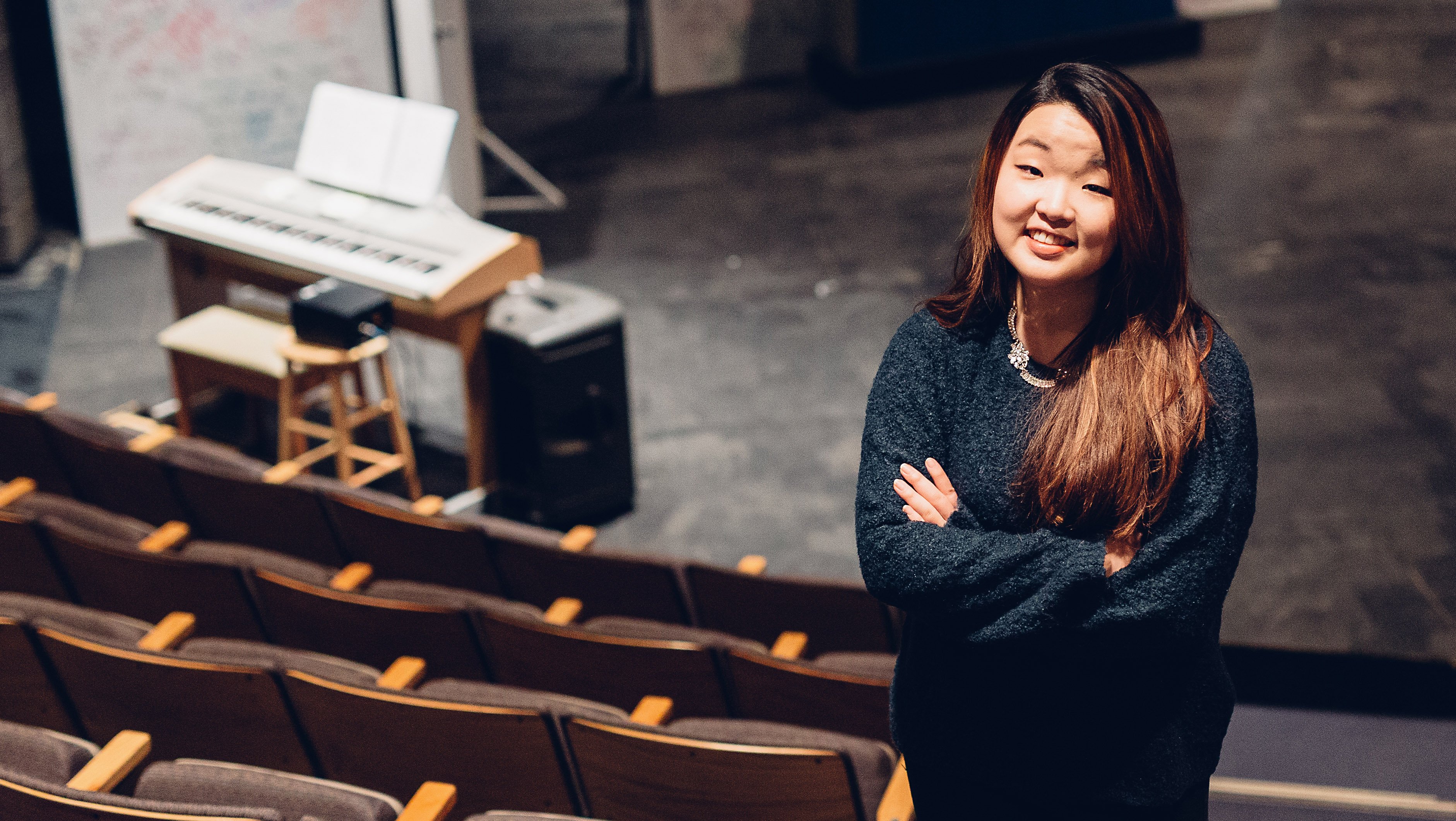 Sharon Suh '16 is spending this summer interning for The Delecorte Theater in New York City.

That’s advice Sharon Suh ’16 was given by one of her professors over coffee a couple of years ago at a time when she was uncertain about her future. She’s held that advice dear to her heart.

Since having that conversation, Suh has adopted a one-step-at-a-time mentality in journeying from stage managing for the Calvin Theatre Company (CTC) to interning with a stage production team in New York City.

“I was never the ‘drama kid’,” Suh said. “Theatre was something I never expected myself to dive into, but I always enjoyed watching shows and was involved in a show in high school. I do stage managing because I’ve never been one to like the attention on me, although I enjoy acting and it’s definitely fun.”

Suh’s theater experiences, along with studying religion, gave her a vision for what she aspired to do with theater in the future. “I’ve come to believe that every Christian should study theology because it’s so foundational for our faith in coming to know God,” Suh said. “In my ideal world, I’d love to integrate theology and theatre together, to make it more applicable and friendlier. I’m still figuring out how I’d get there, but theater for me is a way to tell a story; it’s one of the most effective ways to tell the truth without actually giving answers to people.”

Suh is spending summer 2016 interning for The Delecorte Theater in New York City. She’s working with a six-person stage production team on the musical adaptation of William Shakespeare’s play, Twelfth Night. With this internship, Suh formats changes in the script through Pages and redistributes the script to the cast, along with performing other miscellaneous tasks.

And as a Korean born in the Philippines and raised in Botswana and South Africa, Suh is thankful that she’s learned how to appreciate the culture and ideas of other people.

“There are all these different experiences and cultures that I’ve had to adapt to, which, especially in a country like America, makes me very sensitive to the people I’m with,” Suh said. “Because I’ve always had to adapt, I feel as if I’m always considerate of the other person. I have to read what the other person is like and adapt to that.”

Suh plans to continue living a life devoted to God, one day at a time, wherever He leads her. “Right now, me doing theater is my way of expressing my love for God, and it’s okay not to know what I’m going to do in my future,” she said. “The question [in college] should be, ‘How are you using what you’re learning to express how you love God?’ [instead of] looking for correct answers. College is a time to be lost as much as you can.”