Spreading the word on Honest Tea from Washington, D.C. 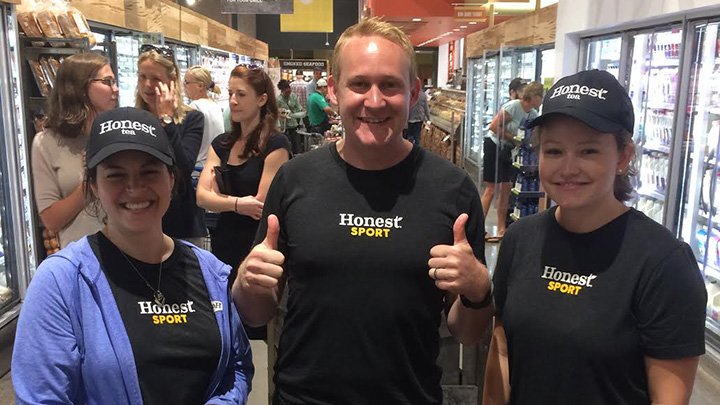 Before Austin Graff ’07 moved into his dormitory at Calvin, he had traveled to more than 60 countries other than Russia, where he was raised. Now, as the social media manager for Honest Tea in Washington, D.C., Graff is surrounded by, working with and reaching people all over the world, while pursuing his passion for international relations.

“My parents did a lot of ministry work, but also a lot of development work in Russia, Kazakhstan and Central Asia. I also went to boarding school in Germany,” he said, “so growing up in those contexts shaped my view of the world. That’s why I wanted to work with international development or policy."

After graduating with a bachelor’s degree in history and international relations, Graff worked at International Justice Mission from 2007 to February 2015.

Once transitioning to Honest Tea, Graff began overseeing all social media progress and action. He also manages the company’s ambassador program, where he trains individuals in getting the word out about Honest Tea and fair trade. However, this isn’t the extent of his work.

“Our CEO really wants us to have a 360 view of the company, so we do a lot of other things outside of our positions,” he said. “I was in New York for a trade show and a local Whole Foods launching the new Honest Sport drinks.”

Graff loves working with Honest Tea for its ethical approach to business, and he loves working in social media for the relational aspect. “Social media is all about human connection, so that will always be my favorite part,” he said. “It’s been really cool to work with consumers and hear about questions, complaints or brand loyalty. It’s also cool to get to know some of our fans and learn from them and see their reactions to our products.”

In addition to managing the consulting firm he created in August 2014, Graf(f)ted Consulting, Graff hopes to continue capitalizing on opportunities to work with people and promote ethical sourcing.

“I’m very cause-driven,” he said. “What led me to Honest Tea was the fair trade initiative and how much money they give back to help end poverty. I definitely want to stay in this same thread of work, with a non-profit or even corporate social work.”

Graff’s passions were cultivated in a number of ways as a Calvin student. Between serving on student government, working as a lead tour guide and studying abroad in China and Kenya, Graff’s experiences reinforced a mindset of boldness and excellence toward his future work.

“My professors really stressed to go out into the world,” he said. “Every class I took reinstated that, whether you’re a garbage collector or a lawyer, [you are called to] redeem this world for Christ. That instilled in me a work ethic and a value of excellence, to see life as an adventure and try my best.”

Graff is thankful for the perspective he has gained since working with Honest Tea and the progress he has seen through organizations and companies both similar to and different from Honest Tea.

“When I was at Calvin, I thought I would only work with a non-profit,” he said. “But it’s cool to see that there’s a lot happening in the world that’s still good and positive—that there are other ways of doing good that include working for profit companies. There’s a lot more hope in the world than I thought.”

Graff and his wife, Theresa, are passionate about living intentionally in urban settings, so they hope to continue being influential citizens of D.C. by being involved in their church and various aspects of their community.