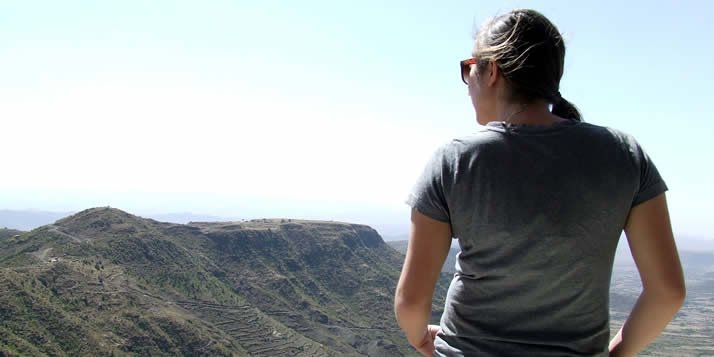 She was in the middle of teaching a GIS workshop when Calvin senior Emma DeVries realized that all of her students had graduate degrees. DeVries, a geography, geology and environmental studies and Spanish major, and Calvin geography professor Jason VanHorn spent the January interim in Ethiopia teaching that nation’s geographers how to use geographic information systems (GIS) software.

“As a young woman from America, to come and teach these masters and PhDs in geography, it was very stretching for me and very challenging—but it was also very moving,” she said.

DeVries and VanHorn were in the country to assist Calvin geography professor Jonathan Bascom with his sabbatical project. Funded by a Fulbright Research Grant, Bascom is creating a digital atlas of Ethiopia, and he built the GIS workshops into the project. (Van Horn and DeVries had previously worked together on a project that mapped terrorism in Madrid.) VanHorn agreed to teach them, and DeVries signed on as his teaching assistant. They landed a grant from the Kuyers Foundation for Christian teaching and Learning to underwrite their travel and workshop expenses.

Before they joined Bascom in Ethiopia, DeVries and VanHorn spent a lot of time in the GIS lab, crunching data from the Ethiopian census: population demographics, economic data; physical data, digital elevation models; data on health, religion, literacy and education. The data would become part of the digital atlas and, they hoped, a part of the Ethiopian teaching arsenal. Educators in Ethiopia often don’t have access to information about their own country, DeVries said: “Ethiopia is an impoverished country; part of the poverty is data poverty.”

In January, DeVries and Van Horn flew to Addis Ababa, where they spent a couple of days getting oriented to the country and meeting officials at the U.S. Embassy, the funders of the workshop. They then moved on to Bahir Dar, where they met up with Bascom, his family and his planning committee. In preparation for the workshop, the embassy built a GIS workshop at Bahir Dar University, featuring 24 new computers with ArcGIS 10 software. The finest geospatial lab of any university in the country … ,” DeVries described it. “This technology was a huge bonus for this university.”

Twenty-four geography professors from universities throughout Ethiopia attended the GIS workshop—a phenomenon that DeVries credits to Bascom’s skills in networking. Some workshop participants had never touched GIS software before. Others had some degree of knowledge of the system. “To build this atlas, we didn’t just want GIS experts,” DeVries said. “We wanted geographers who could bring the expertise of their subfield to this project … I mostly led the beginners and Jason led the advanced learners.”

As the geographers progressed in their GIS skills, DeVries enjoyed listening to their insights on their work. They would explain how their maps showed that the country was nomadic or agricultural or suited to a particular crop. “I learned so much from all of them, in part because they were the subject of the geography,” she said.

She also appreciated how the geographers worked together: “One of our big goals was to build collegiality, to bring cartographers together from all over the country to foster teamwork. It was Bascom’s dream to create teamwork with it and to help to foster a more collaborative spirit,” she said. At the workshop’s end the group decided to establish the Association of Ethiopian Geographers, a re-founding of a now defunct Ethiopian geographical association. “These geographers have discovered a new passion for working together as geographers,” DeVries said.

DeVries had to draw on a wide range of skills to teach a group of credentialed geographers, said VanHorn. “She just shined and excelled and flourished in that context … She took on responsibility to not only engage the faculty but lead them,” he said “We were a team. Even though she had the title ‘teaching assistant,’ she was a key member of the team to provide leadership and even vision for what we were doing there.”

The trip wasn’t all teaching and mapping. DeVries did some sightseeing, including a trip to a coffee farm, where a woman performed a traditional Ethiopian coffee ceremony: “She roasted the beans and ground them in a mortar and pestle and made three cups of coffee. She served them with popcorn, actually,” DeVries said. And she cherished rickshaw rides to and from the university because they featured commentary from the driver, Dashu, on Ethiopian culture, the Ethiopian church, the city of Bahir Dar and his life story. (Both DeVries and VanHorn count Dashu and Bascom’s wife, Betsy, as crucial members of the project.)

Back at Calvin, DeVries is thinking about graduation, a gap year, a possible internship, maybe graduate school, maybe seminary. “I love theology,” she said. “If I could have had a fourth major at Calvin, it would have been religion.” She is interested in creation care and environmental issues and the church’s role in these issues. She would like to work as a geography professor, and she’s got her eye on Latin America. She would love to go back to Ethiopia, and she remembers the workshop as a blessing: “We brought them together. We brought GIS skills… We brought discs full of data that they could bring home to improve their teaching and their research,” she said. “But they know Ethiopia. They taught us so much.” 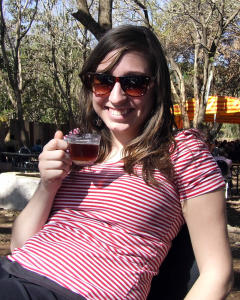 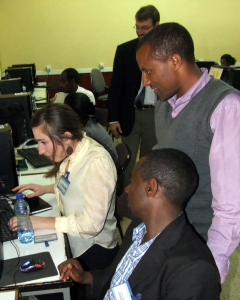 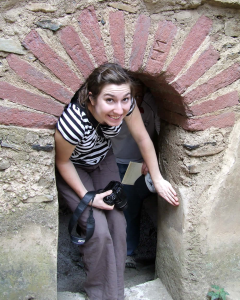 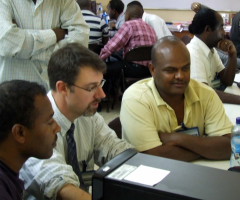 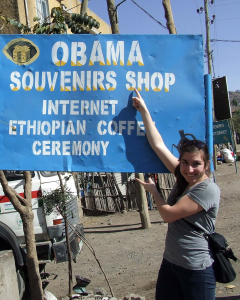