Scholarship beyond the disciplines 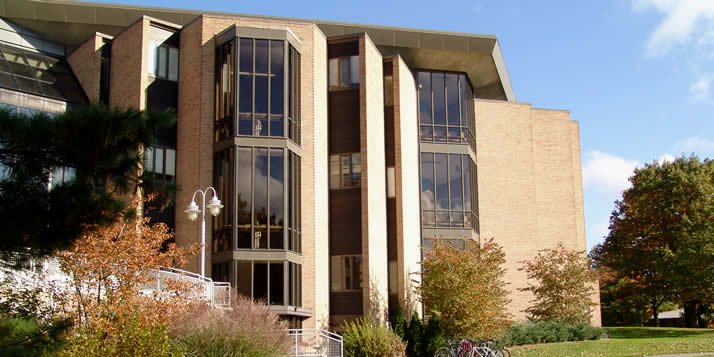 The launch of Calvin College’s Integrated Science Research Institute (ISRI) was held at 3:30 p.m. Oct. 1, in the atrium of the Science Building. The event attracted over 100 Calvin students, staff and faculty, spanning the disciplines.

The launch of Calvin College’s Integrated Science Research Institute (ISRI) was held at 3:30 p.m. Oct. 1, in the atrium of the Science Building. The event attracted over 100 Calvin students, staff and faculty, spanning the disciplines: “I saw people from the art department, and I saw students from a visual rhetoric class. All of the departments from the science division were represented,” said professor of mathematics and statistics and ISRI director Randall Pruim.

Guests were served cake and punch, and, following conversation, they shuffled into Science Building 010, where Dr. Brad Smith spoke about his multi-disciplinary career. Smith is the associate dean for creative work, research and graduate education and an associate professor at the School of Art and Design at the University of Michigan. He is also a research associate professor in the department of radiology at the University of Michigan Medical School.

Pruim regarded Smith as the ideal lecturer for the launch of the ISRI, which was founded in April of 2008 to foster collaboration across the disciplines in Calvin’s science division. “He combines so many different things: the science, the art,” explained Pruim. “He is also ideal in that aspect because he has done a lot of interesting (computer) visualization.”

Smith lectured on his cross-disciplinary approach to research: “Knowledge does not exist in the disciplines; it exists in its own right,” he explained. Smith argued that if the disciplines work together, greater work can be accomplished: “I think when it’s done well, it asks larger questions that have more impact across audiences.”

With or without sound

Smith illustrated the power of his approach by showing his animated sequence of the development of a fetus. He played a second version of the clip that featured the soundtrack of a child’s song by two Peruvian girls. He then asked the audience: “What happens if we add audio to them? Does it change the meaning? Is it listened to more readily?”

Pruim considered the event a good springboard for the ISRI: “It gives people a glimpse of the power of visualization, to inspire people to pursue things in that direction. It’s underway, the first event, getting out that we exist,” he said of the ISRI, “and thinking about the future things to do.” 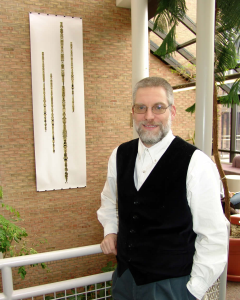