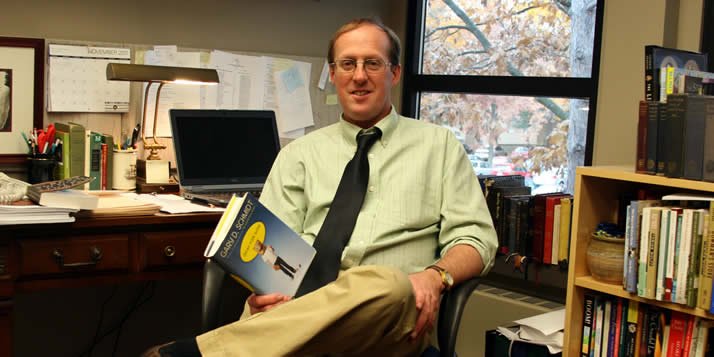 Okay for Now, the latest young adult novel by Gary Schmidt, could win top honors from the National Book Association.

Gary Schmidt wasn’t home on Oct. 12 when the National Book Association called. He had to call them back. That’s when he learned that his latest novel for young adults, Okay for Now, was a finalist for the National Book Award. Schmidt’s book shares the young people’s literature category of the awards with five other titles.

“It’s one of those really once-in-a-lifetime things,” said Schmidt, a 25-year veteran of Calvin's English department, “and the really, really cool thing about it is that it’s an award decided by your fellow writers.”

Okay for Now is the story of 14-year-old Doug Swieteck, a “beat-up kid from a hostile home” who can’t read. Doug comes across a first edition of Birds of America by John James Audobon that is owned by his hometown library. He learns the townspeople are selling the plates from the book—each of which can fetch 10s of thousands of dollars—and he sets out on a quest to recover the illustrations.

“He finds that he wants one thing in his life that’s whole, one thing that’s complete because everything else in his life is a mess,” Schmidt said. The quest is both external and internal because what does it mean to be a whole person?” Schmidt said.

In reviewing the book for The New York Times, Newbery-winning author Richard Peck wrote: “I read it all through misting eyes. Flirting with despair on its way to affirmation, Okay for Now is about how one kid, among legions, has to reach beyond his family for help from the other adults in his life to give him a hand.”

The author of 10 novels for young adults, Schmidt confessed he is intrigued by coming-of-age stories: “It’s such a transition …,” he said. “You’re leaving childhood behind and heading toward adulthood.” He also admits a pre-occupation with young protagonists who are recovering from abuse: “I think it’s good to have a story in which the kid is deeply wounded, but comes out of that,” Schmidt said. “The title Okay for Now—it’s a big deal that he can even say that.”

In a 20-year career of writing for young adults, Schmidt has received numerous honors, including two John Newberry Honor Awards from the American Library Association, the first in 2005 for his novel Lizzie Bright and the Buckminster Boy and the second in 2008 for his novel The Wednesday Wars.

Schmidt will attend the National Book Awards ceremony on Nov. 16 in New York. “Somewhere on Wall Street,” he said. “Can you imagine? It’s exactly the wrong time to be on Wall St. wearing a tux.” At this date, he hasn’t prepared his speech: “You only talk if you win,” he said.

Gary Schmidt lives on a farm in Alto with his wife, Anne, also a writer. The couple has six children: James, Kathleen, Rebecca, David, Ben and Meg. 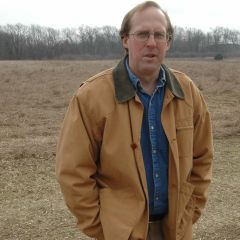 At home in Alto 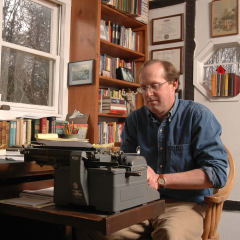 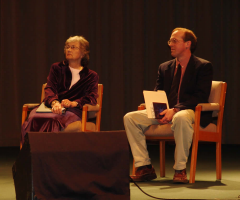 My Name is Not Easy by Debby Dahl Edwardson

Inside Out and Back Again by Thanhha Lai

Flesh and Blood So Cheap: The Triangle Fire and Its Legacy by Albert Martin