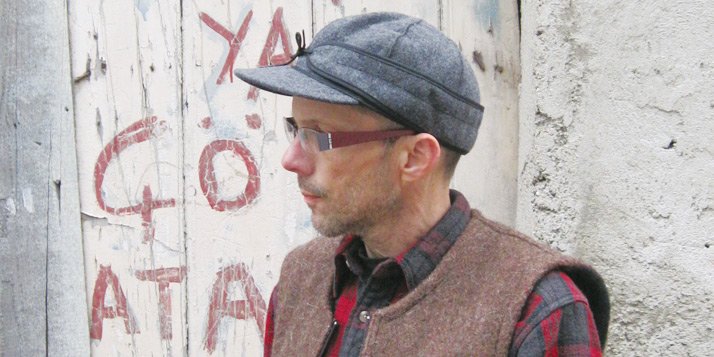 Doug Howard is writing a history of an early-modern empire that is powerful, prosperous and melancholic.

Growing up in a military family, history professor Doug Howard did two tours of duty in Turkey, and he’ll be returning there this summer through a grant from the National Endowment for the Humanities. The grant, from the NEH’S Summer Stipends program, will allow Howard to research and write a chapter of his book Amid the Ruins: A History of the Ottoman Empire, 1300-1924. (The NEH Summer Stipends program supports individual research of value to scholars in the humanities or to general audiences.) A member of the Calvin faculty since 1988, Howard is a three-time director of the college’s Semester in Hungary program and is currently wrapping up a stint as director of the Semester in Washington, D.C.

What is your research project?

The research project I received support for is a piece of a larger project. It is for a chapter of a book that I am writing called Amid the Ruins: A History of the Ottoman Empire, 1300-1924. The main theme of the book is what I would call the paradox of Ottoman history—an early-modern empire of immense power and prosperity, yet with a pervasive cultural melancholia. The title evokes a stock image of lyric poetry in the classical Arabic, Persian, and Ottoman worlds: that of a lover standing in the just abandoned empty campsite of his beloved.

The image has several meanings. I use it to refer to the staging of Ottoman history in ancient lands with long histories, in southeastern Europe, Asia Minor and the eastern Mediterranean from the Nile to the Tigris rivers. But I also use it to refer to the human experience of grief and loss—some from recurrent acts of God such as earthquakes, epidemics, drought, famine, storms, fires, and the like—some from self-inflicted wounds like war and slavery, some from relentless existential challenges, especially the challenge of coping with the passage of time …

So the book uses insights gained from emotions history, environmental history, migrations history and related recent research to get at the role of an Ottoman worldview in a history of the Ottoman Empire. My plan is that the book will have seven chapters. The project is a little more than half done. The NEH summer stipend will support the research and writing of chapter five.

How did you "happen upon" this topic?

I was offered the project by an editor from Cambridge University Press. The editor was familiar with my earlier work as editor of the Turkish Studies Association Bulletin and my History of Turkey, published in 2001 by Greenwood Press. I suppose she thought I might have both the experience and the tools to write another big, synthetic history.

The press intends that the book will appeal to academic colleagues of mine who are looking for a book to assign their undergraduate students in courses on Middle Eastern or European or world history, and also to interested general readers. There are only a handful of histories of the Ottoman Empire out there to choose from, and most of those available cover only half the span of the empire's history, either the first half, to about 1700, or the second half, from roughly 1700 to the empire's collapse at the end of World War I. In comparison to these, my book will be the first to focus on Ottoman worldviews.

Surprising as it may seem, published survey histories of the Ottoman Empire do not give much attention to this topic or to religion, broadly speaking. Ottoman religion is not unknown—whether it is Islam in general or Sufi Islam, or even Ottoman Christianity and Judaism. Yet the surprise is that this knowledge of Ottoman religion does not often make its way into general histories of the empire except in superficial ways. So my book tries to integrate religion, culture, politics and the economy in a more well-rounded interpretation of Ottoman history.

Why did you focus on worldview for this project?

It is not coincidental that I should focus on worldviews. After all, worldview is a concept of deep interest to Calvin faculty members. For me the connection between this project and my personal life was even deeper. When I was offered the project by Cambridge, my wife was in the middle of breast cancer treatments. Sandy survived this. I began writing a more or less conventional political and economic history of the empire, but as dealing with the experience of cancer began to transform our own inner lives, I started over and rewrote what I had written. I began reading Ottoman Islamic mystic poets and found myself drawn to write about how human beings cope with common experience of pain, grief and loss. And I found evidence of this all over the original Ottoman sources, in ways that few historians have recognized and almost none have written about at all—let alone in general histories of the empire.

My greatest pleasure in teaching is to watch the light of insight dawn in students’ faces, especially in the core course "History of the West and the World."