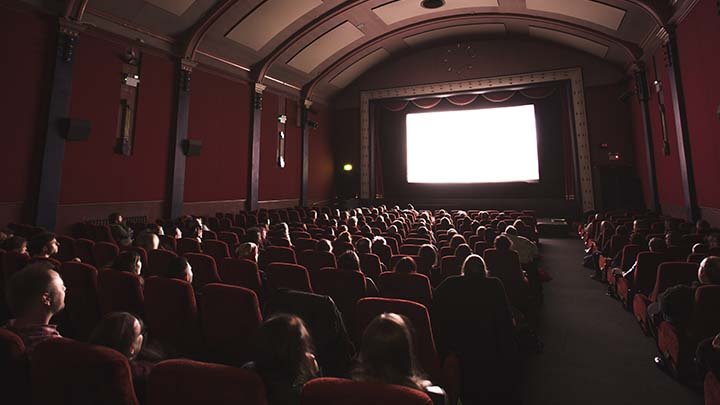 Can one’s moral understanding be shaped in just two hours, and through a movie? Can discussions afterwards shape what we take away from those 120 minutes?

These are questions Carl Plantinga, professor of film and media at Calvin University, is trying to answer. Along with a team of experts, he has received a $1 million grant through the Templeton Religion Trust’s “Art Seeking Understanding” Initiative.

“People sometimes assume that the stories we read and see are mere entertainment and have no effect on us,” said Plantinga. “As researchers, we don’t believe that’s the case. What besides a screened narrative has the capacity to keep our attention for two hours straight, all the while eliciting emotions like curiosity, fright, and suspense? And we know emotions can make a deep imprint on us. Storytelling can make an impression that leads us to ideas and action, may reinforce ways we already think, or cause us to rethink things we responded to and thought of in a certain way.”

Both the impression and popularity of screen stories makes understanding the power they have on shaping viewers so important. It can help inform teachers on what sorts of stories to share with students and parents on what to expose their children to.

But Plantinga says their project, titled “Character Engagement and Moral Understanding in Screen Stories,” is not about trying to police one’s movie choices, but rather helping people understand how surprisingly impactful the stories we consume can be.

The More You Know

The project will also help bring understanding to how post-viewing discussions can shape what someone learns from screen stories. How does someone talk about the movie with their family, friends, or in their classes, and how can films be used as prompts for learning after the screening ends?

“A movie is what people might call an engine of attention. It has very powerful ways to draw your attention while moving you simultaneously,” said Plantinga. “It’s like you’re on a train track and the conductor takes you down a path where he or she is going to give you a strong impetus to think and feel a certain way about what you are seeing. That can have a marked impact on us.”

Under what conditions this impact occurs is what Plantinga and his colleagues Allison Eden, Daniel Levin, and Murray Smith will be working to understand. Plantinga, who has spent much of his 22-year career at Calvin studying and writing about the impact of movies on viewers, including in one of his books Moving Viewers: American Film and the Spectator’s Experience, is the project director. Eden, a professor at Michigan State University, who has spent her career thinking about the effects of media on people’s moral lives, is project co-director. Levin is a psychologist at Vanderbilt University, bringing a specialty in viewer’s bodily engagement with films and how that relates to their thinking. And Smith is a film theorist with expertise in how viewers engage with characters in a story.

“Many academics and researchers in different disciplines have been interested in these topics, but they use different methodologies and terminologies,” said Plantinga. “It is a bit of a Tower of Babel. We want to create an interdisciplinary group of scholars who learn to talk to each other about these issues and learn about each other's research across disciplines. We think this project will be a jump starter for more research in this area from varied perspectives.”

The work the team is doing will no doubt contribute to academic research, but Plantinga hopes the ripple effects of this will extend much further.

“I’m hoping that filmmakers, in the way they are writing and making films, would become interested. If you think of storytelling as having potential to make us a better society, why would you not want to look into the possibility of incorporating that into your own work,” said Plantinga.

“Calvin’s mission is to understand and redeem culture, and since stories on screens are such a fundamental part of our culture, it’s pretty clearly part of that mission,” said Plantinga. “Films and film characters can move us deeply, can leave an impression, can imprint themselves into our memories. These stories we see on screens are pervasive and powerful. They aren’t going away, so we are asking ‘is there some way to understand their power on us better and how they might have a positive impact on our lives?’”