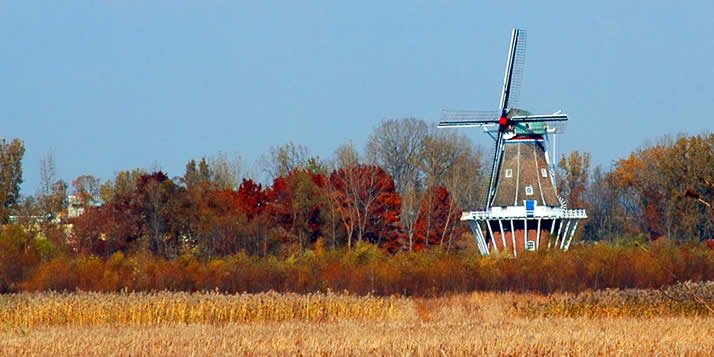 In mid-October, Henk Aay, a professor of geology, geography and environmental studies showed a Calvin audience a bit of the 1930s film Land Builders, a clip describing the Netherlands as a place of “wooden shoes and windmills and cleanliness and cheese.” The mention of those classic Dutch hallmarks (in the narrator’s Britich accent) drew a smile from Aay and a chuckle from the crowd. But the film went on to describe the many ways in which the Netherlands was changing, the ways in which World War II had decimated the country. It ended with a plea for American audiences to help rebuild the land the Dutch had themselves built, where previously there was only sea.

Land Builders holds the record as the most-viewed film in the library of the Netherlands Information Bureau (NIB) in Holland, Michigan. Established by the Dutch government in 1942, the Holland NIB, like its counterparts in London, New York City and San Francisco, sent out a steady stream of promotional materials, including documentaries and promotional films, to American audiences.

A new look at the Netherlands

“The purpose of the NIB,” said Aay, who serves as the Meijer Chair in Dutch Language and Culture at Calvin, “was to cultivate a more positive and informed image of the Netherlands among the American public and thereby garner support for Dutch political goals for the United States—such as fighting Germany and Japan, support for Dutch post-war economic reconstruction, American investments in the Netherlands, and export markets for Dutch products and services.”

The message of films like Land Builders was that there was more to the Netherlands than Dutch clichés: “That was a big focus for the NIB after the war ended,” noted Aay. “They wanted to let people in the U.S. know that the Netherlands was not the country it once was. The stereotypes were no longer true. Also, after the war the Dutch needed reconstruction money, and the information bureaus—the work they did and the films the Dutch produced—were all intended to help that cause.”

The Holland bureau did much to help the cause, Aay said. From 1942 to 1973, the Holland branch was a source of all things Holland for residents of not just Michigan, but another 19 states in the “Midwest,” in a territory that extended from Texas to  Kentucky, Ohio, Nebraska and Oklahoma. From its Holland hub, the NIB answered phone calls and letters about the Netherlands, sent information packets to schools and churches, and ran its well-organized and sizeable film library.

In March of 2011, Aay began a Fulbright Scholarship project—“A Geographical Interpretation of Documentary Films about the Netherlands Shown in the United States, 1941-1974"—that would allow him to study 50 of the old NIB films. He flew across the Atlantic on a United Airlines Airbus 330, bringing digitized copies of the original 16-millimeter films movies with him on the hard drive of his MacBook Pro.

Aay spent March 2011 to July 2011 at the Roosevelt Study Center in the Dutch city of Middelburg, where he watched the top-viewed films in the Holland NIB's collection.

“A general American audience watching them today might find them rather tedious,” he said. “But, they are of great interest to me and to other scholars, and for people with a strong interest in the Netherlands, they would also be enjoyable. Watching them, I learned lots about the images of the Netherlands that the Dutch wanted to disseminate within the U.S.”

Aay analyzed the films for content, compared them to Dutch films produced during the same period (but not sent to the U.S. for distribution). He also created elaborate databases on how the films were used, where they were sent, who the audiences were and what the likely impact was of all of this Dutch promoting throughout the 1940s, 50s, 60s, and 70s—what he calls “an examination of cultural diplomacy via film.”

The U.S. audiences served by the Holland-based NIB (later called the Netherlands Information Service) took advantage of these free films, Aay said,. According to his research, the films were viewed by approximately three million people over the 33 years the Holland NIB existed. The bureau’s director, Willard Wichers, kept meticulous reports, detailing monthly showings across his bureau's 20-state area: at a church in Wisconsin, at a military base in Texas, at a faculty wives club on a university campus in Kansas. He also kept track of how many people were in attendance.

With extensive assistance from Calvin’s Center for Social Research, Aay has converted all of those old paper records into searchable databases. And he has added his own geographer's touch: spatial maps of which movies were shown, and where; charts comparing Dutch-American viewers against non-Dutch- American viewers, and more. All of the materials, including the digitized films (the 300 original NIB films converted to DVDs), will now be available to the public at the NIB archive housed at the Holland Museum Archives and Research Library, located on the lower level of the Holland Museum.

And while the materials produced in New York and San Francisco were at one time all shipped back to the Netherlands and either lost or destroyed, the trove of materials generated in Holland, including almost all of the films, were saved, thanks to the painstaking work of Wichers.

“Wichers was a packrat,” said Aay. He saved everything. Consequently the Holland bureau had boxes and boxes and boxes of material that the Dutch government had produced in order to help people living in the Midwest better understand the Netherlands. Today, the NIB archive in Holland is the only extensive and complete North American collection of NIB materials.”

In all, said Aay, Wichers' archive amounts to 200 boxes of materials, plus the films, still in their canisters. And some 38 years after the Holland branch of the NIB shut down, Willard Wichers' penchant for pack-ratting became Aay’s Fulbright Scholarship project.

Said Aay of Wichers, who passed away in 1991: "I would love to have met him. Absolutely, I owe him a debt of gratitude."

The Holland Museum Archives and Research Library is located at 31 West 10th Street in Holland, Michigan. 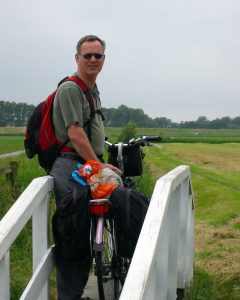 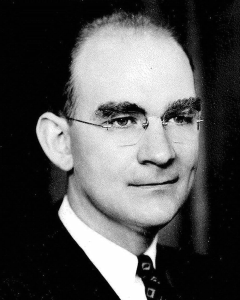