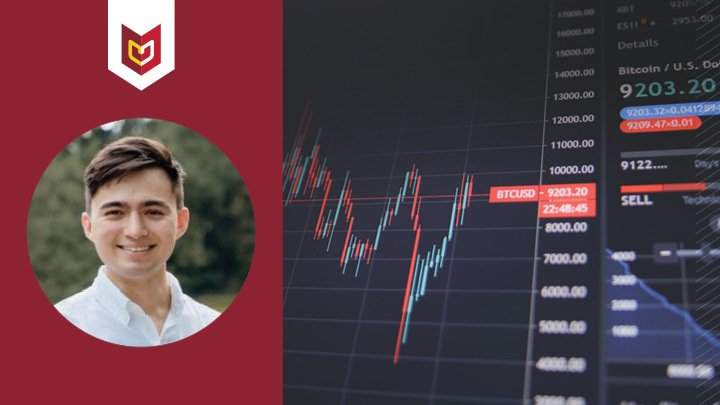 During his undergraduate career at Calvin, philosophy and math major Matthew Bone realized how important it was to seize opportunities both at and beyond Calvin. For Bone, his majors didn’t confine him to a box; instead, he was able to explore other avenues, including Japanese and economics.

Though not in his area of concentration, Bone, a 2020 grad, dedicated a portion of his senior year to co-authoring an article in the Journal of Behavioral and Experimental Economics entitled “Optimism, debt accumulation, and business growth.” His dedication to researching, revising, and challenging the article’s contents impressed his professor, Sung Soo Lim.

According to Lim, Bone contacted him over the summer after taking one economics class and was persistent on writing the article together. “[Bone] questioned every sentence of my paper,” Lim recalls. “His comments were comparable with the reviewers …That’s how excellent he was.”

“It was a long process,” says Bone, “[but] I was really excited about it.” The peer-review process for academic journals is toilsome, but after their third draft and many revisions, the paper was published.

For Bone, going to Calvin played a large role in re-centering his moral perspective. “I’m actually not religious,” Bone explains, “but Calvin instilled a moral imperative in me … that feeds into what my future goals are.”

Bone clarifies that smaller class sizes and the ability to easily connect with professors inspired him as well, leading him to work as a research assistant for Jesse Holcomb, professor of English. He shares his gratitude about the experience, as it opened many doors for him while at Calvin and even now as an alumnus.

Having this exposure in Calvin’s learning environment influenced Bone’s career aspirations, from wanting to pursue a mathematical career, to now wanting to make a moral impact on the world.

“I want to continue doing research, probably something to do with the digital ecosystem and how that’s affecting things like political polarization or mental health, and trying to understand how environment creates positives and negatives. Designing a system that does a better job and has better outcomes for people is what I want to do long term.”

Connecting in the Classroom and Beyond

Lim confesses he owes it all to the professors in Bone’s life who have challenged him so that he could be such an influential contributor to not only their article, but also in the classroom. When asked what advice he would give to current and incoming students about how to get the most out of classes, Lim says to “question everything” and to “try and acquire more critical thinking skills.”

“All you need is a clear goal and aspiration,” Lim laughs. “Not everyone needs to be like Matthew, but this is an example of how Calvin can serve students with different skills and backgrounds.”