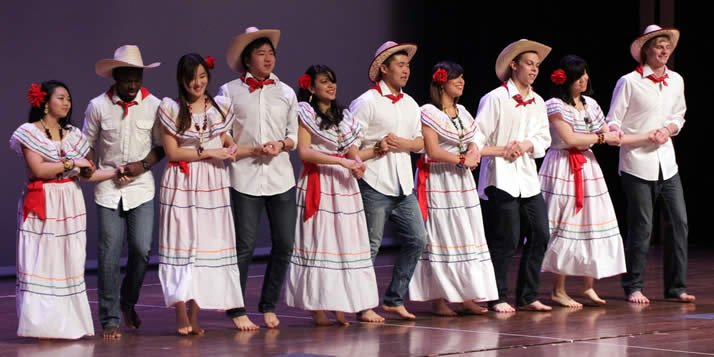 This year, Rangeela, an annual event showcasing music, dance, drama and poetry from countries across the globe, challenged audiences to see beyond the performances to the cultures and people behind them.

The show united a wide variety of acts—from an African fashion show, to a modern dance lamenting the divisions between North and South Korea, to a high-octane Bollywood dance—under the theme “Rangeela Unveiled.”

Calvin senior and member of the Rangeela student committee Jedidiah Bell explained the goal behind the theme:

“[We want people to see] that there is more to a culture than just its amazing dances and plays—that every spectacular dance has a particular story and people behind it.”

“[In choosing this theme], we went back to the goal for Rangeela 2014, which was to educate people and share stories from different backgrounds. We did not want people to see only the surface of the cultures [showcased] … We hoped to reveal the genuine cultures.”

Throughout the show, videos telling the stories of people in the Calvin community from the cultures that inspired the acts gave audiences a glimpse of the cultures behind the performances.

After getting a glimpse of another culture as a performer in Rangeela her freshman year, Calvin Junior Julianna Moore was inspired to share her own cultural traditions as an African American.

“[After doing Rangeela freshman year], my friend and I wanted to do something to share our African American culture,” Moore said. “We really hadn’t seen that in Rangeela. We both love to sing and love poetry, so we thought we’d do something that incorporated both.”

Moore’s act combined renditions of the well-known spirituals “Wade in Water” and “Eye of the Sparrow” with two poems about the African American experience, one of them an original written by one of the students that recited it.

“Our main goal was to express the joy of music my community has, but also to share that with all communities. We chose to end with “Eye of the Sparrow” because faith is something that got our people through a lot, and it’s also something that people in the audience can connect to, no matter what their background is,” she said.

Moore was one of 176 students who participated in Rangeela this year, according to Esther Kwak, the program coordinator for Rangeela.

Those students came from a variety of cultural backgrounds. For Bell, seeing the friendships they formed—often cross culturally—was one of the best parts of Rangeela.

Bernadette Arthur, another member of the Rangeela committee, appreciates that Rangeela offers a chance for people to appreciate other cultures, even if they disagree with their beliefs.

“The point of Rangeela is to be able to present different cultures, even if it means them rejecting some beliefs of some cultures,” she explained.

Kang hopes that Rangeela inspired not only the students who participate in it, but also the people who attended it to connect with people from different backgrounds:

“We are so blessed to have such a diverse environment [at Calvin], but I do not think that we are utilizing this rich resource enough. I strongly believe that we learn the most from the people who think and act differently than we do. I [hope] that watching Rangeela [motivated people to] reach out of their comfort zone.” 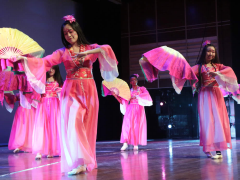