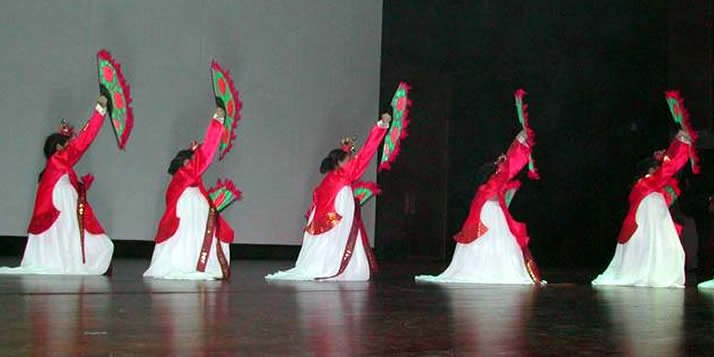 At the core of Calvin's annual multicultural variety show is one of the largest contingents of international students in West Michigan.

Many people don't realize that Calvin College has one of the largest contingents of international students of any college or university in West Michigan.

This year, for example, there are 275 international students at Calvin, not including Canada. Those students represent countries from around the globe, 59 in all, everything from Austria to Zimbabwe.

This year the show, to be called "World in Motion," again will be held twice since in past years it has always sold out early. Rangeela will be February 20 and 21 in the Fine Arts Center at Calvin at 8 p.m. both evenings.

The word Rangeela mean "colorful" and annually Rangeela is colorful in many senses of the word. Costumes often feature dress native to the countries of the performers and they are vivid and striking in their detail. Music is flavored with the beats of many different cultures. And the faces of the performers represent all of the colors of God's earthly Kingdom.

Rangeela organizers bill the two-hour show as "a trip around the world in one night." For 2004 that trip around the world will include such stops as Asia, including Korea, Japan and China; Africa; the Americas; and Europe. Students who participate in Rangeela says they want Calvin to support Rangeela but also want Grand Rapids in general to attend, promising a night of cultural enrichment to all who attend.
Rangeela will begin at 8 pm each evening on February 20 and February 21. Tickets are just $5 for reserved seating and are available at the Calvin Box Office or by calling 616-526-6282.