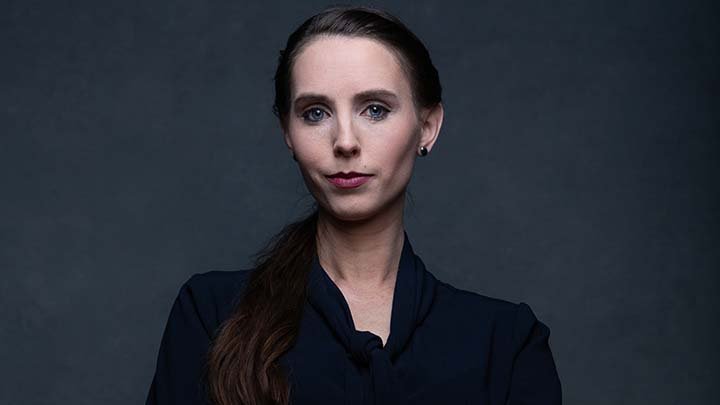 On Wednesday, December 15, Rachael Denhollander will accept the 2021 Abraham Kuyper Prize for Excellence in Reformed Theology and Public Life. Denhollander is an attorney, author, advocate, and educator who is recognized as a leading voice on the topic of sexual abuse.

Denhollander will receive the honor, which comes with a $10,000 award, at an event hosted by Calvin University and Calvin Theological Seminary. The event, which will include a lecture by Denhollander, will take place at 7:30 p.m. ET at the Covenant Fine Arts Center Recital Hall and will be available via livestream.

The Kuyper Prize was established in 1996 by Rimmer and Ruth de Vries and named after Dutch theologian Abraham Kuyper. The prize is awarded each year to a scholar or community leader whose outstanding contribution to their chosen sphere reflects the ideas and values characteristic of the Neo-Calvinist vision of religious engagement in matters of social, political, and cultural significance in one or more of the ‘spheres’ of society.

“We so often confine theology to the four walls of church and home. We don’t look at how theology shapes issues we face every day,” said Denhollander. “To marry Kuyper’s work to what’s taking place in the public square right now on many levels is incredibly challenging, but Calvin has long had a history of making place and priority for these conversations. It’s a place with a rich understanding of faith and application of theology. So, to be part of that tradition in some small way is deeply humbling.”

In 2016, Denhollander became known on the international stage when she was the first woman to pursue criminal charges and speak publicly against USA Gymnastics’ team doctor Larry Nassar. As a result of her first step, hundreds of other women came forward resulting in a record-setting $500 million settlement for Nassar survivors.

For Denhollander’s work as an advocate and educator on sexual assault, she was named one of TIME Magazine’s “100 Most Inﬂuential People in the World” and one of Glamour Magazine’s “Women of the Year” in 2018. Additionally, she received the “Inspiration of the Year” award from Sports Illustrated, was a joint recipient of ESPN’s “Arthur Ashe Courage Award,” and was named a “Michiganian of the Year” by the Detroit News, along with numerous other awards and recommendations.

“At Calvin, we equip students to act justly, it’s one of the central components of our mission statement, and we do this work so that students learn how to represent Christ as agents of renewal in the world,” said Michael Le Roy, president of Calvin University. “Rachael has and continues to model what living this out looks like by boldly engaging challenging conversations in the public square, seeking justice, and empowering others to do the same.”

“Abraham Kuyper famously observed that Christ claims sovereignty over every square inch of human existence,” said Jul Medenblik, president of Calvin Theological Seminary. “It is this recognition that all of creation matters to God that has led Rachael to courageously and faithfully pursue justice.”

Denhollander joins an esteemed group of past winners of the award, which includes a Pulitzer Prize-winning writer, Templeton Prize-winning philosopher, a prime minister, and a pair of U.S. ambassadors, to name a few.

While Denhollander is humbled to be included in that company, she views her experience as the walk of discipleship. She sees her work not as monumental, but rather as faithful.

“I think so often we think that change happens in these giant epic moments. We think about David and Goliath, Joshua and the walls of Jericho. These stories seem epic and monumental to us now, but at the time each was just a daily step of faithfulness,” said Denhollander. “We often can paint this picture of battlefield moments, and in that we can incorrectly set expectations for what faithfulness looks like in following God, in making an impact for Him. It’s just daily choices of faithfulness.

“I sometimes get the question: what bible story do you identify with most? I think it’s the parable of the talents—a daily choice to be faithful with what you are given, and some argue a bigger platform, some smaller, some you get to see, some not, but this idea of being faithful with what you are given,” said Denhollander. “My job is to be faithful—whether that’s teaching my kids to read, nurturing them, being there for my husband, or going to West Point Military Academy to teach on sexual assault. I’m required to be faithful in that thing no matter how small or insignificant it may feel. There are epic moments—but in the moment nobody knew they were, it was just a daily choice of faithfulness.”

The Kuyper Prize is funded thanks to a generous grant from the late Rimmer and Ruth de Vries, whose $11 million estate gift in 2020 established The de Vries Institute for Global Faculty Development.