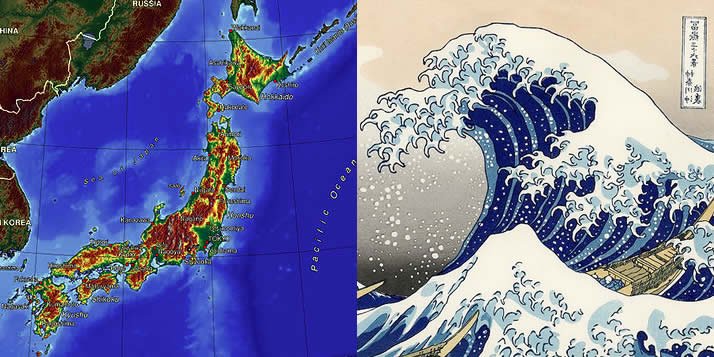 Calvin professors of geology, engineering, biology and Asian languages talk about earthquakes and tsunami, nuclear power, radiation and the resiliency of the Japanese people.

On March 11, 2011, an earthquake, estimated at 8.9–9.0 on the Richter scale, rocked Japan. The quake, whose epicenter was the Oshikah Peninsula, triggered a 10-meter tsunami, which wiped out whole communities, killing an estimated 10,000 people. The tsunami triggered explosions at two Japanese nuclear power facilities. The eight Calvin students currently studying at the Japan Center for Michigan Universities near Kyoto were unharmed in the multiple disasters. As the tragedy continues to unfold in Japan,four Calvin professors— geology professor Gerry Van Kooten, engineering professor Matt Heun, biology professor Rich Nyhof and Asian languages professor Larry Herzberg—talked about tsunami, nuclear power and the resiliency of the Japanese people.

How does an earthquake trigger a tsunami?

Van Kooten: You get all sorts of earthquakes, but not all earthquakes generate a tsunami, of course. It has to be an ocean-based earthquake, but then, beyond that, it has to change the level of the sea floor. It has to raise or lower the sea floor. If the level of the sea floor does not change, then you can’t generate a surface wave. If the level of the sea floor goes up or down, you generate a large water bulge or a water dimple over the area the sea floor has moved. If you generate a mound of water, the water is going to move outwards in all directions—just like throwing a rock into a pond. If this wave encounters shallow water, it will slow down and increase in amplitude, just as normal waves do at the shoreline. In other words, the wave will grow. The shallower it gets, the higher the wave will build because all of the wave energy now builds wave height. The wave height can be tens of feet, or maybe more. When this tsunami wave encounters the coastline, it can overwhelm all low-lying structures.

How powerful was this tsunami?

Van Kooten: In the geologic record, long ago in the past, there’s evidence of tsunamis more than 100 meters high.  Historically, though, a wave 10 to 20 meters high is huge. 10 to 20 meters, about 30 to 60 feet—that’s a big wave. It pours onshore and moves up streets and through buildings. Some buildings are probably already weakened by the earthquake and collapse. Other buildings are too flimsy or light and simply are swept away, sometimes floating and sometimes broken up. All this debris gets carried along with the rushing water and smashes into anything in its path.  The tsunamis flood can carry cars, pieces of buildings, shipping containers, boats, lots of woody debris. So, instead of just water that’s flooding by, you have this flood of woody debris … which batters everything in its wake.

Why does Japan have so many earthquakes?

Van Kooten: Japan is part of the belt known as the Pacific Ring of Fire. This belt surrounds most of the Pacific Ocean and includes the western part of North and South America. The oceanic crust underlying the Pacific Ocean is spreading, and old crust is being subducted and dragged back into the earth’s interior at the Ring of Fire. Because the oceanic crust rubs against the continental crust, most of the world’s earthquakes happen in this setting. We also get chains of volcanoes as the old crust melts at depth.  The example in the U.S. is the Cascade Mountain chain with Mt. St. Helens and other active volcanoes. Japan is part of this same circum-Pacific belt with lots of earthquakes and active volcanoes.

How does nuclear power work?

Heun: It’s the same as a coal-fired power plant, except that the heat source is not coal, it’s a nuclear fission reaction. And in both types of plants, you need to make steam. You pass steam through a turbine, and the turbine spins a generator, which makes electricity. Plants are near bodies of water because they need a source of cooling, and water from the ocean is a very convenient source for that.

Heun: At this point, the problems are not a disaster. But, there are plenty of reasons for concern, and a disaster could develop in the coming days. All disasters have multiple causes. There is never a disaster that has only one cause.  …  The Japanese have backup generators to run the cooling water pumps when the electricity grid goes down, and that worked perfectly. They had walls out in the ocean, surge walls, to protect the coastline. The sea walls were insufficient for the task at hand because the tsunami was very big. The tsunami flooded the generators for the backup pumps for the generators.  When those backup pumps failed, that’s when we got pressure built dup inside the reactors, and hydrogen was produced due to the high temperatures. We had hydrogen being built up inside the reactors, and that’s what caused the explosions. The explosions that happened are not like a nuclear bomb going off—according to reports, there has not they have not yet had been a large-scale release of radiation from the plant.

What I think is actually quite positive about this is that the entire plant survived intact a 9.0 magnitude earthquake, and that is an engineering feat, right there. It’s pretty amazing … They’re at a sort of a last-ditch stage. They’ve flooded the problematic reactors with seawater. It’s last ditch because that kills the reactor—they can never use it again … If they can keep enough seawater in there, they can avoid a meltdown. I would say it’s not a disaster yet, but the endpoint is uncertain at this point … What you cannot lose sight of here is that this is an immense human tragedy. (On March 15, 2011, the NY Times reported that there was a huge spike in radiation levels after a new explosion and fire at the Fukushima Daiichi plant in Okuma, Japan.)

Nyhof: The type of nuclear radiation typically released from a damaged nuclear power reactor involves gamma radiation.  Gamma rays have enough energy to break bonds between nucleotides within DNA when they strike them.  While we have repair enzymes that re-attach the nucleotides that break loose during normal day-to-day living, larger-scale damage overwhelms the repair mechanism, and nucleotides may be left out, added—or different sections of DNA may be inappropriately joined. This may lead to altered protein synthesis and to the later development of various types of cancer.

What types of radioactive species are being released from the damaged reactors, and how do they cause human harm?

Nyhof: One common form released from damaged reactors is radioactive iodine.  The thyroid gland at the base of the front of your neck concentrates the iodine in your body as it builds thyroid hormones.  This concentration of radioactivity leads to more damage here than in other areas of the body. It doesn't last a long time (half of it decays in eight days), but if a lot is released and is blown over crops, humans or animals eating those crops will take in the iodine. Following the reactor damage at Chernobyl in 1986, the incidence of thyroid cancer rose over the following years, up to 10 times in children, the most susceptible group. The World Health Organization estimates up to 50,000 cases of thyroid cancer will be directly attributable to that radiation leak.  Current indications are that the damaged reactors in Japan will not release anywhere near as much iodine as was released at Chernobyl. Also, if the prevailing wind pattern is out toward the sea, this will spare human exposure as the radioactive material is swept away from human populations.  As a precaution, people living within several miles of the site are being evacuated.  Also, administering potassium iodide tablets will cause the thyroid gland to take up this non-radioactive form and reduce the likelihood of the thyroid gland accumulating the radioactive form.

Herzberg: The Japanese are an amazingly stoic and disciplined people.  Japanese culture has always emphasized the importance of "gaman,” which means the ability to "endure" hardship with patience and without complaint. Furthermore, the Japanese are well aware that they live in a country subject to frequent earthquakes as well as tsunami. In fact, the word "tsunami" comes from Japanese and literally means "giant wave".  Each community in Japan has emergency procedures to follow in the event of a serious tremor or a tsunami.  There are periodic drills for people to practice what to do in case of a major earthquake or tsunami.

All of the above reasons account for the fact that the Japanese people have met this most recent disaster with a calm, disciplined response that the people of few other countries could muster.  These are people who are among the most disciplined and hard-working in the world. They are used to re-building their homes and communities, whether after earthquakes or tsunami or the dropping of atomic bombs. The great earthquake in the Tokyo area in 1923 claimed the lives of nearly 130,000 people. In Yokohama, 90 percent of all homes were damaged or destroyed while 350,000 homes met the same fate in Tokyo, leaving 60 percent of the city's population homeless. And the Japanese rebuilt.

By 1945, nearly half the surface area of all Japanese cities had been reduced to rubble by American bombers. And the Japanese rebuilt their country to become the number two economy in the world only four decades later. In the Kobe earthquake of 1995, 5,000 people perished, and more than 100,000 were left homeless.  Today Kobe is once again one of the loveliest and most prosperous cities in Japan. The Japanese will rebuild after this latest catastrophe, as they have always done—with calm patience and determination.

Have you heard from your friends in Japan? How are they coping?

Herzberg: One of the barristas at the Starbucks I visit daily is part Japanese and has cousins who live in the Sendai area. Miraculously their home was untouched by this tragedy. But only a few miles away were homes that were reduced to rubble from the earthquake.

Most of my best friends live hundreds of miles from where the tsunami occurred and have suffered no ill effects from this catastrophe, at least not directly. But nine million people have been without power as a result of nuclear power plants being shut down. That includes a Zen Buddhist priest and his family, with whom I stayed twice. They live in the same prefecture (state) as where the tsunami hit. Even though their home is far away in the mountains, they are without power at this point. But, blessedly, they are safe. Our group of Calvin students who are currently studying at the Japan Center for Michigan Universities in the Kyoto area, hundreds of miles from the tsunami and the earthquake, are all safe as well, thanks be to God!

How can Americans help during this crisis?

Herzberg: The U.S. is not only the wealthiest country by far in the world, but Americans are arguably the most charitable of any people. After the Kobe earthquake in 1995, Americans were quick to donate large sums of money to help Japan recover. The U.S. has around 23,000 troops stationed in bases around Japan. Our military has already been quick to send aid to the stricken areas.  Many Americans have already donated money to the Red Cross to help in the relief efforts.  And the American government, recognizing how important Japan is to us, as a trading partner and as a political ally, is also anxious to help Japan in this time of need. Beyond that, we at Calvin can give our prayerful support to the people of Japan, as we do.

Read the Grand Rapids Press article on two seminars where Matt Heun talked about the Japanese nuclear situation and its implications for the future. 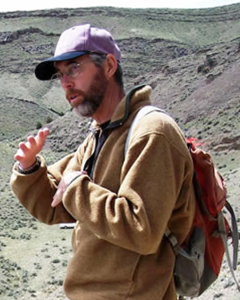 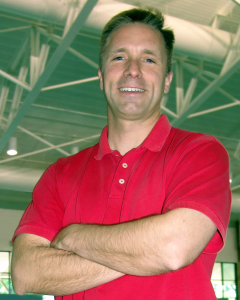 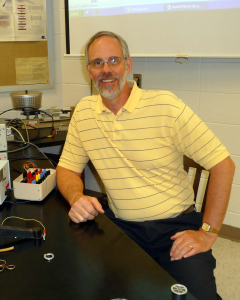 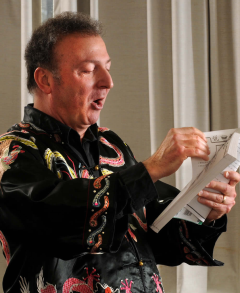