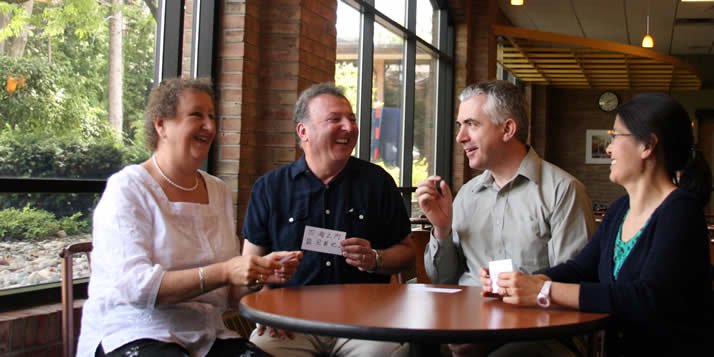 Calvin professors of German, French and Chinese discuss how foreign language pedagogy has changed and how to teach a language Christian-ly.

How has foreign language instruction changed over the years?

Dykstra-Pruim: The memories that some of the readers may have of lots of grammar exercises and strange “repeat-after-me” drills are long gone.

Smith: Foreign language teaching also involves a wider range of media— not just literature and language exercises, but working with film, music, performance, visual art, informational texts and so on from the culture of the language being studied … . It’s much more genre-diverse than it once was.

Can you give examples of cultural differences your language students might need to learn?

Konyndyk: Sure. One of the reasons French storekeepers often seem rude and unfriendly to their non-French-speaking clients is that it is important to greet the person behind the counter when entering the shop. That way you have established a relationship. Moreover, when speaking to anyone in France, it really helps to begin with a basic French phrase or two—which demonstrates that you are not just assuming that they speak English. The listener will quickly realize you don’t know French very well and, if they know English, will try very hard to communicate with you. It is the assumption of the basic starting point that makes all the difference.

Herzberg: You never openly acknowledge a compliment in China. There are many formal expressions for, “You’re being too kind.”

Smith: We spend time in class talking about things like how Germans tend to express criticism more directly and earlier in the conversation. Americans may interpret that as aggression, whereas Germans see it as a way of engaging.

What new approaches have you taken to foreign language teaching?

Konyndyk: My interest has been in how to help students who struggle with language learning, (e.g. students with learning disabilities) become successful learners. I have a developed a pedagogical approach that meets the needs of these at-risk students. The approach is multisensory—auditory, visual, and kinesthetic/tactile—and highly structured, for students with attention issues. It has a large metacognitive component, to help students understand how they learn best, and a number of other best practices that I have developed over the years.

Herzberg: Several years back I recorded three hours of interviews in both Chinese and English with three impressive Calvin students from China. The questions I asked the students from China pertained to their perceptions of the United States and how life in the U.S. differed from their life in China. I specifically asked them about differences in the education systems of the two countries. I edited these answers into a DVD which I have my students in second year Chinese view. This gives them a chance to hear fellow Calvin students who are native speakers of Chinese in order to increase their listening comprehension, but, even more importantly, to understand the perspective of Chinese people their own age.

Why is it important to learn a foreign language?

Smith: The chances of you going through life without meeting people culturally unlike you are rapidly disappearing.

Konyndyk: For my struggling students, learning a foreign language—which for them is a huge hurdle—gives them a renewed sense of self-efficacy … . If they can do this, then they can also do other things!

Dykstra-Pruim: What better way to climb down from our high horse, our economic advantage, our linguistic—English—privilege and show others that we are not simply concerned with exporting America to the world? Rather, we are willing to learn other languages and to try to understand other cultures so that we can work positively across linguistic and cultural lines. The “other” should not always have to speak English because we are unable or unwilling to speak anything else. Raising a culturally intelligent community whose individuals have invested in learning other languages and cultures demonstrates a humble spirit and a willing heart to meet others where they are at—to leave our comfort zones for the sake of understanding.

What does being a Christian have to do with teaching or learning Chinese, French or German?

Konyndyk: I cannot separate my being a Christian from my teaching of French.  The unique approach I developed arose out of my worldview: seeing each student as created in the image of God—and thus worthy of the best instruction that I can give them—and helping them be all they can be. As Christians we are called to be salting salt and to be God’s agents in this world. We have so much to learn from other peoples and their cultures, and we need to do this with humility.

Herzberg: One of the wonderful insights David has contributed to foreign language pedagogy is when he demonstrated that the model for language exercises is “I, I, I,” “Me, me, me.” Language textbooks mostly emphasize teaching the students to talk about their needs and desires rather than concentrating on asking others how they feel and expressing concern for others. It really struck a nerve with me. Because that's exactly what the textbooks I was using did! They were filled mostly with expressions like “I want to buy this” and “I feel tired” and “I don't like.” So when I fashioned my own textbooks for first year Chinese … I have students ask their partner "How do YOU feel?"; "What do YOU like to do?"; "What are YOU planning on doing today?"; etc. That's not to say that it isn't also important to learn how to express your own needs and desires, especially when visiting or living in another country. But it's equally important for us as loving followers of Christ to express concern for the feelings and needs of others.

Smith: The most important reason for learning language is loving your neighbor. You can’t love your neighbor effectively if you lack any of the cultural skills to interact with your neighbor. If we want this to be more than talk, it means reshaping what we do in the classroom to focus on listening to others stories, learning how they perceive us, learning how to honor them in culturally competent ways. It means, in pedagogical terms, focusing on persons.

Herzberg: And in this interconnected and ever-shrinking world, it's become clearer and clearer that everyone in the world is our neighbor. As Martin Luther King said so many decades ago, in a world where you can fly from Tokyo to Los Angeles and, at least by your watch, arrive earlier than the time you left ... we either have to live together as brothers and sisters or die together as fools. It's clear which choice Jesus would have us make.

Smith, Konyndyk, Dykstra-Pruim and Herzberg have all written recent books about foreign language pedagogy: Smith stressed the importance of learning not just language but culture in Learning from the Stranger: Christian Faith and Cultural Diversity (2009). Konyndyk wrote about a sometimes-neglected group of learners in Foreign Languages for Everyone: How I Learned to Teach Second Languages to Students with Learning Disabilities (2011). Dykstra-Pruim (and co-author Jennifer Redmann) created a German text for all levels of learners in Schreiben lernen: A Writing Guide for Learners of German (2011). And Herzberg collaborated with wife Qin on an exploration of how integral Chinese proverbs are to everyday Chinese speech in Chinese Proverbs and Popular Sayings: With Observations on Culture and Language. 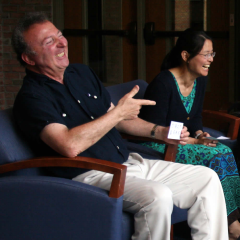 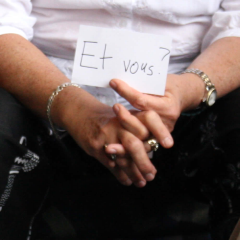 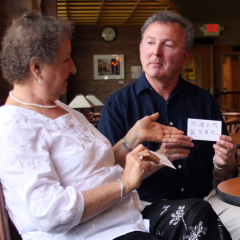 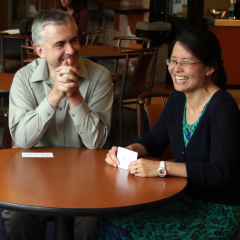