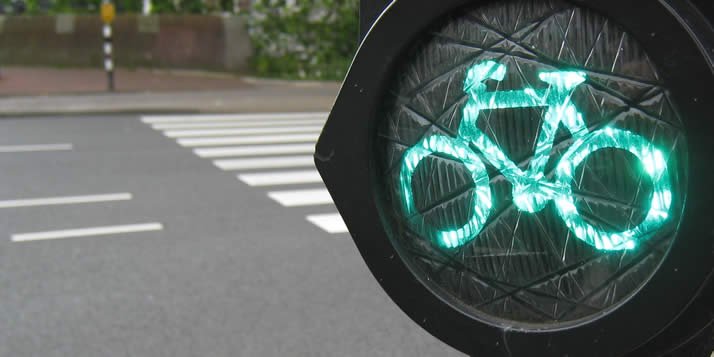 Fifty-five percent of Copenhagen residents bike to work or school

As a regular bicycle commuter to his work at Calvin for the last 30 years, philosophy professor Lee Hardy has experienced the difficulties riders typically face, from discourteous drivers to unsafe streets.

“If you’ve ever tried to ride your bike in a typical American city, you’ve discovered it feels less than completely safe,” he said. “In the States it’s been decided that streets are for cars only, and that’s made them not very fun places to be.”

Hardy would like to see that change, particularly in Grand Rapids, where a recently adopted Complete Streets resolution assures that future transportation projects consider all user groups, including pedestrians, cyclists, transit riders, people in wheelchairs and motor vehicles.

“The city is already on board,” he said. “It just needs to learn how to do it.”

Learning from the best

This summer, Hardy decided to offer some help by researching two of the cities that do it best: Amsterdam and Copenhagen.

Thanks to a Calvin Alumni Association grant, Hardy spent a week in each city—on a bike—experiencing and documenting the urban bicycle infrastructure.

Copenhagen, awarded the first Bike City award by the International Cycling Union, and Amsterdam are far advanced in this effort, Hardy said. “They are state of the art and represent the next stage for American cities.”

In fact, 55 percent of Copenhagen residents bike to work or school, for a total of 745,645 miles logged per day, and there are more bikes in the city than people. In Amsterdam, an equal number of people bike and drive to work.

While biking around the city, Hardy measured and documented the width and type of bike paths (different than a bike lane, more like an addition to the sidewalk and offering a buffer from road traffic); noted the traffic signals, which accommodate bikers; and spoke with key city officials and biking advocates.

“What I learned is that building a biking community doesn’t depend on idealism,” he said. “It’s more about the infrastructure and making it easier and more efficient. A study in Copenhagen showed that 99 percent of the people who ride do so because it is easier, less costly, more convenient and practical. If you do it right it just makes sense.”

Hardy realizes that there is an attitudinal shift that has to happen before biking can gain wide acceptance, but believes Grand Rapids is the place for that to occur.

“More cities are getting on the bandwagon, and Grand Rapids already has a reputation for being green,” he said. “This is one more component in that category.”

Besides the practical considerations though, Hardy believes that as Christians we have a responsibility to bring about a world that reflects God’s values. “I think an initiative like this reflects that,” he said. “Creating cities with healthy lifestyles that are better for the environment and promote mobility for all should be our goal. Promoting kingdom values is what Calvin is all about and why we should care.”

As a Calvin professor, Hardy also considers the student population. “I think about my students who commute by bike and feel like they deserve a safer riding environment. A lot of students and people who are on fixed incomes can’t afford cars.

“For me it’s also a matter of social justice. Why should we build roads so that only those who can afford cars can get around?”

Hardy will present his findings to the design team for the city of Grand Rapids, comprised of city planners and engineers, in mid-September. He is also making his presentation available to other groups who may be interested in learning more about Complete Streets. 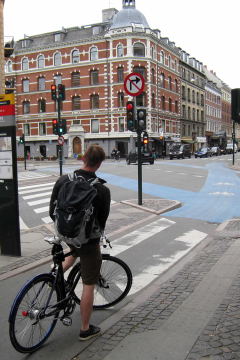 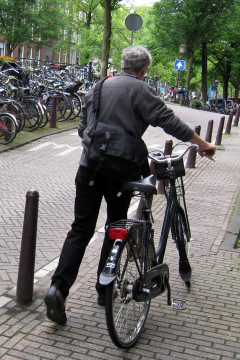 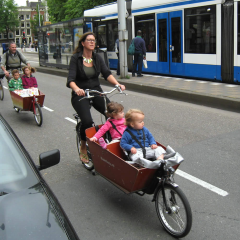