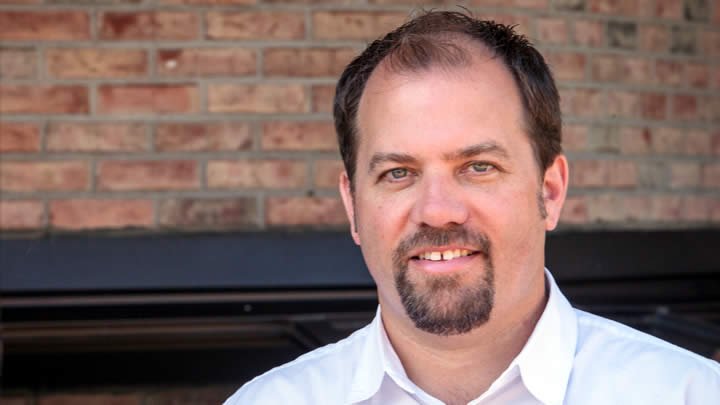 James K.A. Smith is a professor of philosophy and the Byker Chair in Applied Reformed Theology and Worldview at Calvin College.

In introducing their annual Book of the Year awards, the editors of Christianity Today (CT), a monthly magazine for evangelical thought leaders, noted that the awards honored "the books most likely to shape evangelical life, thought, and culture."

Wrote Matt Reynolds, associate editor for books: "Some of the finest books pull us deeper into familiar subjects —biographies of great statesmen, say, or fresh takes on the essentials of Christian doctrine and discipleship. Others introduce us to people, places, and ideas about which we know very little, if anything ... It’s like that with our current crop of book awards, which pursue paths both old and new."

One of those paths was pursued by Calvin philosophy professor James K.A. Smith whose book on philosopher Charles Taylor, "How (Not) to Be Secular: Reading Charles Taylor," was honored by CT as its Book of the Year in the magazine's Christianity and Culture category.

In honoring Smith's book, reviewer Gene Edward Veith, provost of Patrick Henry College, said simply: "Taylor is the author of a monumental study of contemporary life called 'A Secular Age,' which explores the widespread loss of religious sensibility in modern life. His work exposing the ideology of secularism has important implications for contemporary apologetics, evangelism, and ministry. But it’s so technical and sophisticated that it is mainly accessible to academics. Smith has offered not a CliffsNotes style simplification, but a paradigm-shifting book that creatively applies Taylor’s findings to the church and the larger society."

For Smith the award was satisfying on several levels, including the renewed attention he hopes it brings to Taylor's own writings, including his 2007 "A Secular Age," widely hailed as an important book for understanding religion and secularity at the beginning of a new millennium, but at almost 900 pages a pretty intimidating read.

Smith's book, by comparison, is a relatively svelte 152 pages in paperback form from the Wm. B. Eerdmans Publishing Company and has been praised for its accessibility.

Said Tim Keller of Redeemer Presbyterian Church in New York City: "Charles Taylor’s crucial book on our secular age is inaccessible for most people, including the church leaders who desperately need to learn from its insight. Jamie Smith’s book is the solution to this problem. As a gateway into Taylor’s thought, this volume (if read widely) could have a major impact on the level of theological leadership that our contemporary church is getting. It could also have a great effect on the quality of our communication and preaching."

Such words are music to Smith's ears.

In a May 2014 interview for The Gospel Coalition (TGC) website, Smith talked about his hope that people through his book might better come to understand not just Taylor (a Canadian philosopher who teaches at Montreal's McGill University), but also the many ways in which Taylor's subject matter impacts life today for 21st century Christians.

Taylor, Smith told TGC, "puts his philosophical expertise to work on cultural analysis, ranging into history, theology, psychology, economics and more. Taylor is a serious Christian public intellectual. He is a Catholic philosopher who is willing to take a stand for his faith, and also willing to argue that his faith perspective makes a difference for theorizing. Indeed, Taylor is an 'apologist' of sorts, one who is nuanced, complex, humble, with right-sized expectations of what one can hope to accomplish. Lots of evangelicals are quite fascinated with 'apologetics'; I wish more of them were interested in apologists like Taylor."

Smith's book had its genesis in a Calvin College class: a senior seminar on "A Secular Age" for Calvin philosophy majors. In leading the class, Smith recounted to TGC, he realized that Taylor's tone resonated with his students and could help them make sense of the world they inhabited. He also realized that the book could be of use to pastors and church planters who needed to inhabit and understand their own "secular" environments. Thus began his plan to summarize and synthesize Taylor's book, a plan that he admits also had an evangelistic motivation.

As he told TGC: "If Taylor is right, this shouldn’t be seen as a battle. Instead, we should recognize all the persistent longings for transcendence that characterize our secular age. To proclaim the Gospel in such a context is not a matter of guarding some fortress; it’s an opportunity to invite our neighbors to meet the One they didn’t even realize they’d been longing for." 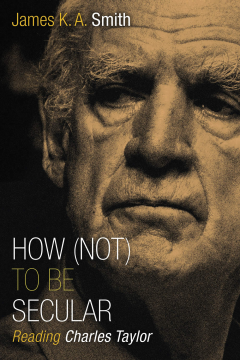