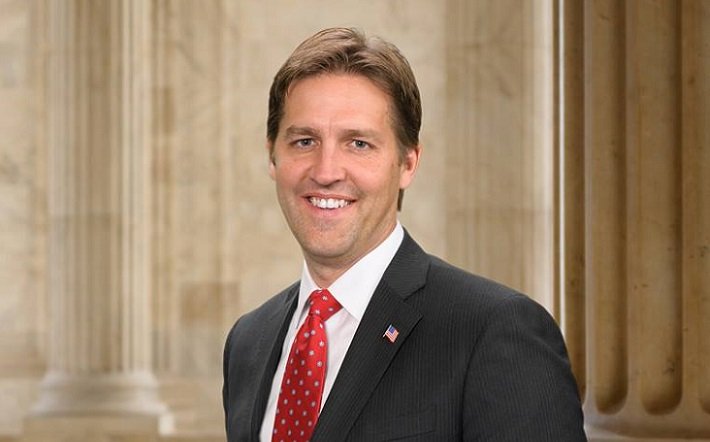 Nebraska Senator Ben Sasse will speak on "Before the End of Time: Religion and Politics in this Messy, Broken Age."

The Henry Institute for the Study of Christianity & Politics at Calvin College has as its mission the promotion of “serious reflection on the interplay between Christianity and public life.” At the end of April 2017, the institute will sponsor two events designed to make room for such reflection: the ninth biennial Symposium on Religion and Public Life and the 18th annual Paul B. Henry Lecture, to be delivered this year by Senator Ben Sasse, R-Neb, who was elected to office in a 2014 landslide, winning each of Nebraska's 93 counties and securing the second-largest margin for a new senator in the history of the state. A fifth-generation Nebraskan, he grew up working the farm and learning the value of hard work.

Can you tell us a little about the Symposium on Religion and Public Life. How many attendees do you expect and what are a couple of the highlights of that event?

Our goal at the institute is to foster discussion among both scholars and interested citizens, and so the symposium has opportunities for both audiences. About 200 scholars will be here to present their work on just about everything related to religion and public life. We also have a half-dozen roundtables and two major lectures that are more oriented to the educated public. Those events address topics such as religious freedom and LGBT rights, criminal justice, and faith and the Democratic party, among many others. We also partner with two think tanks (the Center for Public Justice in Washington D.C. and Cardus in Hamilton, Ontario) that have board meetings in conjunction with the symposium. So all together we'll likely have as many as a 1,000 people taking part in different aspects of the symposium.

Senator Sasse has been in the news a fair bit in the last year or so. When did he get on your radar and why? When did you land him as the 2017 Henry lecturer?

I heard about Senator Sasse through some family and friends not long after he was elected to the Senate a little over two years ago. I was already impressed, but when I watched his first Senate speech—senators wait a year before they speak on the floor—I knew he'd be a great fit and sent an invitation. It was also right about that time when he came out as one of few national GOP figures to publicly reject a Trump candidacy…, which gained him quite a lot of press (and a little heat, too). But I'd argue that the increasing public interest in Senator Sasse is less about his relationship to President Trump and more about his clear and consistent vision of the Constitution, as well as his amiable way of pointing out that not everything is about politics.

Prior to politics, Sasse was president of a Lutheran college in Nebraska that he took from the verge of bankruptcy to one of the fastest-growing higher education institutions in the country. The late Paul Henry, for whom your institute and the annual lecture are named, also began his career in academia (serving as a Calvin political science professor from 1970-1978) and then transitioned to politics. Are there other similarities do you think between Sasse and Henry, both in terms of politics and in terms of their faith and how it impacted their work?

At a basic level, they share a profound influence of their Christian faith on their vocational paths. Both also came to embrace many aspects of a Reformed perspective despite having been raised in somewhat different Christian traditions. And I'd also argue that both fit the mold of scholar-practitioner: As a political theorist, Henry reflected deeply on the nitty-gritty of politics in light of big ideas, and Sasse, too, strikes me as someone who draws from his intellectual background—PhD in history, consultant and executive in higher ed, an openness to data, wherever it might lead, etc.—to act on problems of common concern.

What will Senator Sasse bring to his lecture that resonates with the work of the Henry Institute?

He will be taking on a big question: How should we think about the relationship of religion and politics in a broken world? That seems to me a pretty good summary of the question that drives us at the Henry Institute.

Sasse is pretty adept on social media, including Twitter. How has he used these tools to advance his own particular brand of politics or his own personal brand? Do you think Sasse has ambitions for any office beyond Senator?

Oh, I'm skeptical of political branding, and I suspect Senator Sasse is, too. But you're right that he is very adept at social media, especially Twitter. While I'm a mere dabbler (@kdendulk) and don't follow carefully, I'd say one of his key virtues is to use a prodigious wit to defuse conflict and foster discussion about politics, including a refreshing self-deprecation. Actually, he reminds me of Paul Henry that way. As far as ambitions, maybe, you'd have to ask him, of course. He does have a remarkable following for a junior Senator from Nebraska. But he also clearly sees politics as secondary to lots of other aspects of our lives together, and I'm sure he often checks his ambitions against that vision.

The Henry Symposium is our most public event at the Henry Institute, but we have a lot of ongoing projects and programs throughout the year. I hope readers will explore them at calvin.edu/henry.

The annual Paul B. Henry Lecture brings a prominent Christian political practitioner to Calvin, and the event is intended to inspire the college and the community to actively seek to integrate a Christian worldview with practical politics and public life. Over the years, the lecture has featured individuals from both political parties, speakers from liberal and conservative viewpoints, scholars who have examined current political issues and questions, and prominent leaders of non-profit organizations actively working in the public policy arena. The 2017 lecture is "Before the End of Time: Religion and Politics in this Messy, Broken Age" by Senator Ben Sasse and will be held on Friday, April 28 at 7:30 p.m. in the Great Hall at Calvin's Prince Conference Center. The lecture is free and open to all.