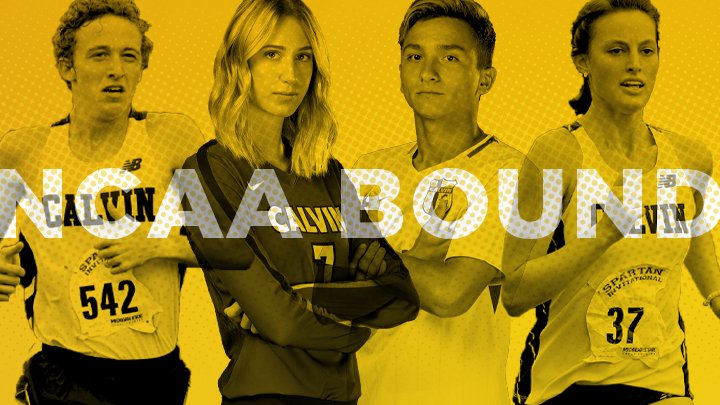 There are high stakes on Calvin’s campus this week as hundreds of athletes and dozens of teams are competing for the chance to advance in the NCAA tournament. The success of Calvin’s athletics teams this year has translated into four of them competing in first round NCAA tournament action in their own backyard. The men’s soccer, women’s volleyball, and men’s and women’s cross country teams host NCAA Division III regionals on campus November 14-16.

The Knights first-round matchup is with DePauw (18-12) at 8 p.m. Calvin is making its 29th NCAA tournament appearance and 16th straight under coach Amber Warners.

Calvin (19-1-1) will face Wisconsin-Whitewater (15-4-2) in Friday’s first-round game. The Knights are making their 18th trip to the NCAA III Tournament, including their 11th in the last 12 years.

The men’s and women’s cross country teams both qualified for and are hosting the NCAA III Great Lakes Regional meet on Saturday, November 16 at Calvin’s Gainey Athletic Complex.

Soccer
Parking Lot 7 (near Zuidema Field)
Map of nearby parking

Cross Country
Parking Lots 14, 15, and 16 (walking distance) or lot at Church of the Servant (adjacent to the complex)
Map of available parking