Mourning the loss of Ricky Mosher 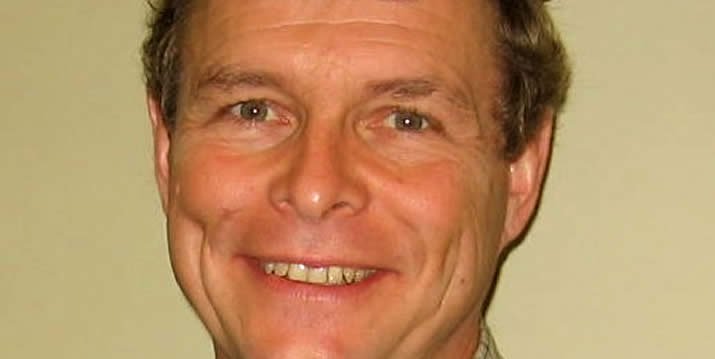 Do a search in the Calvin College online directory for audio visual technician Rick Mosher and the result that comes back does not list him as “Richard” or even “Rick,” but rather as “Ricky.”

His friends and colleagues said that as far as they know Ricky was his given name and that it suited him. Even in his early 50s, they said, he was still more Ricky than Rick, young-looking and young at heart.

But today those friends and colleagues are mourning the loss of Mosher who passed away unexpectedly on Saturday, Nov. 22 after a cross country-skiing excursion. He was either on his way to or returning home from skiing when he pulled over to the side of the road, where a motorist noticed him slumped over in his car. Although a state trooper arrived soon thereafter, he was not able to revive Mosher, who had passed away at just 53 years of age.

A legacy of warmth

Calvin's Randy Nieuwsma has been Mosher's supervisor since Mosher was hired almost 20 years ago. In that time, he said, he watched Mosher grow into his job and into himself.

“He had gone through a tough divorce when he took this job,” said Nieuwsma. “He maybe had some rough edges as a result. But over the last 20 years he became a gentler guy, warmer and more reflective. He got remarried, had a son, grew into his faith.”

At Calvin, Mosher, a 1980 graduate of ITT Technical Institute, was responsible for a gamut of audio visual tasks—everything from keeping satellite dishes up and running to repairing equipment and strategizing about things like smart classrooms. And he did it all in a calm, laid-back fashion.

Nieuwsma recalled that when he interviewed Mosher back in June 1989, he asked him what he thought the job would be all about. Mosher's reply has stuck with Nieuwsma these many years later.

“He said he thought the job was to take care of other people's problems,” said Nieuwsma, “and he was right and that's what he did all these years. It’s real service, and he did it so well. I think he would have been here until he retired. He knew who he was, and he knew what life was, that it was more than a job, but he found a home here, and he enjoyed this place.

“He was the go-to guy anytime there was a last-minute panic. Not much flustered him. It’s hard to describe all the things he did. He could really do it all. But a place like Calvin has a ton of tech needs, and someone that can keep all of these things going is invaluable.”

A love for the outdoors, for family and for God

Being outdoors was a real passion for Mosher, who served in the Army from 1974 to 1977. He participated in Calvin's Bike to Work program this fall, making the trek from his home in Ada to Calvin's campus with regularity (“His bike is in his office right now,” said Nieuwsma), ran in local road races—completing 10- and 25-kilometer distances at an eight- to- nine-minute mile pace—and eagerly anticipated the beginnings of cross country skiing season.

“He was joking with me on Friday,“ said Nieuwsma, “telling me they had eight inches of snow somewhere, I can't remember where, and asking if I wanted to join him skiing on Saturday morning. He knew I wouldn't go, I'm not really a skier, but it was his way of sharing it. He was so excited. He loved being outdoors.”

“He kept his family close,” he recalled. “Family was really important to him. His son, Max, is a freshman (at Calvin), and they would have lunch all the time. And when I went to see his wife and son (this weekend, after Mosher's death) his daughter and her children, his grandchildren, from his first marriage were there too.”

“He and his wife are pretty plugged into their church,” he said. “He had a strong faith. So there's great comfort in knowing that he sits now at God's side. We'll miss him and remember him.” 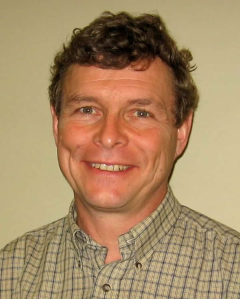