Leading Climate Action with The Gospel 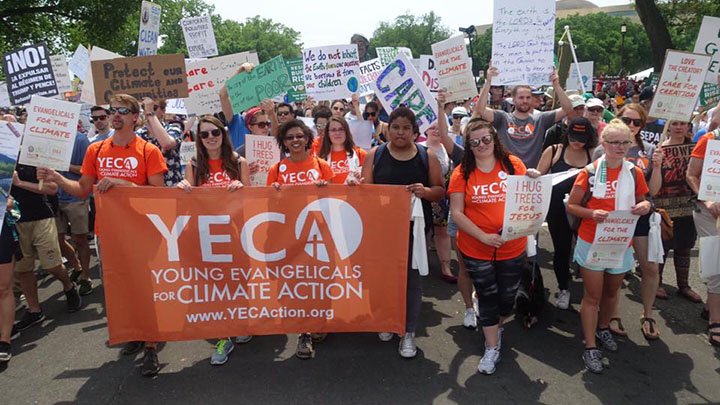 Kyle Meyaard-Schaap ’12 is the national organizer and spokesperson for the Young Evangelicals for Climate Action (YECA), an organization that includes more than 10,000 young people.

For how committed he is to this movement, it may surprise you that for much of his young life he was a bystander to the issue. He describes being brought up in a “beautiful community” that taught him “how to love Jesus, how to love the gospel.” But he admits that climate change was never on the radar, “and if it ever was, it was kind of generally assumed that we all believed it didn’t deserve our time or attention.”

In 2007, his brother went on a study abroad program to New Zealand through Calvin College For four months, he studied the confluence of theology, ecology, and biology, and what it all meant for Christians and how they are called to care for the world.

“He told the family he was a vegetarian,” said Meyaard-Schaap. “For me, at the time, it was total nonsense.”

But, after his initial reaction, he began listening. That simple action changed everything.

“That was the first time some of those assumptions were challenged,” said Meyaard-Schaap. “We had lots of really in depth and important talks and he started to share how these commitments grew out of his commitment to the gospel and what he and I were taught in our household, in our community.”

Because the Gospel demands action

And so Meyaard-Schaap’s desire to pursue this newfound passion was not in spite of his upbringing. In fact …

“It was because of the commitment that my church, my school, my family instilled in me to the gospel, to loving God and loving my neighbor, that I discovered I needed to do something about climate change, that my faith not only made it okay for me to engage it, it required me to.”

And so he took the next step—enrolling at Calvin College. There, he was surrounded by a community asking deep and important questions about the connection between faith and justice issues. From witnessing the devastating effects of mountaintop removal on a local community during a service-learning trip to West Virginia, to attending lectures and panels representing a range of ideological viewpoints, to reading books and having discussions with professors and peers, Meyaard-Schaap’s Calvin journey cultivated his passion, deepened his understanding, and inspired him to take action.

A rooted and growing passion

“It taught me to engage ideas that might be different from the ones I hold. It taught me to be confident in my own starting place, which is my commitment to the gospel of Jesus Christ and my commitment to the authority of Scripture,” said Meyaard-Schaap, who graduated from Calvin in 2012 with a religion major. “Calvin taught me to own my faith, to not be ashamed of it, but to think rigorously about it. And to make sure I could represent it well in the public square and could contribute to the common good as I engage people that think differently than me.”

In 2012, Meyaard-Schaap took a one-year position with the Office of Social Justice (OSJ), a ministry of the Christian Reformed Church of North America (CRCNA). Given the denomination’s recent endorsement of a strong climate position, his portfolio soon focused on creation care and climate issues. This saw him traveling to Washington D.C., where he built relationships with people and organizations in both the Christian creation care and non-faith-based environmental movements. During this time, he became passionate about having conversations about climate change in churches and in engaging the political process.

That led him to YECA. He started in 2013 volunteering on the organization’s steering committee. In 2016, he stepped into his current role which often finds him speaking on college campuses across the U.S., meeting with legislators, and engaging national and international media all in the service of his primary mission: to effectively and winsomely communicate why young evangelicals take climate change seriously, precisely because of their faith and not in spite of it. And he’s doing this by appealing to shared values.

“Research says people aren’t moved by science or statistics, they are moved by values—someone who shares their identity inviting them to do something,” said Meyaard-Schaap. “We are the best messengers to reach our community on why this matters to us as Christians, why climate action connects to a life committed to the gospel.

“I don’t think just learning about the science or about the issue of climate change would’ve motivated me enough. If my faith would have remained divorced from my engagement with this issue, I’m not sure I would’ve had the tools to integrate them myself. I needed a place like Calvin to do that. And because they are so deeply integrated now I can’t imagine doing anything else as a faithful follower of Christ.” 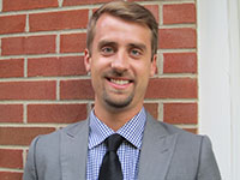