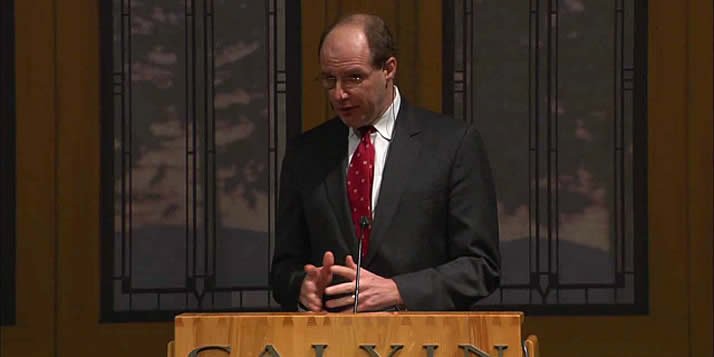 Law and liberty. Church and state. These are the things held in a constant balancing act in John Calvin’s Geneva, said John Witte, Jr. in his lecture that opened the 22nd -annual January Series this week.

Law and liberty. Church and state. These are the things held in a constant balancing act in John Calvin’s Geneva, said John Witte, Jr. in his lecture that opened the 22nd -annual January Series this week.

Calvin, born 500 years ago this July, defined the relationship between law and liberty and church and state in his many writings. Though his ideas later influenced the founding fathers as they wrote the Constitution of the United States, Calvin’s vision for the separation of church and state as seen in sixteenth-century Geneva was different from how we conceive the separation in the United States today, said Witte.

Witte dug underneath modern notions of disestablishmentarianism  to uncover a vision in which church and state hold different roles in society, but are ultimately interdependent, “fruitfully joined,” in fact, to cooperate for the common good. The church is established to speak the word, deliver the sacraments and give counsel in matters related to family and morality, but has no power to convict criminals or collect taxes. The state, conversely, has laws to establish order in civil society and processes to convict those who disrupt that order, but has no right to exercise power in spiritual matters.

The separation between church and state in John Calvin’s thought, Witte said, is rooted in Calvin’s esteem of human liberty—or rights—that allow each person the freedom to love, worship and obey God first and to live, marry and own property. Calvin was reacting to abuses by the church that long ruled Europe and caused Christians worshiping in Geneva to be overwhelmed by fear. People created in the image of God, Calvin said, ought not to be coerced to serve God or others, but given the freedom to do so at will.

In Geneva, church and state became separate not because they have nothing to do with each other, but to buffer the tendency for those in power to use coercion to enforce morality, said Witte. Still, human freedom is not a free-for-all, a license to do whatever one pleases. There is the law, and as a person studied in the law, John Calvin articulated the merits of using it to cultivate both civil and spiritual righteousness.

For John Calvin, rights should not stand alone.“Calvinist rights talk was never divorced from Calvinist duties talk,” said Witte. In fact, people must hold fast to their duties under God’s law for church and society so as to protect the liberty of others, and to bring glory to God. Rights without duties leads to excess and over-indulgence,while duties without rights may lead to undue feelings of guilt.

John Calvin’s notions of law and liberty created a necessary separation of church and state, but did not build an impassable wall between the two entities. They maintained separate roles in society, but both being based on natural law as revealed by God in the Ten Commandments, they depended on one another to flourish.

Note: John Witte, Jr. is the Jonas Robitscher Professor of Law and Director of the Center for the Study of Law and Religion at Emory University. 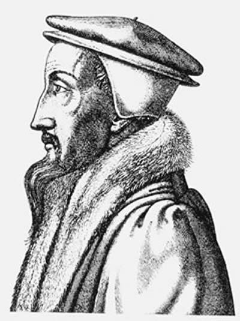 Read about other January Series lectures:

Christine Brennan ~ A life in sports