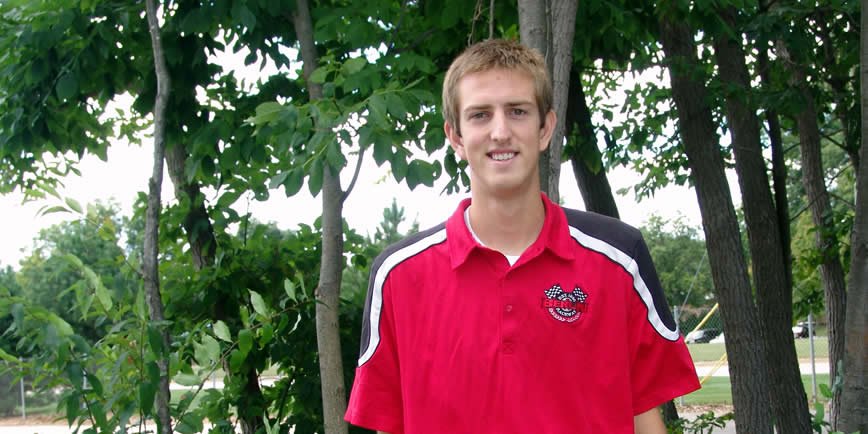 When Brent Schuster was a little kid, he dreamed of playing for the Denver Nuggets; he still dreams of being on the professional basketball team’s payroll—but in a slightly different capacity.

When Brent Schuster was a little kid, he dreamed of playing for the Denver Nuggets; he still dreams of being on the professional basketball team’s payroll—but in a slightly different capacity.

The Calvin sports management major said his preeminent job would be with his hometown team behind the scenes. He got a taste of what working in the professional sports world would be like this summer as an operations intern at the Berlin Raceway in Marne, Mich., a semi-professional, short-track auto-racing venue.

"I learned that there is so much that goes on beyond what you see when you just go to a sporting event,” he said. “There are so many parts that go into making an event run smoothly.”

At the racetrack, the entire week is spent prepping for Saturday: race day. Schuster spent the week mowing the lawn, painting the wall (“It needs painting every week because it gets crashed into a lot,” he explained.) and other general track upkeep.

Race day, though, is pretty crazy: “I never really knew how popular car racing is,” he said. Schuster spent race day in the tire barn selling tires to drivers, in the ticket office helping with sales, near the track helping with promotions—wherever he was needed.

His Calvin classes helped prepare him for sports-event management, he said. “In one of my classes last year, we promoted the Calvin-Hope volleyball game to see how many people we could get to come out for that. We had a lot of people involved in just promoting one single event.” (The event set an NCAA III regular-season single-match attendance record of 2,725.)

Professor Jim Timmer heads up the sports management program, a growing field. In six years, the program has increased from five or six majors to 26, he said. “We started the program because of student demand and because we saw a need for more Christians in sports administration,” he said.

Schuster found sports management to be a perfect blend for him: “I started in business but have always had a love of sports; with this I’ve found that I’m able to do both.”

While Schuster appreciated the opportunity to learn about sports administration this summer, he wasn’t as appreciative of the sport of auto racing. “I really had no idea what was going on with the racing—racing isn’t really my sport,” he said.

The 6-10 senior member of Calvin’s basketball team prefers to stick to the hard court, even if that means being in the back office. 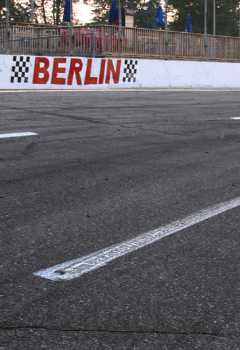 • Eighty percent of Calvin’s class of 2009 completed an internship or practicum.

• Calvin's business and engineering departments have the highest rates of student participation in internships.

• Calvin is one of just 15 schools in the nation—the only one in the state of Michigan—to be recognized in the internships category by US News and World Report.

• According to a recent survey by the National Association of Colleges and Employers, more than 50 percent of internships result in a full-time position.

• Sixty percent of internships are paid.

• Internship or practicum credit is available for every major.

• To qualify as an internship, a position must be supervised by an expert or mentor.