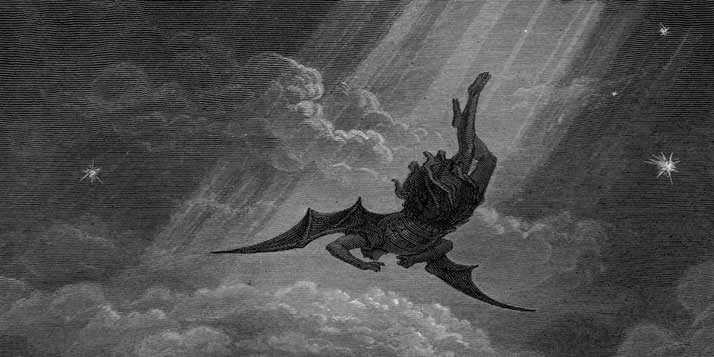 “I’m not sure what I believe about the devil,” sophomore Ali Dahmer said, “but I’m hoping this class will make it a little clearer to me.”

Sophomore Ali Dahmer didn’t know what the devil she was in for when she signed up for her interim class this year.

“It’s been my experience that I haven’t spent a lot of time on the theology of the devil and what our understanding of evil is,” said the religion major. “I’m not sure what I believe about the devil, but I’m hoping this class will make it a little clearer to me.”

Dahmer is one of 25 students studying “The Devil in Western Culture” during the January interim, Calvin’s three-week term which allows students to explore a topic in greater depth than they are able to do during a regular semester class.

History professor Bruce Berglund was inspired to teach on the topic after reading The Prince of Darkness by Jeffrey Burton Russell. “I was struck by how he took apart this concept, from the pre-Christian period and along the way as theologians added different insights.”

The class is co-taught by art history professor Henry Luttikhuizen, who has a particular interest in medieval art depicting judgment and sin.

The devil through the ages

While the class began with students offering their perspectives on the devil and what he does, it is not a theological study.

“This class is not about whether or not the devil actually exists,” said Luttikhuizen. “I can’t answer that question in the context of a class like this. Many people have dealt with that problem throughout history, and, therefore, it has become a historical issue. We’re trying to answer questions like ‘What do people picture him as?’ and ‘Why do people picture him this way?’”

Midway through the course, Luttikhuizen spent a class period on Martin Luther’s battle with the Catholic Church and how both sides were represented in 15th Century art. In one image depicting the temptation of Jesus, the devil is portrayed as Martin Luther himself.

The class also examined the depiction of evil, the Apocalypse, witches and demon possession in both art and literature throughout the centuries, with reference to Shakespeare, Milton and the Faust legend.

While prevalent in early western culture, the devil is also common in contemporary culture. “You have movies like The Exorcist and the Rolling Stones’ ‘Sympathy for the Devil,’” said Berglund. “We’re asking students to research how a more contemporary cultural artifact depicts the devil.”

In fact, it’s the cultural comparison that most interests Dahmer. “I chose this class partly because it’s not a religion course,” she said. “Sometimes we can get bogged down in the theology and not recognize how regular people are reacting. This is about how we react to evil in culture; that’s what makes it so interesting.

“I’m still not sure what I believe about the devil, but it has been helpful to see what people believed in the past about hell, the devil, evil and even God. It gives you a broader perspective to base your own opinion on.” 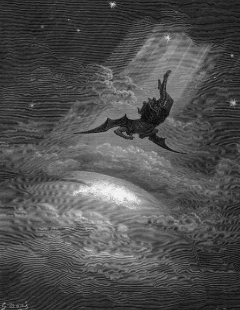