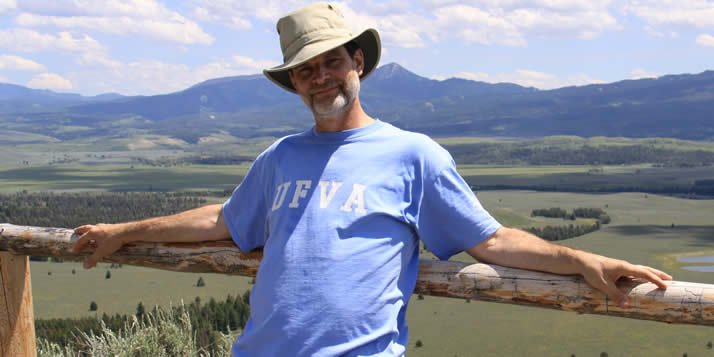 Professor Carl Plantinga explores films such as True Grit from a philosophical perspective.

In the span of four weeks in late May and June, Calvin film and media studies professor Carl Plantinga headed to Australia to talk about the American Western—specifically Hollywood treatments of the novel True Grit. He then returned to the U.S. for a talk on mood and cinema at the annual conference of the Society for Cognitive Studies of the Moving Image in New York City. And then he went to Europe for a conference keynote address at Oxford University on “immersion and storyworlds.”

All of this after completing a semester’s worth of teaching and grading. Plantinga has been a professor of communication arts and sciences at Calvin since returning to his alma mater in 2000 following a dozen years at Hollins University in Virginia. And while the confluence of exams, conferences and Commencement have made for a busy month, Plantinga said he wouldn’t have it any other way:

“When I came back (to Calvin),” he said, “I knew what kind of place this was. We offer students a solid education and a strong sense of vocation. To be part of that was enticing. And I knew this was a place where I would be expected to be both a teacher and a scholar.”

Plantinga was perhaps predestined to be a Calvin professor. His grandfather, Cornelius Plantinga, taught psychology at Calvin for 24 years, and Carl’s father, Alvin Plantinga, was a longtime Calvin philosophy professor.

Plantinga, a philosophy major as a Calvin undergrad, said that he often combines the fields of philosophy and psychology in his film and media studies scholarship, especially in his work with the Society for Cognitive Studies of the Moving Image (SCSMI). He has served the SCSMI as president for the past three years.

“We emphasize a philosophical and scientific approach to understanding film. It's at the margins of film studies, especially in the U.S., but it's a good fit for me,” he said.

Plantinga also works to harmonize his faith and film studies. His talk in Australia—at the “New Frontiers: The Western Genre in Film, Media, and Games” conference at the Swinburne University of Technology— is, he said, a perfect example of his approach:

In his address Plantinga examined such topics as vengeance, justice, reward and punishment both the original 1968 novel and the 2010 film adaptation of True Grit by Joel and Ethan Coen.

Plantinga wove strands of Calvinistic doctrine, including election, into the address, which were verbalized in both book and movie by 14-year-old heroine Mattie Ross. (An 1969 movie treatment of True Grit focuses on the character of bounty hunter Rooster Cogburn.)

"Mattie believes in divine election," said Plantinga, "the Calvinistic doctrine that holds that God has elected those to be rescued from the pits of eternal damnation and that God has determined who would be saved from the beginning of time."

The entire quest is saturated with these religious overtones, including in the music, said Plantinga. The score of the 2010 film includes five traditional hymns, the most prominent of which is “Leaning on the Everlasting Arms.”

“The (movie’s) composer, Carter Burwell, said the score is meant to remind the viewer of Mattie's church background and the source of her ideas,” said Plantinga. “He said too that he thought hymns or music that sounded like hymns would remind the viewer that the film's dominant perspective is Mattie's religious sensibility."

Plantinga said that because of its serious treatment of the theme of religion, the 2010 True Grit provides an opportunity to reflect on the nature of justice, vengeance, grace, and on the precarious human condition, all while enjoying a compelling story. For Plantinga, an interest in these compelling Western tales began with his father.

"He would sing the theme song from High Noon while he was doing the dishes," Carl recalled. "He grew up in North Dakota and he married a girl from Lynden, Wash., so our trips as kids were always packed in the station wagon, pulling the camper, headed west. I love Westerns in part because those trips out West inspired a romantic attachment to the Western landscape."

It was also because of his father that Carl Plantinga pursued film studies first as a master’s student at the University of Iowa and then as a Ph.D. student at the University of Wisconsin-Madison, where he wrote his doctoral dissertation on documentaries. Later published by Cambridge University Press as "Rhetoric and Representation in Nonfiction Film," that dissertation positioned Plantinga as an up-and-coming scholar in the field of film and media studies, a place where he had thought he could create his own niche.

“It was a young discipline, and I felt like I could do more in it than in a well-established discipline like philosophy,” Plantinga said. “Film studies at the time was emerging, young and undeveloped. It seemed like a good place to be.” 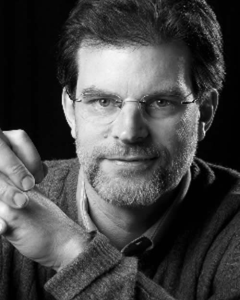