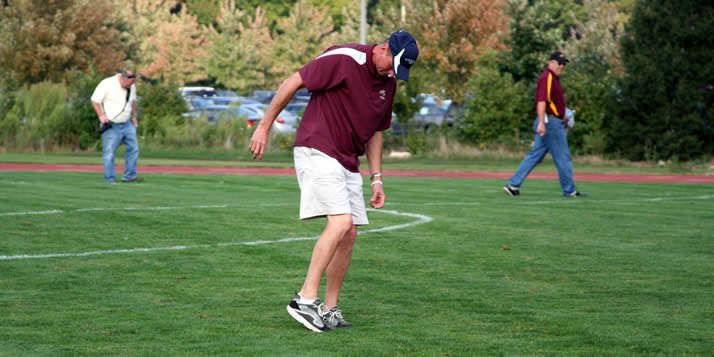 Soccer players, their families and friends are replacing the divots on the field after every game in honor of legendary coach Marv Zuidema.

This fall, the Calvin men’s soccer team will honor the late Dr. Marv Zuidema in a unique way after each and every home game. The team, along with family and friends, will replace divots on the field that bears his name. The tradition began when Zuidema was a coach and will continue even though Zuidema passed away earlier this summer.

An accomplished educator, coach, and administrator, Zuidema was passionate about replacing divots in the field immediately after soccer games. Even days after games, he could be seen walking about the field, fixing the turf. Tuesday afternoon, after its 5-0 win over the Adrian Bulldogs, the Calvin Knights soccer team, along with family and friends, replaced divots in the field to remember “Coach Z.”

“The least we can do for him is replace divots,” said head coach Chris Hughes, a player under Zuidema from 1987-to-1990. “We wanted to add the parents and family because Coach Zuidema always put an emphasis on family and friends; it was more than athletics.”

Zuidema was the head coach of the men’s soccer program for 36 years. From 1961, when they began playing the likes of Michigan State, Purdue, and Notre Dame, until 1997, when Zuidema retired from coaching with 341 career wins, Coach Z was known as a man who emphasized Christian principles in both his coaching and his teaching.

During his long tenure as head coach, Zuidema lead the Knights to 14 MIAA titles, four NCAA III Tournament berths including an appearance in the national quarterfinals in 1980, along with his 341 wins. Zuidema’s 341 career wins ranks him 16th all-time in NCAA Division III men’s soccer for career victories.

After stepping down as head coach, Zuidema went on to become the director of men’s athletics for Calvin from 1997-to-2003. In that span, the Knights captured four national championships and 19 MIAA team championships. Serving a double role, Zuidema was also the secretary on the MIAA Committee on Athletics from the time he was men’s athletic director up until this past winter.

Just as much an educator as a coach, Zuidema was also known for the physical education curriculum he wrote that was published through Christian Schools International. The K-12 curriculum was known by one of Zuidema’s well-known phrases: “Play fair, share and care.” The curriculum is now in its fourth printing.

As a man who had so much impact on countless individuals, it’s easy to sum up his work in the words of men’s soccer head coach Chris Hughes. “Playing for him was an honor. He was a great coach, mentor, and father-figure for all of his players. The least we can do for him is replace divots.” 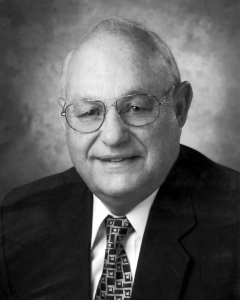