In concert and in a lab coat 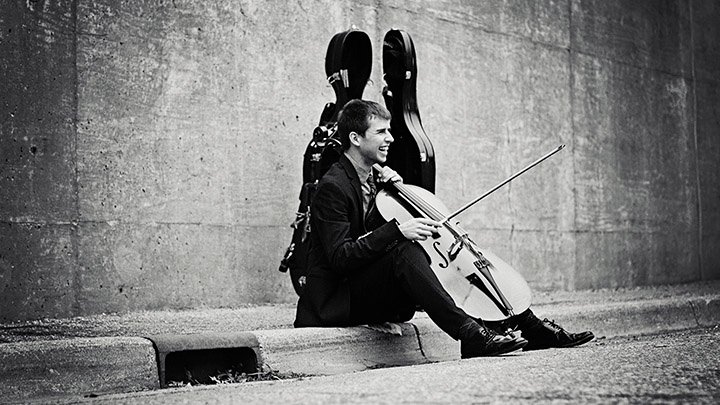 Andrew Plaisier ‘16 acquired a cello in the fourth grade, somewhat on a whim. “I showed up to a try-your-instrument day [at school], and my friend and I both went home with a cello,” he laughed.

Although Plaisier’s grandmother, parents and two sisters graduated from Calvin as well, he was the first of his family to major in both music and biology. With this rare combination of majors, Plaisier proved that one can have the best of both worlds in pursuing their educational interests at Calvin.

“Your major doesn’t always define what your life will look like at school,” he said. “The fact that I was a music and biology double-major could have meant that I was doing tons of lab work and research with biology, but I was more focused on music. I think biology is just as important [as music], but looking back on my four years, I did focus a lot more of my time on music.”

Opportunities in music and research

As a Calvin student, Plaisier would practice cello between an hour and a half to four hours a day, not including three orchestra practices and two string practices a week. He won the Calvin concerto competition his sophomore and senior years, was awarded music scholarships each year and had multiple solo student recitals and orchestra performances. On top of that, he was able to manage the rest of his schoolwork and do research with his biology advisor his senior year.

Plaisier is thankful for the ways of thinking that he learned from his biology classes, which are now beneficial to his life. He can see himself having a biology-related job in the future, but for now he is focusing on music opportunities, like L’Orchestre de Francophonie in Montreal, Quebec. Plaisier spent six weeks this summer in Montreal with approximately 60 other musicians, learning and performing new pieces from composers that had never been played before. A highlight for Plaisier was performing Gustav Mahler’s “Symphony No. 2,” also known as the “Resurrection Symphony,” a monumental work that Plaisier said most classical musicians love.

Plaisier hopes to continue growing as a musician and cellist, both technically and musically, and plans on continuing with private lessons and is interested in possibly becoming a professor of music someday. Beginning in fall 2016, he will begin a two-year cello performance master’s program at the University of Michigan in the studio of Anthony Elliot.

Looking forward to this master’s program opportunity, Plaisier hopes Calvin students will keep their eyes open for the opportunities presented in their own lives.

“Be connected to people, even if it’s a slim connection—that’s how opportunities happen,” Plaisier said. “God used people around me to give me opportunities. I’m really thankful for my time at Calvin and all the people that made [the experience] what it was.”