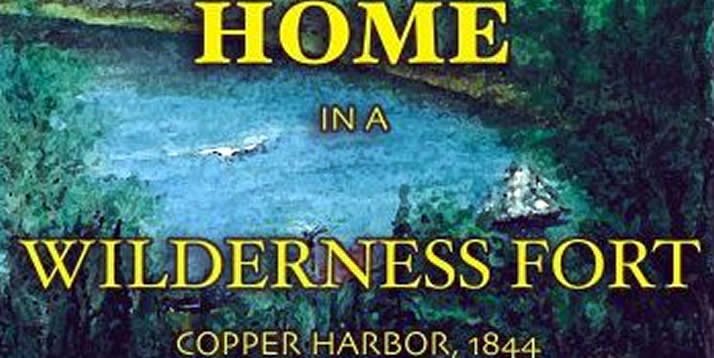 Charlotte Otten has penned a variety of books, including everything from traditional children's books to an examination of werewolves!

A Calvin College professor of English emeritus has written a book about one of her favorite vacation spots.

Charlotte Otten has penned a variety of books during both her career as an active professor and in the years since her retirement, including everything from traditional children's books to an examination of werewolves!

Her latest offering is a children's historic novel called "Home in a Wilderness Fort: Copper Harbor, 1844.."

The book details the adventures of Josette, a girl of 10 who journeys to Michigan's Copper Harbor in 1844 with her sister and brother-in-law, who has been assigned as a military officer to help build Fort Wilkins. There she lives an adventuresome life, while learning about the state's native people (one of her best friends is an Indian girl named Maria who rescues her from a bear), the wilderness and herself!

Otten began visiting Copper Harbor two decades ago and often included a visit to Fort Wilkins in her stay up north. Eventually she was inspired to write about life at the time the fort was built. Her early efforts on the book included a significant amount of research and she ran the manuscript past historians to ensure that it was historically accurate.

One of those historians was Thomas Friggens, the regional manager for the Michigan Historical Center, an agency within the Michigan Department of History, Arts and Libraries. Friggens told the Associated Press that Otten's book shows a remarkable attention to detail. "It gives a flavor of life at Fort Wilkins and gives a flavor for life in the pioneer era of the Keweenaw," he said.

The book is published by Arbutus Press, an independent publishing house located on the shore of Arbutus Lake, near Traverse City.

On July 26 Otten will sign copies of her book at Horizon Books in Traverse City and on August 17 she will return to Fort Wilkins for a talk on the fort as part of the Fort Wilkins Historic State Park summer evening programs.