Henry Institute sponsors Challenges for the Next President series 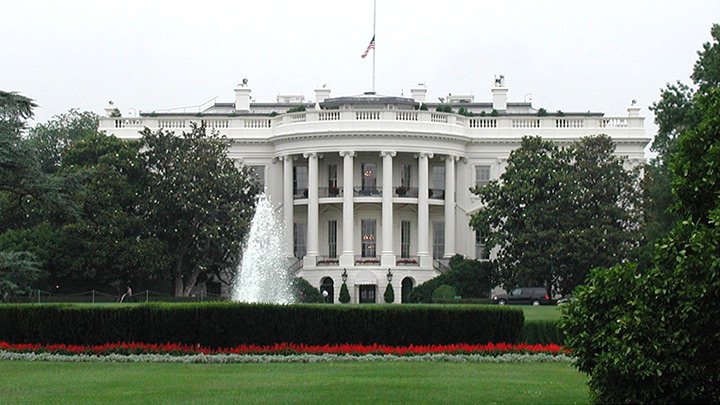 When thinking about this election cycle and some of its problematic rhetoric, the leaders at Calvin’s Henry Institute for the Study of Christianity and Politics wanted to become change agents for civil discussion.

So Micah Watson, associate professor of political science, with an assist from Kevin den Dulk, executive director of the Henry Institute, launched a series called Challenges for the Next President.

The pair hired two students, Abbie Schutte and Ben Ridder ’16, to help kick off each discussion with an introduction. At each event, a couple of speakers are invited to talk from two perspectives for about 10 minutes each, then the floor is opened up for questions and discussion.

The series aims to help Christians in our community come together around issues that will face the next president, but to do so in a helpful, rather than harmful way.

“We thought that this series would give us an opportunity to model good discussion about important issues from a Christian perspective, but from different Christian perspectives as well,” Watson said. “I think part of what we’re hoping to do is both to inform about issues but also practice the sort of dialogue and conversation that yields more light than heat.”

So far the series has discussed issues related to the environment (Feb. 17) and immigration (March 24). Upcoming talks include religious freedom (3:30 p.m. April 20), restorative justice (May, date TBD), foreign policy (TBD), human dignity (TBD) and the economy (TBD). And then in December, there will be a round-table discussion about the results of the presidential election and what that will mean for our country.

All talks are held in the DeVos Communications Center Lobby.

Watson noted that audience turnout has been around 100 people each talk so far, and the crowd includes Calvin Academy of Lifelong Learning (CALL) members, community members, faculty, staff and students. He said the format is intentionally conversational rather than just “a data transfer” from the speakers to the attendees.

Upcoming topics are left intentionally flexible. “We’ve left it somewhat fluid,” he said, “so that if something comes up between now and then, we can actually slot that in there and have it be a more pertinent topic than what we would otherwise have.”

The students who have written the introductions for the talks said a primary goal is to act as a guide and tone-setter for the discussion.

“We try to present a very bipartisan introduction—something that Christians from all sides of the political spectrum can come together and agree on,” Schutte said. “So far, they’ve been pretty rooted in biblical text and in theology, and giving Christians a common framework within which to think about these different policy issues is a goal.”

Ridder said he believes the series can benefit people from all walks of life.

“This is an election that is going to affect everybody,” he said. “So, if you plan on voting and plan on getting involved, then you should educate yourself. And that affects everyone, no matter what you’re studying.”

Watson said he hopes people will come with respectful attitudes and walk away enriched.

“I hope that people will come away with a sense that these things matter and that we can talk about them in constructive, God-honoring ways, even when we disagree,” he said. “I think if we can make any observation about our political discourse this election season, and really over the last few years, it’s that we have become more polarized, more divisive, and we’ve gotten uglier as a culture. Our hope is to offer these conversations as another way of doing things—a way of really wrestling with the problems, but doing so in a way that we’re still able to shake hands afterwards.”