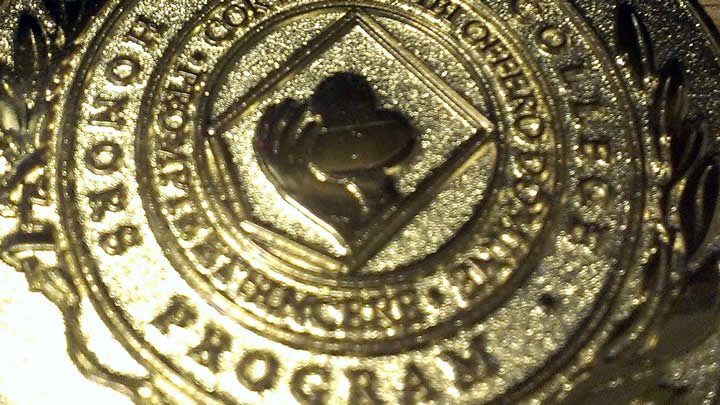 Rachel Hekman, who will graduate with honors in history this May, first envisioned herself receiving her medal for graduating from Calvin with honors while she was just a high school student.

“When I did my Friday’s visit, they handed me a brochure for the honors program because I was an honors student in high school,” she recalled. “On the back of the brochure, there was a picture of the medal, and it said you could get [a medal] if you graduated with honors. I was sold.”

At Honors Convocation, which took place on Wednesday, April 23, Hekman finally got her medal. Held each spring, Honors Convocation recognizes seniors graduating with honors and students who made the dean’s list.

But in order to earn that medal, Hekman and the other students graduating with honors this spring had to take at least six honors classes and complete a special honors project in their discipline.

As many of the speakers at the event emphasized, “it’s a lot of work.”

Hekman’s 65-page history thesis has been in the works since last spring. For the project, Hekman studied three different Civil War-era Southern women’s diaries to see how they viewed faith and gender in the context of the war.  She was drawn to the project because it not only incorporated her broad research interests, but connected with her on a personal level.

“The idea was particularly interesting to me on a personal level because of the similar backgrounds I have with the women I've chosen [to profile],” Hekman explained. “For the most part, they were in their early 20s at the onset of the war, came from religious families and sought answers to the war's questions in their Protestant faith (or vice versa). I may not be Southern, but I feel a connection with these women that goes beyond my thesis.”

Hekman has been surprised by how aware of their role in the Southern hierarchy the women she studied were:

“The women knew if they worked outside the home or subverted their husband’s authority in front of slaves, they would be challenging Southern society as a whole. They were very well aware, but it was in their best interest to uphold it.”

However, Hekman noted that at least one of the women would go on to challenge that hierarchy.

“She was a planter’s wife and daughter—so basically Scarlett O Hara,” Hekman joked. “But by the end of the 19th century, she was the head of the suffragette movement in Georgia. So she goes from being a Southern Methodist planter’s daughter to that.”

Hekman loves the academic experiences of being an honors student, but she also appreciates the program for the social opportunities it offers. Hekman has been very involved with the honors council, a group of honors students who help shape the honors program and plan events for honors students, since her freshman year. She has even had a hand in planning Honors Convocation.

Although Hekman enjoyed all of these experiences, she is looking forward to graduation.

“I think Calvin is a version of real world. But I’m excited to go out and experience a fuller version of real life. I’m looking forward to getting out and putting into practice everything I’ve learned at Calvin and to put down my roots somewhere.”

Hekman will start working towards her master’s degree at Western Michigan University in the fall. She hopes to eventually earn a PhD and become a history professor. 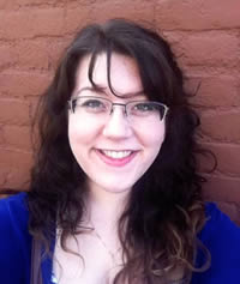