Gaining a deeper understanding of congregations in greater Grand Rapids 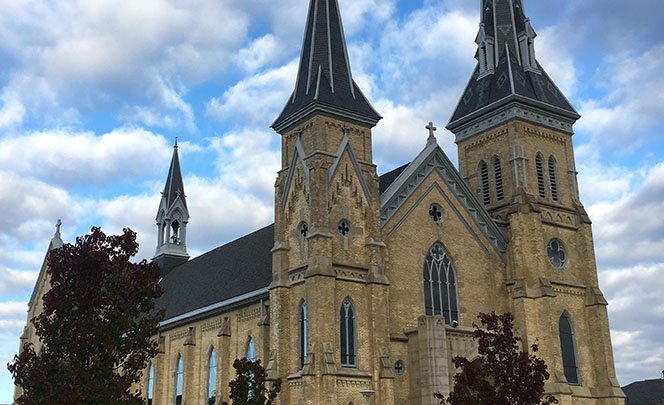 “One thing that excites me about Calvin is our mission. Calvin College is equipping students to think deeply, to act justly, and to live wholeheartedly as Christ’s agents of renewal in the world. We are trying to put that into practice every day here,” said Neil Carlson, director of the Center for Social Research (CSR), about the work they are doing.

Since its founding in 1970, CSR's top priorities have been to promote excellence in research, both on campus and in the community. “Our vision is to be valued learning partners for all who seek wisdom-driven social research and development,” said Carlson.

This year, CSR has launched a major field interviewing project, the Greater Grand Rapids Survey of Congregations. The study will result in up to 500 face-to-face interviews with pastors and religious leaders in Grand Rapids, Kentwood, and Wyoming, focusing first on predominantly African-American and Latino churches.

“The goal is to create a population sampling, really a census of every congregation in the zone,” said Carlson. He sees this as being the beginning of many future spin-off projects for CSR as well as other organizations.

The data collection process begins with contacting local church leaders to schedule a one-hour interview, said Nikole Karl, CSR research specialist. Researchers then go out in pairs, one conducts the interview and another acts as quality control. In order to ensure data and statistics are consistent, the interview teams work from a standardized set of questions, said Carlson.

This study is a direct descendant of a past congregational survey. “It was nice because we had all the data from 2007,” said Carlson. This year CSR researchers are observing the congregational growth and changes that have occurred over the past 10 years. As many people move further from their home church, another question being introduced is: What does it mean for clergy and churches when the majority of members are commuting?

While CSR has seen some changes since the 2007 survey, the majority have been positive, said Carlson. There has been pretty dramatic growth in many congregations, and the church closing rate is less than the rate of new congregations being introduced.

Because much of this project is taking shape along the way, the team is able to make changes and improvements as needed, he explained. “We’re building the plane as we’re flying it,” said Carlson. The team is relying on lots of feedback, said Karl. “I used to believe that I had to plan everything so far in advance,” said Carlson. “We are actually stronger and better prepared when we practice what we know, but can be flexible.”

“For me it’s always good to keep the big picture in mind while I’m doing the tedious things like data entry. I have to remember that this is going to impact so many people,” said Karl. “I love being able to see the direct impact my work has in the community. I’m excited to know that I’m helping people here.”

Carlson said he is particularly passionate about this work because of the impact it will have on a larger scale. “I’m feeling a stronger and stronger calling for minorities and immigrants in our country and the church,” said Carlson. “We have an amazing opportunity to help them tell their stories.”