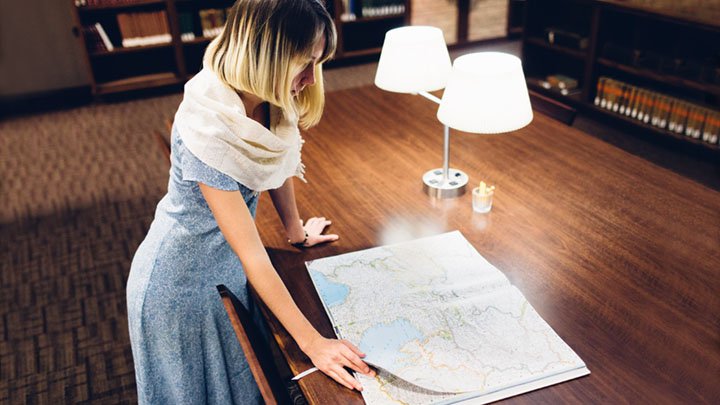 In September, Janaya Crevier will head to Austria for 10 months on a Fulbright Scholarship.

She’s completing a triple major, just presented her research at the largest international conference in her field, and now she’s the recipient of a prestigious Fulbright Scholarship.

But for Janaya Crevier, who admits that as a high achieving student it’s all about the gold star—and the Fulbright “is the ultimate gold star”­­—it’s not the award itself that brought her to tears, it’s knowing what it’ll allow her to do.

With the Fulbright funding from the Institute of International Education, Crevier will be heading to Austria in September 2016 to explore the journeys of a half dozen refugee families. She’ll then build a story map about their geographical journeys from origin to destination with the hope of having it published on a magazine’s website that is produced by and for people of migrant/diverse backgrounds. The goal of her project is to deepen geographical understanding of cross-cultural injustice, as well as of cross-cultural hospitality and reconciliation.

“Every person she meets will have a story, and she’ll have a real challenge of navigating that world when you have so many heartfelt compelling stories and deciding which ones to tell,” said Jason VanHorn, Crevier’s geography adviser at Calvin. “I think it’s going to rock her world. I think it’s going to impact her for the rest of her life.”

Crevier first realized the need for greater cross-cultural understanding growing up on the south side of Chicago. She noticed the alienation that resulted from ignorance of place and story, and it’s there where she began to educate herself through language learning.

That work continued at Calvin, where Crevier began as a German major. She soon added philosophy and geography majors, too. Crevier says that between the courses in her three majors and the matrix of various social interactions with people at Calvin, “there’s been this consistent reminder [to ask] what are you not hearing? What are you not seeing? Whose story is not being told? Who is the outsider here and why? How do structures of power coalesce to create that silence? And, what is your task to combat that given who you are and the particular gifts and talents that you have?”

Her professors at Calvin challenged her to think deeper about these issues of injustice.

And that deeper thinking continued overseas in 2014, when Crevier studied abroad for a semester in Vienna, Austria, where she says she was “particularly impacted by the interviews conducted for my urban geography class in the Favoriten neighborhood, which is currently experiencing significant demographic shifts as increasing numbers of migrants and refugees move to the area.”

Her experience abroad led her to dig deeper when she returned to the United States. She spent the next year learning more about the global refugee crisis, about multiculturalism in German-speaking Europe and about digital map-making, which she says “provides the perfect medium for communicating the intricate spatial connections involved in cross-cultural issues.”

And she learned about that perfect medium through an unlikely McGregor Fellowship research project, which explored a topic she had little interest in: Geography of American Sports Success.

“She was not excited about sports, but she was excited about doing spatial analysis and learning how to use cartography to communicate a message,” said VanHorn, who along with history professor Bruce Berglund, were faculty advisers on Crevier’s research project.

When she wrote her proposal applying for the Fulbright, VanHorn says “she explained that stories and maps go together and that you can really communicate stories of refugees going from Syria to Austria through maps, and they provide a powerful medium through that. And she discovered that through the McGregor Fellowship, studying the geography of American sports success.”

“As I created maps visualizing the spatial relationships between income, for example, and cultural phenomena, such as sports success, I was amazed by cartography’s speedy and forceful communication of complex realities,” wrote Crevier in her proposal. “I learned how visualizing the ‘where’ of an issue opens the door to a host of intricate relationships inherent among people, place and culture.”

Equipped and in pursuit

Crevier heads back to Austria in September with an equipped passion, ready to meet a real need in the world.

“Janaya is an intellectually curious young woman and she wants to be challenged,” said Mary Buteyn, her German adviser at Calvin. “She’s synthesizing her German and geography for this project.”

“This would never have been possible without every single one of my German teachers in high school, German professors in college, the GIS research with Professor VanHorn, all of these influences pouring into this aren’t just about this project, but are part of me,” said Crevier. “It’s weird to be trumpeting this as a great accomplishment when it feels like its rather what naturally I need to do based on what I’ve been given by all these people. And every person has that happening to them in different ways. That’s why I stayed at Calvin, because there is that investment, even just one professor, or one chaplain or one friend. If you have that, that’s something life giving, that’s something that can make it worth doing what you care about.”