From pursuing business on a whim, to leading hundreds 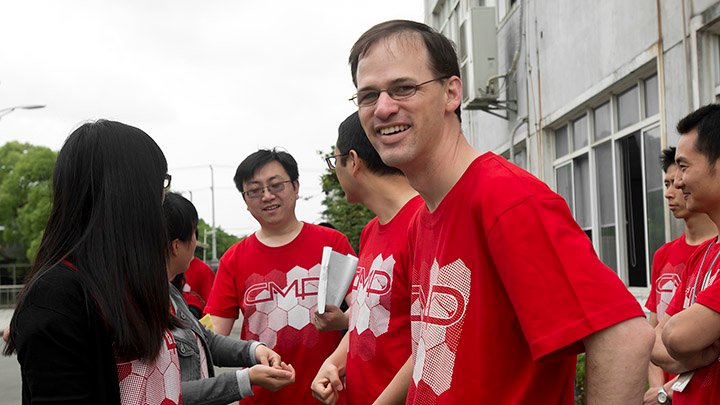 From a three-week church trip to China in high school to managing a company of 400 people, Calvin 2001 graduate Jared English’s journey transitioned from a spark of interest in Chinese studies into a lifelong vocational pursuit. “After one year of Chinese at Calvin I realized I wanted to go back and see if it was something I wanted to do for the rest of my life. Sure enough, it worked out,” he said.

“What I’m really good at isn’t accounting or sales­­—it’s managing and creating teams. In college I would do that through ultimate frisbee or Bible studies, and I learned early on that was my strength, but I just had to be given a chance to manage someone. It quickly blossomed [into the understanding] that that’s where I belonged.”

English then took a seven-month unpaid internship in China with Pacific Resources International and has now been working in China for 13 years, including his current job managing a plastic injection mold company, Custom Molded Products (CMP) since November 2013.

“Managing 400 people, I’m responsible for the success of the company, ultimately. I enjoy taking on complex situations and creating better teams out of it. My daily [question] is: how can I create the best environment for my team members to be successful? The way I do that is by having very clear goals with feedback, promoting an open and transparent environment,” he said.

For English, this positive environment is built on teamwork, performance and attitude. “If you do a good job in all three, you have great success,” he said. “It’s been true in high school, at Calvin and every job I’ve had. If you lack one of those, you might get by, but not if you lack two.”

English appreciates the opportunities he participated in at Calvin that fueled his passion for China and management, especially his semester abroad. “I was reading about the history in the morning and going to visit those historic places in the afternoon. I had a wonderful class. It set the fire in my mind and heart that I wanted to be in China and working here,” he said.

In addition to working at CMP, English enjoys spending time with his wife, Maria, and his four children. He also plays soccer on a biweekly basis with coworkers from CMP. “We’re better teammates at work from playing on a soccer field,” he said.

English has reinvested in Calvin by co-creating the Bays-Herzberg Asian Studies Scholarship for the fall semester China program. He greatly appreciates the friendships he made at Calvin that he still maintains today, and is thankful for the on-campus resources that helped him grow in his faith. “[Calvin] reinforced the need for close accountability and relationships,” he said. “Those disciplines are still important to me today.” 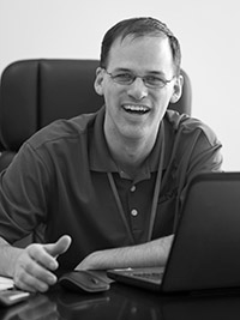