From first-year class to Fulbright 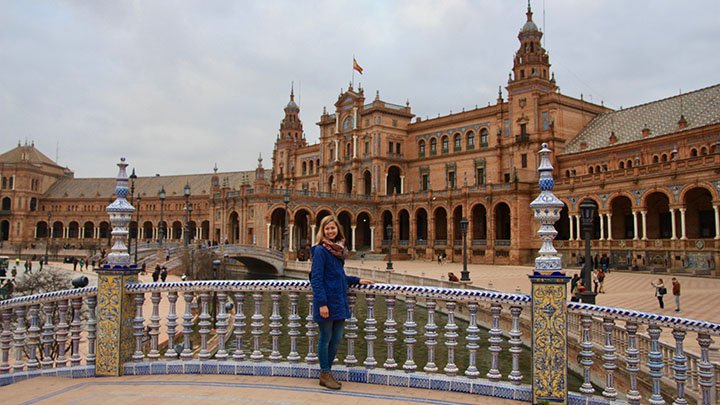 Through a Fulbright Scholarship, Mimi Sterenberg is headed to Spain to teach English for 2019-2020.

When Mimi Sterenberg came to Calvin, she hadn't taken a Spanish class in her life.

"After taking Spanish 101, I told my advisor that I wanted to add a Spanish major along with occupational therapy,” she said. "With the liberal arts model we are encouraged to take classes outside of our area of study; they might not be classes we think we’re interested in, but you could end up finding something you really love.”

And that's what happened to Sterenberg. Now three years later, she's a double major in Spanish and pre-occupational therapy, and she's ready to sojourn to Spain for a year. Through a Fulbright Scholarship, she will have the opportunity to teach English for a year following graduation.

“An important part of doing a Fulbright is stepping out of your country and out of your comfort zone,” said Sternberg. "With her Fulbright award, Sterenberg joins a legacy of students and faculty who are dedicated to pursuing excellence, exchanging ideas, and finding solutions to global concerns.

Sterenberg will be assisting permanent teaching staff in preschools and elementary schools in La Rioja. “I picked Spain because I went there for my study abroad,” she said. “I really liked it and since I’m majoring in Spanish along with pre-occupational therapy, I thought it would be a great opportunity to use what I’ve learned."

Tapping into your passion

Aside from her work teaching English, Sterenberg will be pursuing an independent study on inclusive classrooms and working with individuals who have disabilities. “I hope to take what I will be learning into my continued studies in occupational therapy,” she said.

Sterenberg believes this opportunity will allow her to tap into her two passions. “I’ve become really passionate about helping kids have that healthy development, and a lot of that involves movement in and out of the classroom,” she said. “In the future, I would like to be able to work with people from all backgrounds. I’m excited to bring back ideas from other cultures to my occupational therapy studies.”

After returning from Spain, Sterenberg will be attending Northern Arizona University to pursue her doctorate of occupational therapy.