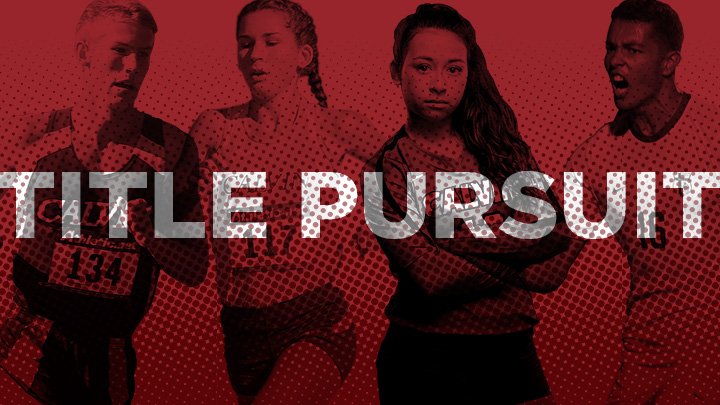 The men’s soccer and men’s and women’s cross country teams continue their title pursuit on the road this weekend, while the women’s volleyball team will have the opportunity to defend their NCAA III title on their home floor.

Follow all of the Knights' teams competing in NCAA postseason action November 16-18, 2017:

The Knights (29-3) are one of just eight teams to advance to the NCAA III Women’s Volleyball Championship Weekend in Grand Rapids, Michigan.

The Knights are coming off victories over Washington University in St. Louis, Millikin and Carthage in the Bloomington, Illinois Regional.

Now, the Knights get ready to defend their title on their home floor at Calvin College, beginning with their opening round matchup at 8 p.m. on Thursday, November 16 against Johnson & Wales (35-0).

The top-ranked men’s soccer team is making its third consecutive appearance in the NCAA III Tournament’s Round of 16. The Knights are coming off victories over Thomas More and John Carroll in University Heights, Ohio.

Now, the #1 ranked Knights will head to Chicago for their Round of 16 matchup with the University of Chicago, ranked #11 in the most recent United Soccer Coaches poll. The winner of the Calvin/Chicago match will face the winner of Emory/#18 Mary Hardin-Baylor, for an opportunity to head to the NCAA semifinals.

The men’s cross country team is making its 25th consecutive trip and 33rd overall to the NCAA III Championships this weekend. The 13th-ranked Knights repeated as Great Lakes Regional Champions this past weekend.

For the 13th consecutive year and 28th overall, the Calvin women’s cross country team is headed to the NCAA III Championships. The Knights surprised the Great Lakes Regional field on Saturday by placing second, four points ahead of third place Allegheny to nab one of two automatic qualifying berths to this weekend’s NCAA III Championships.

Both the men’s and women’s cross country teams received automatic berths to compete in the NCAA Championships on Saturday, November 18 at Principia College in Elsah, Illinois.