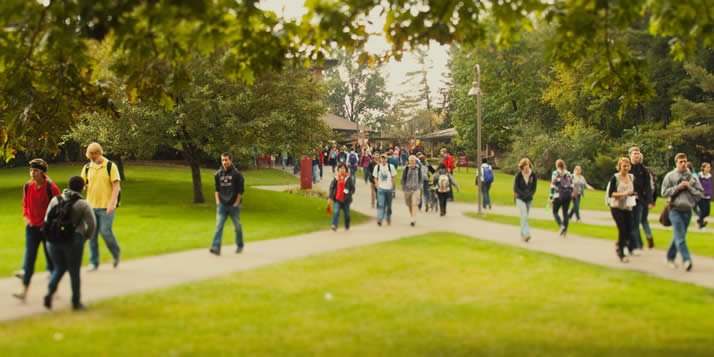 Calvin College is again touted as one of the country’s best and most interesting colleges in the 2014 edition of the Fiske Guide to Colleges.

The Fiske Guide provides college-bound students and their parents with a selective, subjective and systematic look at 300-plus colleges and universities in the U.S., Canada, Great Britain and Ireland.

In this year’s edition, Calvin made the lists for small colleges and universities strong in business and in engineering, putting Calvin as the only college in Michigan on either of those lists.

In the two-page essay included in the guide, editors say that Calvin “ranks high on the private-college bargain list” and that “most students view Christian values as central to the academic experience.”

The guide also notes that Calvin is the only evangelical college to offer an Asian Studies program, that students who receive bachelor’s degrees in accounting from Calvin pass the CPA exam at rates well above the national average and the college is among the top in the nation for the number of students who study abroad.

Current Calvin students quoted in the guide are appreciative of the academic environment and the support of faculty. Says one sophomore: “The dedication of the professors is contagious and encourages me to want to learn more.”

Fiske editors agree, noting that 46 percent of classes at Calvin have 19 or fewer students. “…teaching assistants won’t be found behind the lecterns, so professors are expected to reserve about 10 hours per week for advising and assisting students outside of class.”

Students also give the college high marks in the areas of residence life, food, extracurricular activities and location. “With over 100 different student clubs, varsity and intramural sports, and music groups, it’s not too difficult to get socially connected on campus,” says one senior.

Students also note that Calvin has a distinctively Christian character and atmosphere. Says one sophomore: “This college, its people, place, and mission, all revolve around a commitment to Christ and the furthering of His kingdom. Faith plays an integral part in the classrooms, offices, and dorm rooms.”

The Fiske Guide to Colleges was commenced 30 years ago by Edward B. Fiske, who served for almost two decades as education editor of The New York Times. The guide takes into account many qualities, including academic ratings, price category and quality of student life on campus. 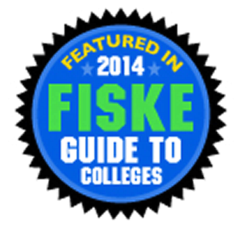