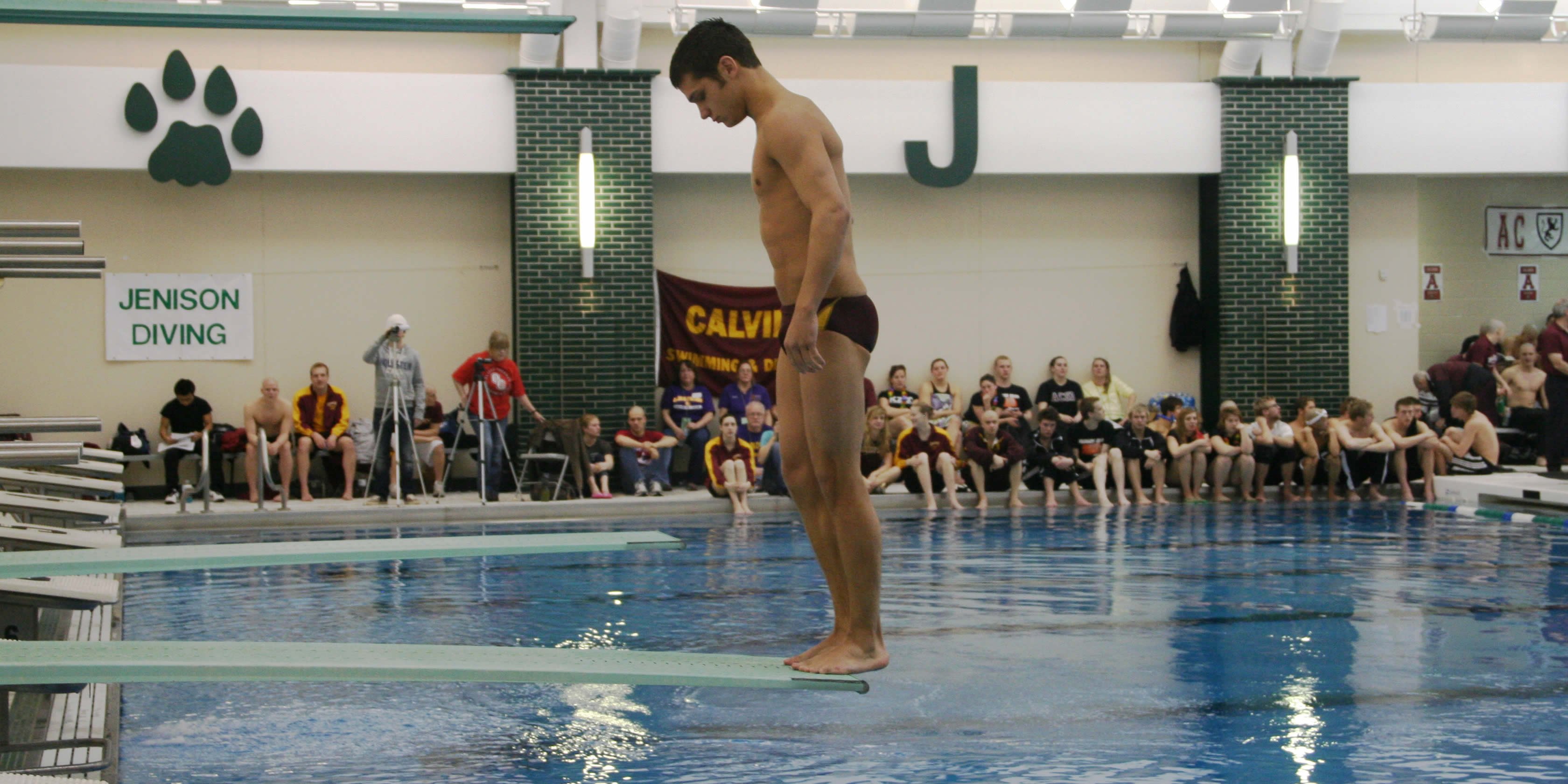 Entering the MIAA swimming and diving championships on Thursday, Calvin diver Andy Krafft was ranked first on both the one-meter and three-meter boards for an 11-dive meet.

Not bad for a freshman who is still “dusting the rust off,” according to his dad, Scott: Krafft hasn’t trained or dived competitively in more than four years.

As a youngster, Krafft trained with the best as part of the top U.S. Elite Junior Olympic diving team in Columbus, Ohio, nearly three hours from his home in Fort Wayne, Ind. A combination of factors— including his coach quitting and the financial and time commitment—caused Krafft to reconsider his diving future just before he reached high-school age.

“We looked around Ohio State University,” said Scott Krafft, “and I told him to think about training at this level, or I asked him if he would rather pursue a Christian (college) education.”

The younger Krafft thought about it for a week and opted for the Christian education.

“When I decided I wanted to go to a smaller Christian school, I thought it was the end of the road,” said Andy Krafft. “There aren’t many Christian colleges that have diving, so I figured that was it.”

Krafft, a homeschool graduate, stayed off the boards throughout high school except for some recreation-league diving at a local pool during the summer and had decided on a Christian college near his home.

But his dad had heard about Calvin. “I knew something about Calvin’s academic atmosphere and I really liked that,” he said. “I also had heard about the wonderful new natatorium (Venema Aquatic Center), and I kept thinking that if Andy could have the opportunity to dive at the Division III level at a school with good academics, he should at least think about it.”

Back on the board

Krafft and his parents visited Calvin, and a few short months later he was back in the pool. “I walked into the pool and just seeing the facility and talking to (diving coach) Aaron (Paskvan) and smelling the chlorine got me excited to dive again,” he said.

“In talking to Andy about his background, I knew he was going to be pretty decent,” said Paskvan. “I didn’t think he would get it back so fast though. I was thinking if he could just get back to where he had ended several years ago, he could be pretty competitive in the league. After he started, things progressed very quickly. He has some very special talent.”

Krafft started with a couple of dives he was familiar with, and he kept going over, Paskvan said. “Dives he used to do in tuck we switched to pike, which increases the degree of difficulty,” he explained. “During the first two weeks he kept saying, ‘Man, I go higher than I used to.’”

Just a month into the competitive season, Krafft had broken the school record on the one-meter board (he’s since topped his own mark), and later broke a 25-year-old mark on the three-meter.

“I had never done a six-dive meet before,” said Krafft, “so I had no idea how my score compared. I didn’t know where I was until I heard my final score, and Aaron nodded at the record board.”

The 11-dive records are within reach as well, including Calvin’s oldest mark of 508.45 on the three-meter set by Dirk Pruis in 1982.

“He’s right there,” said Paskvan of Krafft, who was within 12 points of the record at a meet earlier this year.

Still, for Krafft, his college experience has already been about more than records and diving: “I’m really glad I came here.  Calvin is unique in a lot of ways, and it fits my personality. I feel like Calvin gives me more opportunities to develop my faith and grow closer to Christ, and my faith is very important to me.

“I love diving, but I didn’t want it to be my life. That’s why I love Division III; it’s a good balance.” 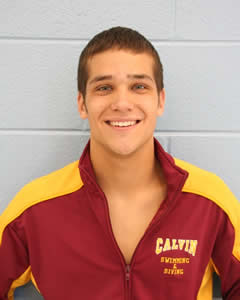 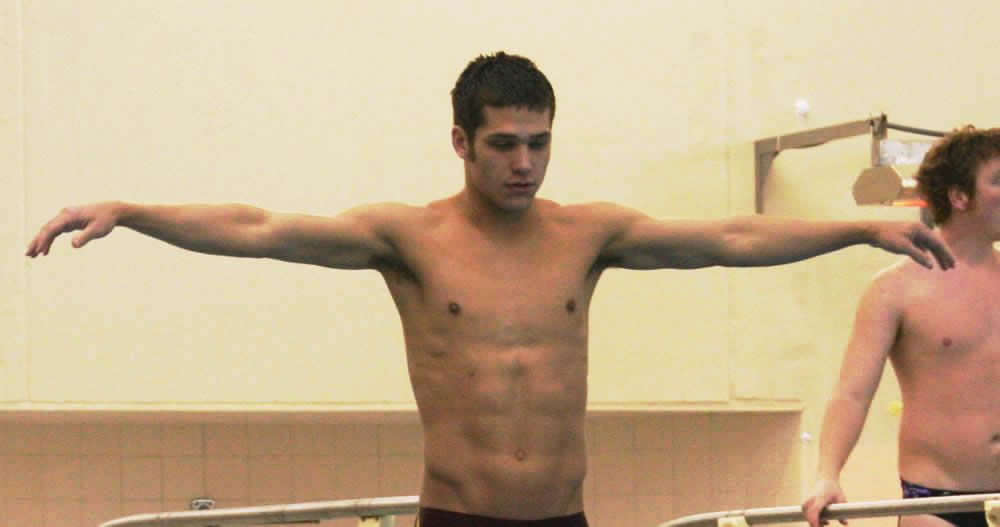 Recently, Krafft became the first MIAA men’s diving champion from Calvin since 1985, winning the one-meter competition with an NCAA III qualifying, Calvin record and Jenison Aquatic Center record score of 511.45. Kraft broke the previous Calvin record for 11 dives on the one-meter board of 510.00 set by Jake Chapman in 1999.