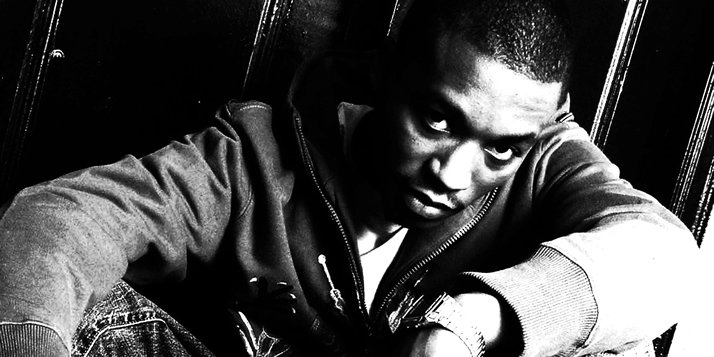 She said
That she would give me greatness
Status
Placement above all of the others
My face would grace covers of the magazines of the hustlers
Paper
The likes of which that I have never seen
Her eyes glow green with the logo of our dreams
The purpose of our scene
An obscene obsession with the bling...

So go lines from the title song of Lupe Fiasco's latest album, The Cool.

Now Lupe Fiasco, a Grammy-winning hip hop artist, is coming to Calvin College in what is to be the biggest concert of the year. Performing in the new Van Noord Arena on Friday, April 3, he will be one of very few hip hop artists to take the stage at Calvin since the student activities office began bringing concerts to campus in 1993.

Lupe Fiasco will join music artists such as rock band The Hold Steady, independent artists Julie Lee, David Bazan (formerly of Pedro the Lion), Vic Chestnutt and Over the Rhine, and breakout artist Aaron Strumpel for this year’s Festival of Faith and Music, April 2-4. The bi-annual festival brings artists and music-lovers together for an extended conversation about the intersections between faith and art.

For student activities director Ken Heffner, the three-day festival is a continuation of what he and his staff do throughout the year to promote Christian engagement with popular culture. They bring in concerts, show films and host fashion shows and video game nights to get students seeing these things through the eyes of faith.

"There’s a kind of teachable moment here,” Heffner said. "Because younger people … tend to be disproportionately interested in popular culture, you have a touch point there.”

Engagement with popular culture helps to bring Calvin’s curriculum to life, Heffner said. Students learn to take the theological ideas and Christian discernment they’re learning in the classroom and see how they play out in something they care deeply about. “The ideas kind of die on the vine if they don’t get practiced,” said Heffner.

And so students will have a chance to grapple with the ideas they learn at Calvin as Lupe Fiasco and others come to campus to present their art during the festival.

Bringing in the hip hop

Seniors Jenna Vanden Brink and Ryan Camp are part of the group that worked to bring Lupe Fiasco, The Hold Steady and others to campus for the 2009 Festival of Faith and Music. The decision to bring a hip hop artist to the festival was an important, but risky one, they said.

"Hip hop is something that in the four years I’ve been here, like Ken says, we’ve never legitimately tried because of some of the complexities that come with it—the language and stuff,” said Camp.

It’s important, the students said, because some hip hop—especially the type of hip hop that Lupe Fiasco creates, in the genre called “positive hip hop,” or “conscious rap”—speaks to social issues within the urban black community that need to be talked about:

Vanden Brink agreed: “I think it’s cool that Calvin can recognize that he’s doing something different, something positive. I just hope that people come to the show and listen to it,” she said.

The students can’t wait to hear Lupe Fiasco speak and perform at the festival, but they know that it will mean extra work for them as they listen.

"It’s definitely a reach for us as far as content and difficulty in discerning it,” said Camp.

The seniors both came to Calvin in part because they wanted the chance to become involved in events like the Festival of Faith and Music.

"I hadn’t done a lot with music in high school, but it was something I was always interested in. So when I came to Calvin, one of the things that attracted me here were the great concerts and the kind of music thing they had going on,” Camp said.

Vanden Brink, too, found Calvin’s student activities programming to be a major selling point when choosing a college.

"My parents are part of a community theater that does concerts in Livonia, Mich. I guess that’s where I got interested in doing this type of thing. But mostly, I was just attracted to the concert series at Calvin,” she said.

Many students and staff from schools belonging to the Council of Christian Colleges and Universities (CCCU) are also attracted to Calvin’s approach to popular culture. The festival draws a number of registrants from this group, and there are workshops specifically designed to share Calvin’s model of cultural engagement with those planning student activities at other schools, Heffner said.

"People are finding out about this festival because it’s one of the only places where you can find a conversation among biblically driven Christians about the renewal of all things,” he said.

Mission of the festival

Heffner’s philosophy of student activities departs from that of most other colleges and universities, both Christian and non-Christian.

"When I was brought in, I had this vision for how Calvin College could do student activities in a way that makes sense for the college, as opposed to how it’s done typically in higher education. It’s almost always treated as entertainment, as an escape, to distract students from other things, like drinking,” he said.

What kind of engagement with popular culture does make sense for Calvin? It’s the kind, Heffner says, that is tied up with the Reformed worldview that is a part of every class and activity at Calvin.

In Reformed theology, much is made of the extent to which sin invaded God’s good creation when Adam and Eve disobeyed God.

"There is this big view of creation, and there’s this very cosmic view of sin in which there aren’t just certain things that are affected by sin, but everything’s affected by sin because of the enormous power humans have, the high office humans have,” said Heffner.

It follows that when Jesus Christ made his sacrifice on the cross, he did so to redeem and renew all things on earth, not just human souls. Culture—including popular culture—is in the middle of a massive redemption project while the world awaits Christ’s return to earth to bring a culmination to it all. The project is so big, Heffner says, that God works to renew things outside the realm of Christianity, even.

The Festival of Faith and Music in particular offers a place where students look not only at where renewal is happening in popular culture, but also at where they might fit into the renewal project.

Cornel West, head of the black studies program at Princeton University, will speak just before Lupe Fiasco’s concert. West is a champion of the positive hip hop movement, Heffner said.

"We thought, let’s bring Cornel in to talk about why hip hop matters and what hip hop can do. If you’ve ever heard him speak, his lectures are a work of art,” he said.

Lupe Fiasco and Cornel West have never before met, though they’ve both spoken of each other publicly. In fact, Lupe Fiasco’s 2007 album The Cool is named after an idea West has spoken about in lectures. The two will meet for the first time on the stage at Calvin’s Fine Arts Center for an interview that has bloggers buzzing across the Internet.

Said one blogger: “Shoutout to Mary at Calvin College! She gave me the heads up that Dr. West agreed to interview Lupe at [the] Festival of Faith and Music this year. I am EXTREMELY excited to hear this news and can't wait to see the interview!”

The appearances of Cornel West and Lupe Fiasco will make this year’s festival bigger than it’s ever been, Heffner said, and yet there are many other artists and speakers who will contribute to the event. In addition to concerts and keynote lectures each evening, days will be filled with workshops on everything from advertising in the music industry to DJ music. On Friday, a Christian collaboration called the Bifrost Arts Hymns Project will lead the entire community in its weekly hymn sing in the Fine Arts Center.

Heffner has great hopes for the festival. He hopes it will be a place for people of faith with a particular interest in the arts to meet each other and start good conversations. He also hopes it will continue his—and the college’s—ongoing mission to help students remain engaged in timely and important issues in the broader culture.

"This festival, among other things, is a place where Calvin College gets to shine. It’s a place that shows what all this theological talk means,” he said.

Ultimately, the festival is a venue where students and other festival participants have the chance to be part of something that’s much more than entertainment—more than a place to find new songs to add to an iPod. It is, Heffner says, about what keynote speaker Andy Crouch talks about in his most recent book, Culture Making.

"If you really want to change culture,” Heffner paraphrases, “you have to make more. So you can’t just critique it, you have to dream up new ways of doing things.”

Heffner adds, “We want people to just dive into this project of culture-making.”

Read a review of the Lupe Fiasco hip hop show at Calvin.

Explore the many artists and speakers coming to the FFM.

See a schedule for the upcoming Festival of Faith and Music.

Register for the FFM.