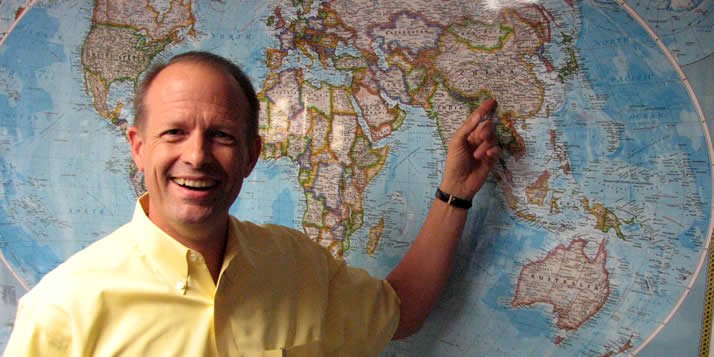 As a college sophomore, Calvin professor of business Leonard Van Drunen was not on track to become a future employee at Merrill Lynch or JP Morgan.

As a college sophomore, Calvin professor of business Leonard Van Drunen was not on track to become a future employee at Merrill Lynch or JP Morgan, working in high rises in New York City, Tokyo and London.

He was a theater major at Dordt College in the 1980s, acting in roles such as the Goblin King in The Hobbit.

But a year into the program, he made a discovery. “I wasn’t really good at theater. I was better than average, but there is no way I was going to make a living,” said Van Drunen. “I took an accounting class and economics on a trial basis.” He was instantly hooked: “I am quite analytical,” he explained. “It was really cool to analyze the way people make decisions; it really resonated with me.” One of the professors that got Van Drunen thinking economically was now-Calvin professor Evert Van Der Heide. “It is always gratifying when a student is sufficiently excited about academic work that they want to learn more,” said Van Der Heide.

After graduating in 1981, Van Drunen married his wife, Karen, and began graduate school at Purdue University. After receiving his PhD in economics in four years, he began teaching economics at the University of Utah. After three years, he took a detour, reasoning, “If I had some industry experience, I would be a better teacher.” His pursuits took him to New York, Tokyo and London, where he worked in various capacities for the investment banking division at JP Morgan.

Van Drunen admits he is not hometown-oriented. But he believes that wherever he goes, he requires one constant: “Regardless of where you live you need to find a Christian community. You need to break down a big city into different communities. For us, our frame of reference was the church.”

In 2004, while Van Drunen was working and attending the London School of Economics in England, his oldest son, Lucas, was on the college search. One of the schools he researched was Calvin College. “As a parent of a potential student, I learned more about Calvin, and I was impressed with how Calvin was so serious about integrating the Christian faith with the various disciplines,” he said.

Van Drunen began teaching at Calvin in 2005, “I no longer felt called to the banking industry. I felt called back to teaching,” he said. He joked that he followed his kids to Calvin. (His daughter, Katie, began attending in 2005.) He and Karen also have two younger children, Joseph and Peter.

Van Drunen’s research at Calvin has taken several trajectories, including how much and how quickly Christians should give away their money to help those in need. He has also researched socially responsible investing. “Should I be investing in companies that are making bad products, or treating their people badly, or should I only invest in companies that are doing the right thing,” he said. Lastly, Van Drunen contemplates why God created business.

“What is the greatest commandment?—to take care of people,” he posed. “How do we love our neighbor as ourselves? If you are in business as a Christian, you are in the business to serve mankind. It isn’t just about numbers and formulas, it’s about people.”

Besides contributing to the bustling business world, Van Drunen has a couple of hobbies. At the top of his list: skiing. Van Drunen has hit the slopes anywhere from British Columbia to Japan, but his favorite snowy destination will forever be the Salt Lake area in Utah. Cars and real estate also captivate Van Drunen. “I love things with motors and wheels,” he joked. Van Drunen’s first car was a Chevelle.

He knows at least one thing, though—his purpose at Calvin. “All students are in their formative stage of life,” he explained. “They’re thinking hard about why they are here. ‘What should I do with my life?,’ ‘Where should I go?,’ ‘Who is my clan?,’ who might be my spouse’—thinking about life’s big questions, and I like to be a part of that; that is why I am here.” 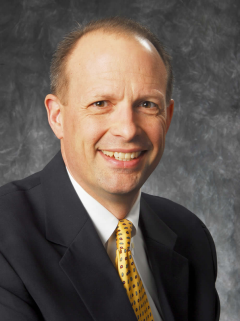