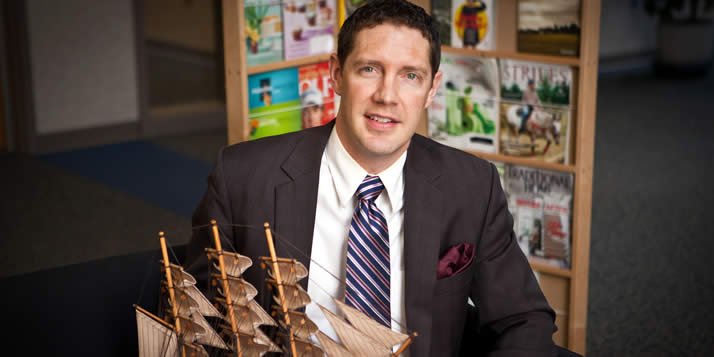 “Why are you changing majors?” she asked. “You’re not failing.”

The reasons he offered were boredom with chemical engineering classes and fascination with political science classes.

But Westra’s interest in political science began long before he took a class in it.

As a child, Westra was fascinated by maps and militaries. Even back then, he was asking the big questions—why did people fight? How did war shape the world?

Yet it was Westra’s skill in math that drew attention in school. His teachers steered him toward a career in a mathematical field. He planned to become a chemical engineer.

He resolved to earn his degree from a school in a major city.

Westra’s father was a pastor who preferred serving small towns, but country life never appealed to Westra. He saw college as a chance to escape it.

Making his getaway to Houston, Texas, Westra enrolled in the University of Houston honors college.

Although Westra still loved Houston and the university, by sophomore year, he had little affection for his major.

“I couldn't continue to work so hard at something I didn't really enjoy,” he explained.

Westra has no doubt switching majors was the right move.

“I don’t know if I can imagine being anything else. I really feel this is my calling,” he said.

Earning his PhD in 2004, Westra has been fulfilling that calling as a Calvin professor since 2007. His favorite part of the job is helping students make sense of the complex world around them.

“I’ll often say the world is our lab as social scientists,” he said.

Westra integrates his passion for teaching in his research by using student assistants.

“I’ve enjoyed the assistants; I’ve enjoyed mentoring them, and it’s good for them to get experience working on a major research project,” he reflected.

Westra loves seeing those students go on to successful careers of their own. He also counts global engagement of his own research a highlight.

Westra studies the security institutions trying to maintain world order. It’s a subject that builds on the questions about war and peace he began pondering as a child. He is currently working on a book about attempts to reform post-WWII security institutions. He plans to analyze what makes some efforts succeed and others fail.

A house of maps

While Westra’s early interest in war is more evident in his scholarship, his love for maps shines in his home décor. Westra’s collection of map reprints is on display throughout his house.

“Thankfully, my wife finds them aesthetically pleasing,” he laughed.

Westra’s favorites: a pair of 17th century city fortification maps from the Netherlands.

“I like them for their intricacy, the history they capture and their relationship to my broader academic interests, but also for their beauty—they’re works of art,” he explained.

They may be beautiful, but Westra’s maps offer little guidance in his latest venture: parenthood. He and his wife have a two-year-old son and a daughter on the way.

However, Westra enjoys the uncharted waters: “I love seeing the world anew through a child’s eyes and being reminded constantly to rejoice at the wonders of life.”

Westra discusses the situation in North Korea on a recent episode of WGVU's "Newsmakers."