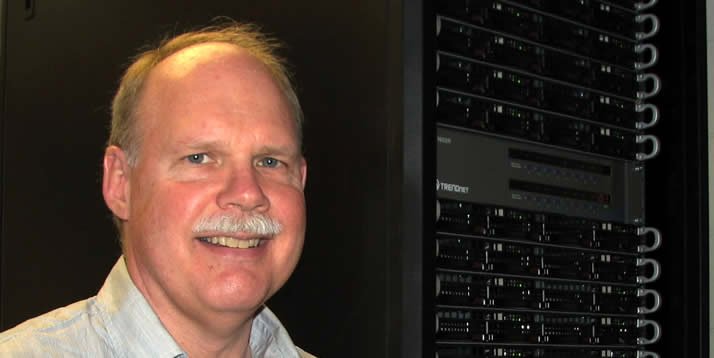 When Joel Adams was in junior high, he used to watch his father, a professor at Geneva College, do a chemistry problem every evening. “Each problem would take him three hours,” he recalled.

When Joel Adams was in junior high, he used to watch his father, a professor at Geneva College, do a chemistry problem every evening. “Each problem would take him three hours,” he recalled.

By the time Adams was in high school, handheld calculators were on the scene, and Adam’s father could do two problems every evening. When Adams the younger was in college, however, he was able to program an Atari with the formulae from the back of his father’s book. “Then he could do problems in a matter of seconds,” recalled Adams. "It was amazing to automate those mechanical steps and get such a huge gain in productivity. It completely changed how he prepared for his classes.”

Adams is fascinated by the speed and ease that technology offers. During his career at Calvin, he has helped build the college’s three supercomputers as well as a supercomputer in Iceland.

From psychology to computing

However, computer science was not the only thing Adams was interested in as a young man. Raised on a farm in western Pennsylvania,  he earned his first bachelor’s degree from Geneva in psychology. During the four years it took to earn a second bachelor’s in computer science, he taught physical education and science to seventh through 12th graders at Beaver County Christian School.

“It was frustrating because a lot of the kids got their cues for reality from TV … ,” he said. “I had to spend 20 to 30 percent of my time keeping discipline in order to maintain a learning environment for the others kids.  Grad school looked good because, if you teach at college, you don’t have those discipline problems.”

Adams chose graduate school in computer science rather than psychology because it was easier to get into than medical school.

In 1988, Adams was working on his PhD at the University of Pittsburgh when he met Harry Plantinga, a newly-hired faculty member there. Adams was planning to graduate in May of the following year, but he got some unanticipated news:

“My adviser told me I had a month to finish,” Adams said. “I needed to graduate in December. That put me in the job market way out of sync with normal interviewing and recruiting.” Plantinga recommended that Adams apply for an open position at Calvin. He interviewed over Thanksgiving break and started working at Calvin in 1989.

Adams has enjoyed his time at Calvin, something he feels is connected with the size of the school. “Calvin is not so small there are no resources for research,” he explained, “and it’s not so large that you’re just a number. Calvin also has remarkably good students.”

But there is a further connection between Adams and Plantinga. When Adams was hired, Plantinga urged his sister-in-law, Barbara Van Harn, who worked at the college, to be nice to him.

“One thing led to another, and they eventually married,” Plantinga recalled. “That presented a problem when I applied for a job at Calvin. Calvin’s nepotism policy was unclear, so we had to get the president’s approval for me to work here. So telling her to be nice to him almost cost me this job.”

The Adamses have since had two sons, Roy and Ian.

Adams has largely pioneered supercomputing at Calvin. In 2000 he secured a National Science Foundation (NSF) grant to build Calvin’s first supercomputer, dubbed Our Hypercube Multiprocessor, or OHM for short. The second supercomputer, created in 2008 through another NSF grant was named Dahl (after Norwegian computer scientist Ole Johan Dahl, one of the pioneers of computer simulation and object-oriented programming.) In 2007 Adams also helped design and build a small, portable supercomputer called Microwulf, which cost only $2,500 (just over 1 percent of what the second OHM cost.) He uses Microwulf to teach at area schools.

“He’s good at getting NSF grants for the department,” said Plantinga. “That helps us get involved in deeper scientific research and makes us get known more broadly for the research we can do here.”

Adams builds supercomputers with something called a Beowulf cluster—a group of ordinary computers networked together in order to split the tasks of processing. Originally, Adams said, scientists would simply buy supercomputers. But because manufacturers were unable to provide the necessary software support, scientists decided that they needed a different solution. “So instead,” he explained, “researchers got a bunch of PCs, hooked them together so they could communicate and used free open-source software that they could update and change as needed.”

(The name, he went on to say, came about because “NASA workers saw themselves as liberating researchers from the tyranny of manufacturers just as Beowulf liberated the Danes from Grendel.”)

In the spring of 2005, Adams built a supercomputer for Iceland’s Reykjavik University. A Fulbright grant paid his way, but the job he expected was not the job awaiting him. Adams originally applied to set up a computer science program at the Technology University of Iceland, but by the time he arrived, the school’s needs had changed.

“The government had decreed that the school would merge with Reykjavik University and become its school of engineering,” Adams explained. “Reykjavik University already had a computer science program, but it didn’t have a supercomputing course. I talked with the dean about what building a super computer with a Beowulf cluster would entail. So then the IT folks went and bought the machines.”

Adams does not restrict himself to the realm of computers. He grew up with outdoor activities and has raised his sons to enjoy sports as well. “I played college football,” he said, “and my kids play soccer.”

His wife is included in the fun, too; the couple mutually gave each other a canoe as a wedding present. “Someone told us that if you could canoe together, you could survive life together,” Adams recalled, “so we went canoeing before we were married.”

The Adamses also go camping every summer with a group from their church because Adams believes that “there’s something very nice about the ability to enjoy nature.” 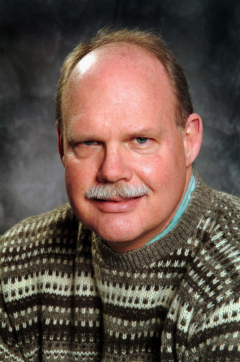