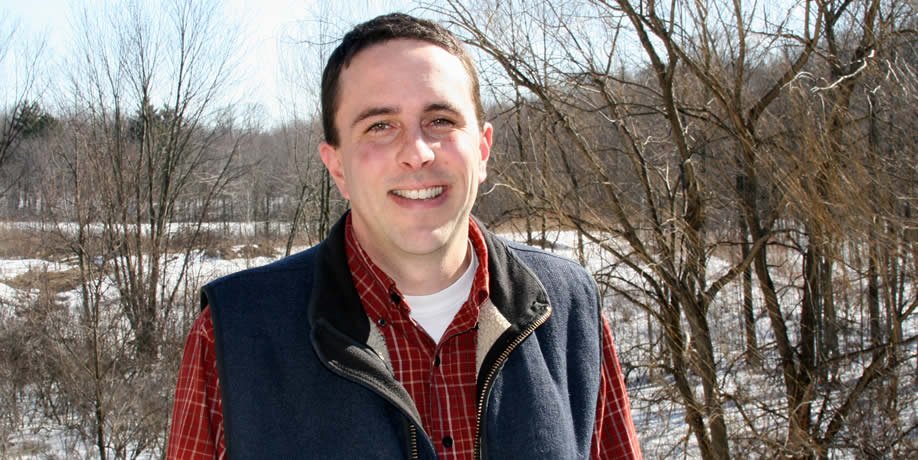 In an ideal world, Calvin professor James Skillen says, his job description would be simple: backpacking. "Unfortunately, though, that’s not how it works," he joked.

In an ideal world, Calvin professor James Skillen says, his job description would be simple: backpacking. “Unfortunately, though, that’s not how it works,” he joked. Skillen, who teaches in the geology, geography and environmental studies department (GEO), researches federal land policy and its implementation.

"Because the federal government owns about 30 percent of all the land in the U.S., it acts as a major land-use planner,” Skillen explained.

Currently, Skillen has an advance contract for a political history of ecosystem management. “It’s a management paradigm that federal agencies and other organizations are trying to implement,” Skillen said. According to those who follow ecosystem management, Skillen explained, the best way to manage land and resources is to manage along ecological boundaries rather than political ones.

"What makes this project fun is that it both looks at policy and gives me the opportunity to dig into some philosophy of science, some basic question of political theory,” Skillen said. “I’m getting to do some more reflective work with this project, which I really enjoy.”

Skillen, who grew up in Annapolis, Md., says his interest in land management started when he was a sixth-grader going on field trips to national parks. After earning a degree in environmental science from Wheaton College, Skillen worked several seasons for the U.S. Forest Service. "But I really missed ideas,” Skillen said, “so I went and got a master’s in theology from Gordon-Conwell Theological Seminary.”

In 2006, Skillen graduated with a PhD in natural resource policy from Cornell University; he then taught at Valparaiso University through the Lilly Fellows Program for two years.

Tying it all together

After completing his postdoctoral work at Valparaiso, Skillen was offered a job at Calvin College. “What’s really nice about teaching at Calvin,” he said, “is that in the environmental studies capstone, I get to pull in some of my work in theology and ethics. It’s just an amazing fit.”

But Skillen’s contributions to his department go beyond simple classroom teaching. He has helped develop a new environmental studies major that the GEO department plans on introducing next year, and he teaches an interim class in Oregon.

Henk Aay, Skillen’s colleague and the founder of Calvin’s environmental studies program, and Johnathan Bascom, the department’s current chair, describe Skillen as “a wilderness purist who is happiest on a ridge or in a trout stream—but [who] also delights in using nature’s classrooms for student instruction.”

Skillen believes that the GEO department’s strength lies in its diversity: “The professor in the office on one side of me is a physical geographer who works in earth science, but the guy on the other side of me is a cultural geographer who specializes in geographic information systems cartography and researches the geography of terrorism. We’re all really different, and it works really well.”

The art of baking

When he finishes work for the day, Skillen returns home to his wife Beth and his sons Sam and Ben, who are seven and five, respectively. “We like camping, fishing and baking,” Skillen said. He and his sons have mastered the art of baking Dutch almond pastries, but his ultimate goal is to build a wood-fired bread oven: “I’m on a mission to produce a really good baguette,” he said, “and the standard kitchen oven is just grossly inadequate for a lot of breads.” 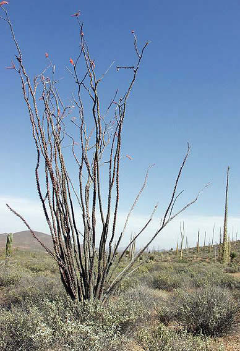 Ocotillo, a desert plant native to the Southwest