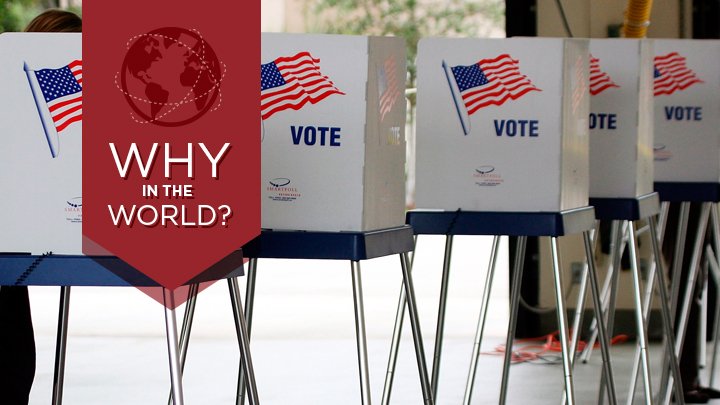 Focusing on today's headlines through a Reformed lens is the way Calvin thought leaders fearlessly engage with and boldly impact culture. With the Iowa Caucus just over a week away, political science professor Doug Koopman offers his thoughts on who will emerge as the GOP's nominee and what ultimately will make the difference.

What single issue will hold the most weight for Republican voters as they decide between the GOP front runners?

The main issue will be who is the most unlike President Obama and most likely to reverse his legacy, particularly in foreign and defense policy and in healthcare by repealing and replacing Obamacare. Whereas in point of fact the world is relatively peaceful, and the domestic economy about as good as one can reasonably expect, it won’t sound that way while the Republican primaries are in progress.

Will Donald Trump win the nomination? If not him, who do you predict will represent the GOP in the 2016 race?

As of this writing (in mid-January), I would say Donald Trump is the most likely Republican nominee. He’s masterfully test-marketed themes and ideas, dropping those that don’t resonate and patching together those that do in an impressionistic and emotional appeal to rank-and-file conservative voters of both parties. There is a path to him losing, but that will require two things happening fairly quickly. First, it will require Ted Cruz to stay in, splitting to some extent the same demographic as Trump. Second and more important, three of the four more traditional candidates—Rubio, Bush, Kasich, Christie—will have to drop out and consolidate behind a remaining one, most likely at this point to be Marco Rubio. Both these events are possible, which leads me to suggest Marco Rubio as the next likely nominee behind Trump.

Who stands the best chance against Hilary Clinton and/or Bernie Sanders?

I agree with the conventional wisdom that Marco Rubio would be the best one-on-one candidate against Hillary Clinton in a general election. He can make a very attractive “new generation” argument against her, and his working-class roots help as well. I also think he would be the strongest against Bernie Sanders, for roughly the same reasons, although I’m of the opinion Sanders would be harder to beat than Clinton.

If Donald Trump does win the nomination, who do you think he’d ask to be his running mate?

Ted Cruz is by far the most likely running mate for Donald Trump. They have for the most part been cordial to each other, and they claim many of the same positions. I would not be surprised if this were announced by Trump before the primary season ends if he remains the leading candidate by accumulating the most delegates. Longer-shot candidates would include U.S. Rep. Steve King of Iowa, or Mo Brooks of Alabama.