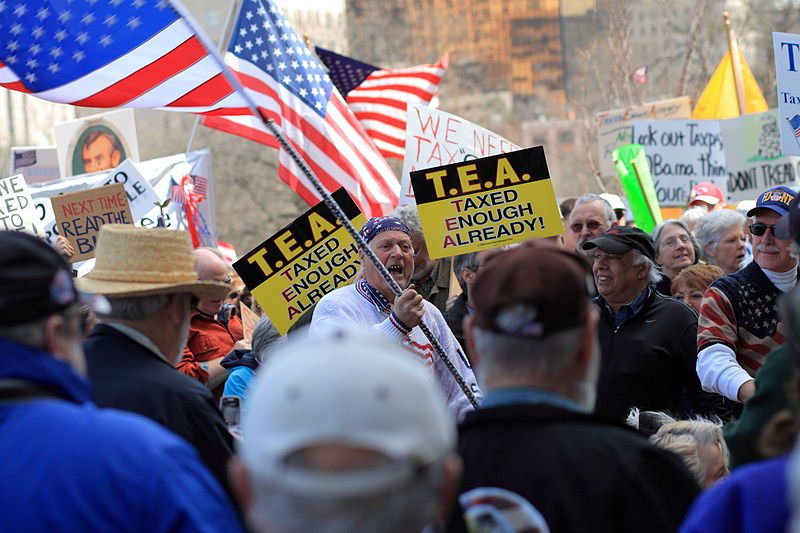 Will Katerberg is a professor of history and director of the Mellema Program in Western American Studies at Calvin, a post he has held since 2000. On April 14, he presented the 2010 Mellema Lecture titled "Extremism is No Vice: The Mainstream Roots of Radicalism in the American West Since 1920," a talk on social and political extremism on the right and the left in the American West and larger nation. Recently he shared his thoughts with News & Stories about extremism, its roots in American culture, modern-day extremism, current distrust of institutions and even the Tea Party Movement.

When did you develop an interest in extremism?

I was writing a book called Future West about science fiction and utopian fiction set in the American West. One of the chapters was on right-wing utopian fiction; a major point of focus in that chapter was the utopian vision of militia and white supremacist movements—and I wrote extensively on a novel called The Turner Diaries. Doing research on that novel, which helped inspire the Oklahoma City bomber Timothy McVeigh, for example, led me to be interested in these movements. And so from there, when I was thinking about my next project, I thought, "Well, I want to incorporate something on that kind of extremism."

What do you mean by radical and extreme?

By radical I mean someone who rejects the institutions and social patterns that define a society, someone who wants to create, by social evolution or by revolution, a society that’s different at root. A reformer wants capitalism to work better, say, but a radical wants a new system, say a form of eco-socialism. By extreme I mean someone who believes that society is so corrupt or government is so tyrannical, the only options are to separate from that society or change it by revolutionary, violent means.

How did you get interested in utopianism and radicalism?

I grew up in the Reformed tradition and that tradition has, at its best, not accepted the status quo. It asks "what is the relationship between the better life or the better world envisioned in the heavenly kingdom, in the new heaven and the new earth, and how is that connected to life here and now?" Plus I read a lot of science fiction and utopian fiction as a kid and enjoyed stories about societies that are radically different from our own. So there are lots of deep roots in my own upbringing and my own experience that lead me to be interested in visions of better lives and worlds.

Why do you argue that radicalism and extremism are more mainstream in the U.S.?

My starting point (when I began this research) was to say that radicalism and extremism are more mainstream in American culture because of its revolutionary heritage: this is a nation that started in revolution, so the idea of the right and obligation to overturn an unjust government is part of the American culture. These ideals are woven into our political culture, into the way we think and feel about the world, by the people who founded our government, its constitution and institutions.

How does that tie into today’s extremism movements?

I think many extremist groups believe that what they're doing is going to make America a better place, either by creating something new or by returning to a rightful tradition, in the fashion of the Founders (of the United States). So the title of my talk, while a play on Barry Goldwater's 1964 quote, was also a deliberate attempt to say to people: "We need to, as Americans, reconcile ourselves to our own revolutionary heritage, to both its potential for good change and also its potential for a more nihilistic kind of, “Let's tear things down’ impulse.” The impulse, at the moment, seems to be more about being angry and without a clear sense of what you'd put in its place. The militia movements seem to know what they don't like, but their vision of what they'd put in its place is very vague.

Is there something about this age that breeds extremism?

I think there are three things that make our era ripe for this kind of radicalism and extremism. (At the moment there's more of it on the right, but I think there's as much potential in the medium and long term for radicalism on the left.) First, 30 years of stagnation, or decline, in wages and standards of living for the middle class and working class; second, the decline of the welfare state, and by “welfare” I mean, in general, programs for job training, government funding for public education at the grade school, high school and college and university level, social services; and third, the changing makeup of the American society with the bulk of immigration, legal and illegal, to the U.S. since the 1960s increasingly coming from Asia and Latin America. In addition, you have in political culture, on both the right and the left now for 40 years, increasing criticism of American society and increasing distrust expressed about the powerful institutions of American society, both corporate and government institutions.

What do you make of the Tea Party movement?

Well, Tea Party's interesting because there are historical examples of groups that are on the edge or the margins of mainstream politics, and my guess is that the Tea Party will be like them. I'm not sure yet if it's an example of extremism. I think some people will move from the Tea Party into an existing political party and become activists there. Or perhaps they will create a third party. But they will become activists in a mainstream political movement and try to elect people to local, state and federal office. Others may move to forms of politics outside of the mainstream in the same way that, in the 1950s, some people moved from the John Birch society into the Republican Party and others went more extreme—into the precursors of today’s militia groups.

How do things like talk radio, 24-hour news channels and the internet play into extremism?

It's tempting to overestimate the revolutionary quality of these new media. The press in the 1800s was as partisan, or maybe more partisan, than the media today. And people on the right and the left have been effectively using new modes of communication, whether it's radio, film, TV or direct mail, throughout the 20th century. The internet is simply the newest medium for populist and radical groups, on the right or the left. What is new about the internet is that it allows ordinary individuals to participate to a greater degree than they ever were able to before. Today, with a $300 dollar computer, a video camera and an internet connection, you've got all the technology you need to start your own website, create videos, e-mail responses to newspapers and journalists.

How does religion factor into extremism?

What religion often does is raises the stakes. So when you disagree with others about something, whatever you're fighting about, whether it's fighting in the literal sense of using violence, or fighting in the figurative sense of lobbying or court cases or the political party process, religion can raise the stakes from an ordinary day-to-day disagreement to a cosmic conflict. That can lead people to see those they disagree with as enemies, rather than as competitors or fellow citizens with whom they disagree. When you've got those cosmic stakes, if people are unhappy with what a government does, there's much less room to say, “Well we didn't win this election, but we'll win the next one, and change things.” If the stakes are cosmic, you can't have that kind of patience or see people that you disagree with as fellow participants in a common political process. Even people who are radical, or those who oppose people they see as radical, can still trust a shared political process. When that trust is lost, we get extremism and a willingness to consider and use violence. The more we can see people as fellow participants in a shared social and political process, I believe, the better off we all are. 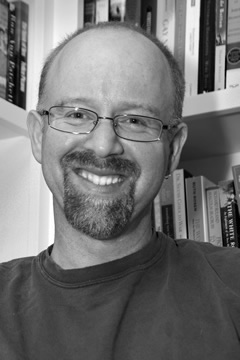 Below are some resources recommended by Will Katerberg for people interested in digging deeper into extremism, including some websites he surveys on a regular basis.

James A. Aho, The Politics of Righteousness: Idaho Christian Patriotism ~ "A good study, based on interviews, of how people are socialized into extremist movements."

Curtis J. Austin, Up Against the Wall: Violence in the Making and Unmaking of the Black Panther Party ~ "An excellent history of the various programs of the group, its political views, and the sometimes violent conflicts it had with police."

Michael Barkun, Religion and the Racist Right: The Origins of the Christian Identity Movement ~ "It looks at the religious and political roots of this movement, going back to the 19th century."

Kathleen M. Blee, Inside Organized Racism: Women in the Hate Movement ~ "This book is based on interviews— good on how radical groups work socially."

Daniel Levitas, The Terrorist Next Door: The Militia Movement and the Radical Right ~ "A good general survey of the roots and growth of the movement."

Catherine McNicol Stock, Rural Radicals: From Bacon’s Rebellion to the Oklahoma City Bombing ~ " A sweeping history of rural extremist movements from the colonial era to the 1990s."

D.J. Mulloy, American Extremism: History, Politics, and the Militia Movement ~ "Its approach is similar to my own in connecting the militia movement to the historic roots of American political culture, but more narrowly defined than mine in focusing on militia groups and in not discussing the significance of religion."

Evelyn A. Schlatter, Aryan Cowboys: White Supremacists and the Search for a New Frontier, 1970-2000 ~ "Looks at how the movement draws on the mythology of the frontier West."

Leonard Zeskind, Blood and Politics: The History of the White Nationalist Movement from the Margins to the Mainsteam ~ "It is a journalistic account by an activist who focuses on the 1970s to the present."

"Left-wing Extremism: The Current Threat" (prepared by Karl Seger for the U.S. Department of Energy in 2001)

"Right-wing Extremism: Current Economic and Political Climate Fueling Resurgence in Radicalization and Recruitment" (prepared for the U.S. Department of Homeland Security in 2009)

Southern Poverty Legal Center
~ A civil rights organization that tracks hate groups and domestic terrorists across America and uses litigation, education and advocacy to oppose them. It regularly reports on individual groups and publishes surveys of hate and terror groups across the nation.