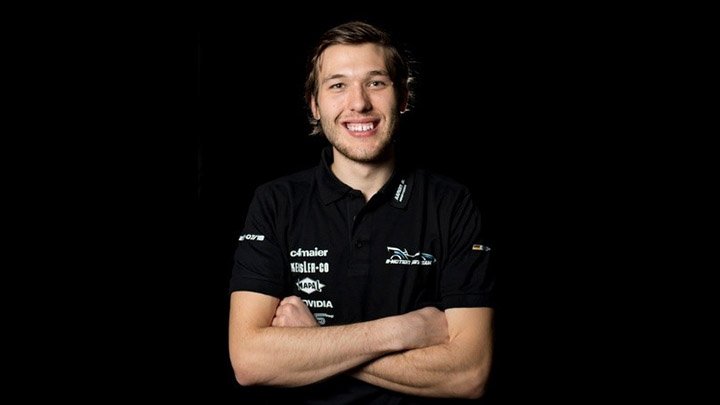 Last year, senior engineering student Aaron Berry applied to the Congress-Bundestag Youth Exchange program and was one of 75 young professionals selected by the U.S. Department of State to live in Germany for a year, representing the U.S. culturally, diplomatically, and professionally.

“Going into the program knowing no German and with no support system was a really good personal challenge,” Berry said.

He spent two months taking intensive language courses—classes were eight hours a day, five days a week—before studying for a semester at Aalen University of Applied Science in southern Germany, which provided a much less overwhelming context for language learning. In addition to being able to practice more German and take part in classes, Berry was also able to join the university’s electronic formula racing team, building an electronically powered race car.

After the fall semester ended, Berry interned with the luxury carmaker BMW’s Thermodynamic Application group. As a mechanical, not automotive, engineer, he noted there was a learning curve, although his experiences with garage motorcycle repair and thermodynamic courses at Calvin both helped. “It was nice to apply something I learned from my classes to an internship,” Berry added.

He was tasked with building an engine simulation so that other engineers and mechanics could pre-test engine-part changes without having to build expensive physical prototypes. Berry found the task to be very individual—he would be given data to work with and a date by when he’d be expected to present his results and then was set loose.

“It was a very different work experience than in the states,” he said. “In Germany, workers have a lot more benefits, but when you’re at work, it’s just business, and a lot less personable.”

Berry, now in his final year at Calvin, has reconsidered his plans for after graduation due to his time in Germany. While previously he was planning on going directly into industry, “working at BMW, I realized I wanted to continue doing research, and as most [research and development] engineering positions are filled by masters and PhD students, I’ve decided to pursue graduate school.”