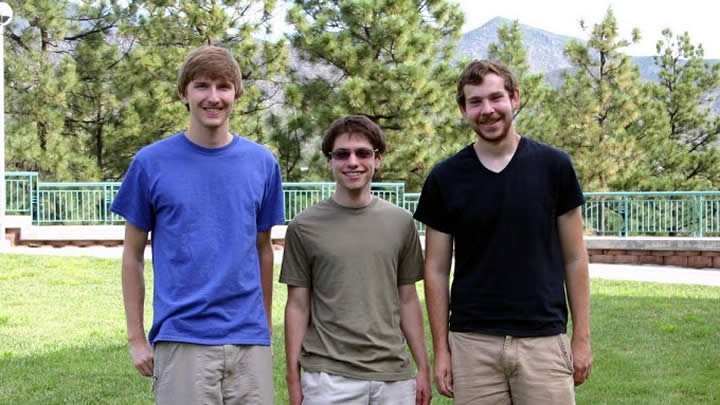 Carson Wiens, had the opportunity to work with some incredible computer technology this summer.

“It was so fun to tour and poke the fastest machines in the world,” he remarked.

To give an idea of how massive the machines he worked on were, Wiens commented that they were often in touch with the local power company. “They use enough electricity for 18,000 people all turning on their lights all at once,” he said.

Wiens, a computer science major, spent the summer at the Los Alamos National Laboratory in New Mexico. While the lab is known for its classified work, Wiens worked with supercomputers.

Currently a junior, Wiens enjoyed the challenge of aiding research and seeing the ins and outs of such a large lab. His work wasn’t all fun and games though. These machines and the people who work with them are incredibly large and smart.

And to give an example of the capabilities of the technology, Wiens said they did a simulation of the BP Oil Spill in the Gulf of Mexico soon after it first happened. “They modeled the ocean currents all over. The simulation predicted exactly where the oil would be a week, a month, a year out.”

Computer science majors like Wiens are in high demand. Just ask computer science professor Victor Norman. He said that the department gets calls three or four times a week from major companies taking particular interest in students in the program.

What makes Calvin students so desirable to the corporate world?

According to Norman, it’s Calvin’s liberal arts education that sets them apart.

“Calvin students are distinctive because of the liberal arts. Especially with computer science majors—it makes them better at communicating, more well rounded, and able to see the big picture.”

Opportunities during and after college

Norman commented that the opportunities for Calvin grads seem unlimited. Some such grads have gone on to large companies such as Google and Facebook after graduating. Many intern while at Calvin and then continue on with the same companies.

Other opportunities available to computer science majors include the many different interim trips that the department takes. This year Professor Vander Linden will be taking 12 Computer Science majors to Payap University in Chiang Mai, Thailand, to work with software used in language translation, in particular Bible translation.

At the end of his summer internship, Wiens gave his research to the company at a technology presentation. His small group went on to submit their work at a Supercomputing national showcase in New Orleans. Wiens admitted to being a little nervous about such a daunting opportunity. “I have to talk to PhDs and try to sound as smart as possible.”

But because of his opportunities, Wiens feels more prepared for life after college. “Now I know my options.” Because he was given free creative reign to learn how to solve problems and understand the real implications of the computer science field he now feels that he has a better understanding of the opportunities available to him.

Norman remarked that computer science is not as boring as some think it to be. “It’s a very creative discipline, just as much as art or writing. It’s difficult getting students to write beautiful, hospitable code.”