Discovering beauty at the intersection of disciplines 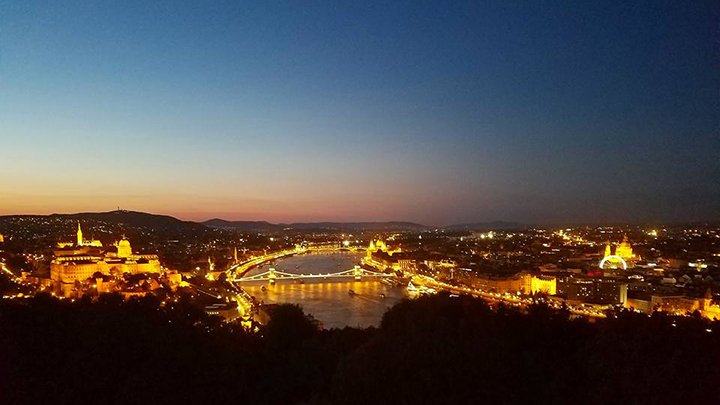 “I just knew that I loved looking at language and how it worked and especially looking at other languages.”

Entingh, a Hudsonville (Mich.) native, was looking to stay in the Midwest, ideally hoping to find a smaller private institution that had a major in this area of study. “Calvin stood out because first of all the number of academic programs they have … it was surprising to me that Calvin had linguistics,” said Entingh, a senior linguistics major. “But also, the focus Calvin places on interdisciplinary education, that was something I was really interested in.”

And that interdisciplinary model is something he’s appreciated greatly over the past four years, “all the different ways everything I’ve been studying meshes together.”

So studying linguistics opened the door and Calvin’s interdisciplinary approach would allow Entingh’s love of language to develop new accents.

“Linguistics was my road into seeing that I had a broader interest in anthropology and cultural studies. So that’s how linguistics worked out for me,” said Entingh. “It’s a really interesting major because you can do so many different things with it. I’ve definitely enjoyed the past four years of all the different ways I’ve looked at linguistics and cultural issues.”

And that’s included being able to study another culture up close during the Hungary semester his sophomore year—opening Entingh up to Eastern European Area studies and all its history and culture.

“My semester in Hungary was a very challenging semester, but an incredibly rewarding one,” said Entingh. “The relationships I built with people, everything I was able to experience, and the communities I was able to be a part of during that time very much transformed my orientation toward the rest of my college career.”

And it has prepared him for greater opportunity. A few weeks ago, he received word he would be heading back to Eastern Europe after graduation as part of the Fulbright U.S. Student Program. The Fulbright grants promote educational exchange between the United States and other countries. Beginning in January 2021, Entingh will be heading to Bulgaria for six months as an English Teaching Assistant. He’ll teach English in a secondary school setting and also be involved in some community development initiatives.

“I’m just excited to go back to that region of the world, but specifically to get into a community, get to know a community, and get to work with that community,” said Entingh.

He says he’s grateful for the opportunity, but most importantly for the relationships that led him to it.

“That’s probably my favorite thing about Calvin, the professors and the relationships you get to build with professors. Part of what I was so thankful for in applying to Fulbright is that I was able to have professors as recommenders who I have been very close with, who I’ve worked closely with. You get to build that close relationship with a professor and get to know them and get to build a lot of relationships that look more like a mentorship,” said Entingh. “And that goes for class sizes too. When you get a smaller class like you do at Calvin, you can discuss things more in depth and you can form a really cool community with the group of people that you have.”

After Fulbright, Entingh says he is planning to start a graduate program in applied anthropology. He hopes to use anthropological methods and theory to inform development practice.

“That is something I really caught onto at Calvin,” said Entingh of the intersection of anthropology and international development. “I took my intro anthropology class and my class in community development at the same time, so I took them together and looked at it and thought these are similar things. So, long story short, I’m looking forward to pursuing being able to do ethnographic research, but also research that informs development practices, specifically in Eastern Europe.”