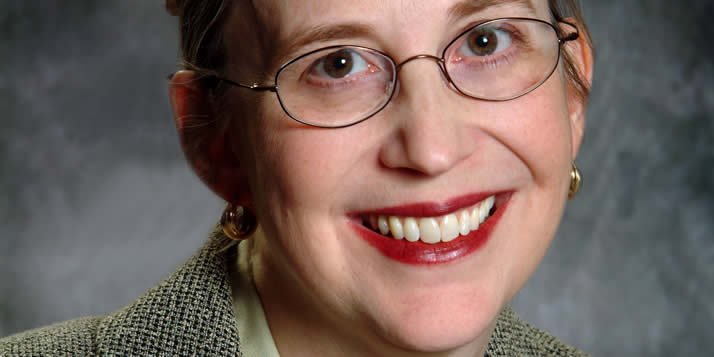 Dean of the chapel Laura Smit

It's part of everyday life - depicted in movies and described in books. Everyone, it seems, has experienced it at some point in their lives. So why then, asks Smit, do so few actually talk about it, especially in the church?

Smit explores that question and others in her new book: Loves Me, Loves Me Not: The Ethics of Unrequited Love.

When Smit came to Calvin as a professor in 1999, she started talking to students about the issue, and also taught two Interim classes on the theory of romance.

"Almost everybody can tell both sides, of being both the rejected and the rejecter," she says. "The challenge for the students was how to handle both sides in a thoughtful, Christian way."

"The goal," she says, "is to offer tools for disciplined self-examination of our feelings, for accepting responsibility for things we can control, and for finding grace in those things we cannot control."

Smit's belief is that if people, particularly young people, had more support in making the decisions they do about love they would get married for better reasons and there would be fewer divorces.

"The church is so marriage oriented," she says. "There's no room in most people's lives for worrying about things like unrequited love."

In her interviews, Smit found that pressure to marry is put on students by their families more than their peers.

"Because of this," she says, "they often marry for the wrong reasons: out of fear, out of anxiety or out of a desire to have sex."

Smit believes that the fact that the divorce rate among Christians is no less than the national average demonstrates that "we clearly are not doing the marriage thing properly."

In her book, Smit suggests that singleness should be the default.

Those who choose to marry should "marry someone because he or she will make you a better Christian or he or she will assist you in serving God's kingdom."

She adds: "This makes choices pretty obvious; I should not be dating someone who brings out my worst qualities or doesn't believe in God. The experience of romance should never outweigh that."

Adopting this attitude allows for contentment in an otherwise marriage-obsessed culture, she says.

"It allows people to give up the idea that there is one person that I should be out there shopping for."