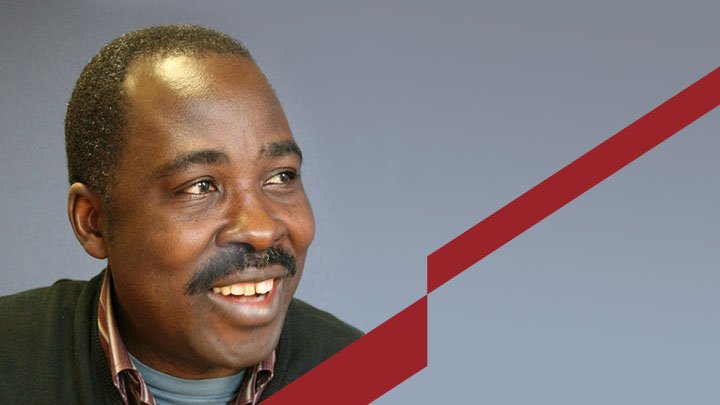 For a quarter-century Bourdanné has been making outstanding and diverse contributions to the encounter of the gospel with public life in Africa and throughout the world.

Daniel Bourdanné, general secretary of the International Fellowship of Evangelical Students (IFES), is the recipient of the 2018 Abraham Kuyper Prize for Excellence in Reformed Theology and Public Life. Bourdanné will receive the honor, which comes with a $10,000 award, on Monday, April 30, 2018, during the Kuyper Conference hosted by Calvin College and Calvin Theological Seminary.

“Daniel’s focus on the development and ministry to and for the whole person, individually and in society, is an inspiration to integral and responsible Christian public work,” said Michael Le Roy, president of Calvin College, who is a member of the committee who selects the Kuyper Prize winner.

The Kuyper Prize, established in 1996 and named after Dutch theologian Abraham Kuyper, is awarded each year to a scholar or community leader whose outstanding contribution to their chosen sphere reflects the ideas and values characteristic of the Neo-Calvinist vision of religious engagement in matters of social, political, and cultural significance in one or more of the ‘spheres’ of society.  The prize and conference are funded thanks to a generous grant from Rimmer and Ruth De Vries. “Calvin College and Calvin Seminary are grateful to Rimmer and Ruth for helping to advance Christian engagement with culture. We are honored to be partners in this purpose,” said Le Roy.

Bourdanné wears many hats as an evangelist, theologian, scientist, administrator, and publisher. For a quarter-century he has been making outstanding and diverse contributions to the encounter of the gospel with public life in Africa and throughout the world. He has also been a leading advocate of a biblical theological vision as it relates to all areas of public life.

Bourdanné joins an esteemed group of past winners of the award, which include a Pulitzer Prize-winning writer, Templeton Prize-winning philosopher, a prime minister, and a pair of U.S. ambassadors, to name a few.

“A quarter-century ago, Daniel saw a need for Christian students to have guidance, from a Christian worldview, on a variety of topics that were of great concern to them, and so he took action,” said Jul Medenblik, president of Calvin Theological Seminary and a member of the prize’s selection committee. “Establishing a French-language Christian press to engage these topics and his many years of service to IFES are just a couple of the significant ways Daniel has exerted influence in this area.”

After receiving the award, Bourdanné will give the Monday evening plenary award lecture emphasizing how the numerical growth of Christianity in Africa requires an intensified focus on the importance of a lasting qualitative growth and discipleship. Bourdanné argues that the theological task and responsibility of African Christianity today is to contribute to the flourishing of African society by articulating, sharing, modeling, and living out a fresh contextual and biblically grounded imagination. The Kuyper Prize lecture is open to the public and will be given at the Calvin College Chapel, Monday, April 30 at 7:00 p.m.

The Prize lecture is part of the Kuyper Conference, which is being held Monday, April 30 and Tuesday, May 1, at Calvin College. The theme of the plenary sessions of this year’s Kuyper Conference is “The Future of African Public Theology,” and in addition to Bourdanné’s Kuyper Prize lecture, the conference features Emmanuel Katongole of the Kroc Institute for International Peace Studies at the University of Notre Dame, Nicholas Wolterstorff, professor emeritus of philosophical theology at Yale University and past Kuyper Prize recipient, and Anne Zaki, a professor of practical theology at the Evangelical University in Cairo.

For more information on the conference and the award, contact Jordan J. Ballor, Kuyper Conference Coordinator, at jballor1@calvinseminary.edu or 616-617-7669 or visit https://calvin.edu/events/kuyper-conference/.