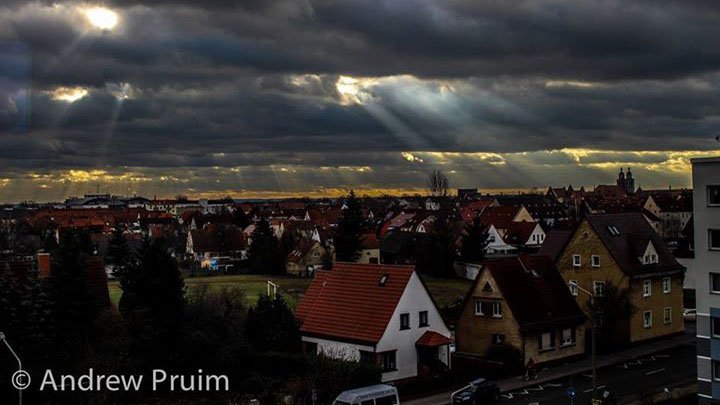 Beginning in September, Ahee Kim and Kate McLain will serve with the Berliner Stadtmission, working in two different districts of Berlin.

Ahee Kim and Kate McLain completed their four-year Calvin College education on May 19, 2018. Kim graduated with majors in German and interdisciplinary studies; McLain, with German and mathematics. Now, the two are ready to head out on their next adventure. This one takes them 4,200 miles east of campus.

Kim and McLain were selected as interns in the German Freiwilliges Soziales Jahr ((FSJ) (Volunteer Social Year)) program for 2018-2019. Beginning on September 1, 2018, the two will be serving with the Berliner Stadtmission (Berlin City Mission), working in two different districts of Berlin. Their work is centered around helping support recent refugees to the area.

Kim will be working in the Wedding district, doing mission work in that community through theater projects. She’ll also be helping with the development of a new neighborhood that will help support refugee integration into the district.

McLain will be working in Kreuzberg, helping plant a church directed toward immigrants and refugees. She will also be volunteering in a program in Spandau that helps refugees learn through various activities and workshops (language coaching, interactive cooking, etc.)

“This is a unique opportunity for Kate and Ahee and is a good example of how language learning and intercultural skills developed at Calvin can be a springboard for Christian service,” said Corey Roberts, associate professor of German at Calvin College.

Kim says her time at Calvin taught her how to appreciate diversity, build cross cultural competence, and fight for social justice. She says she was also intellectually challenged to understand international politics and development in her classes and that she built relationships, life skills, and values through her involvement in residence life, internships, and study abroad programs.

But, she says it all started by gaining an understanding of a simple term.

“I first heard of the term ‘refugee’ during second semester of my freshman year in Human Rights class. That was when I learned about the refugee crisis and how different countries were handling the problem,” said Kim.

A year later, through an internship working with refugee children during one of her study abroad experiences at Calvin—a semester in Vienna—it all started to sink in.

“Though the children and I had different mother tongues, we somehow communicated with our novice German. In fact, as I sang, read, danced, did Taekwondo, painted with them, I saw the hope glowing in the eyes of the children. These children without the label ‘refugee’ were just like any other children who were quick to learn and grow. They liked making a mess in a play room and running down the hallways. At the same time, they were not afraid to try something new, to fall on skates and to give each other the hands to stand back up again … They were the few friends who genuinely welcomed me every time I visited. Then I was convicted that I want to affirm how valuable they are in this world.”

Her conviction was leading her to action. On her most recent interim trip to Sierra Leone with education professor Jo Kuyvenhoven, she learned the importance of continuing to develop expertise when working for international development, which raises her excitement about this next venture in Berlin.

“It is my hope to gain more experiences and improve my German language skills during the time as an FSJ intern, so that I can be more competent to work for development,” said Kim.

For McLain, she’s long had a passion for mission work and the German language. Growing up, she was involved in various volunteer ministries and participated in mission trips with her church youth group. Coming to Calvin, she says, helped her grow in her faith and claim it as her own. She was also challenged to see the world from new perspectives.

“I have developed a support network of professors, coaches, and friends, and it is from this support network, along with the love and support of friends and family back home, that I feel comfortable and confident going to serve in Berlin,” said McLain. “As German is one of my majors, I am excited to apply and further develop my German language skills while in Berlin.”

Like Kim, McLain’s passion for working with refugees has been strengthened through experiences while at Calvin, and through relationships she’s developed with refugees.

“A few years ago, I became involved with a refugee family in my hometown and really developed a connection with them. Since then, my passion for refugees has only grown, and I have been able to be involved with refugees in other opportunities. Through all these experiences, I have found that I am often blessed just as much or more by the people that I am serving than I am a blessing to them. I have learned so much about life and have been able to develop deep and meaningful friendships.”

Most recently, Kim and McLain cite their involvement as student assistants in the Calvin College Refugee and Immigration Collaborative in 2017-2018 as playing an important role in preparing them for their upcoming venture. The collaborative, supported by the Calvin Center for Christian Scholarship and the Calvin Alumni Association, also included five Calvin faculty members and six alumni. Kim and McLain say their involvement in this group provided them with a deeper understanding of refugee and immigration policies and a biblical perspective on the matter.

Kim and McLain’s work in Berlin begins in September 2018 and runs through August 2019. 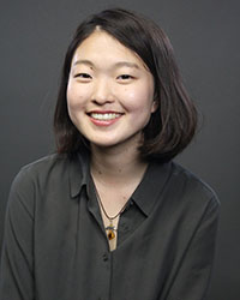 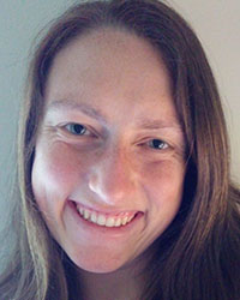