Community rallies to support colleague who lost her husband 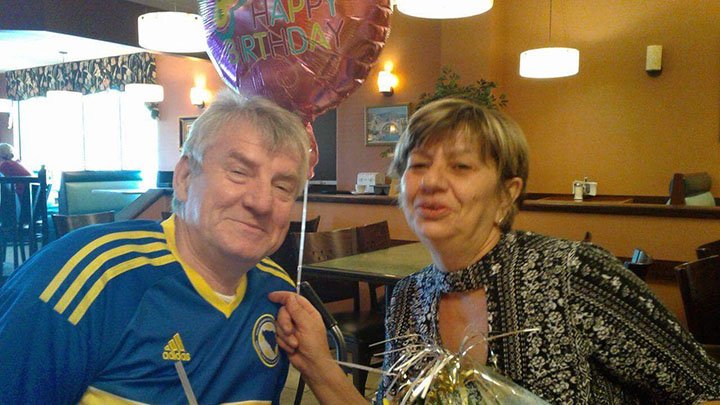 Ramiza Fazlic moved to Michigan with her husband and two sons a little more than 17 years ago. The family of four had lived in Germany as Bosnian refugees for the previous eight years. The life the family had established in Bosnia was torn apart, said Fazlic. “I was an accountant, we had a good place to live and a nice home in Bosnia, but we lost everything in the war,” she said.

Fazlic started working with Calvin’s dining services shortly after moving to the United States. Fazlic has spent most of her time at Johnny’s and has enjoyed the community there. “The people at Johnny’s have always been so good to me,” she said. Students and faculty agree that Fazlic has been a constant blessing on campus. “I remember Ramiza being such a bright light at Calvin,” said Manato Jansen, a junior. “On the mornings when I really needed coffee to keep me going, I would go to Johnny's to buy some. Ramiza's positive attitude and warm greetings would make my day. She spreads happiness to students every day.”

This past June, Fazlic unexpectedly lost her husband Frenki. The couple had been married 40 years when he passed away from lung cancer that had been diagnosed only days before. Fazlic said her husband’s funeral expenses had cost her more than $9,000.

Daniel Pilarski, a member of Calvin’s information technology department, believed that the Calvin community would want to support Fazlic. He reached out to her to see if she needed any financial help and then started a GoFund Me campaign to help offset the cost of some of the funeral expenses. Fazlic was completely surprised by the generosity of the community. “In less than an hour, $2,500 had been raised, and it just kept going from there,” said Fazlic. “I could not believe it.”

In less than three days, members of the Calvin community had donated $10,000, something Fazlic was never expecting. “Daniel had asked me if I needed any kind of financial help; I never expected anything like this,” she said. “It makes your heart overwhelmed to know so many people love you.”